The U.S. regulatory agency, Federal Communications Commission (FCC), is preparing to vote on a proposal that will open the entire 6GHz band for users without a license. Officials say the move would help meet the rapidly growing demand for Wi-Fi services. The plan was first proposed in October 2018 to use the 1200MHz spectrum for unlicensed operations. This spectrum will be for low-power use while high-power operation will use the 850MHz range. 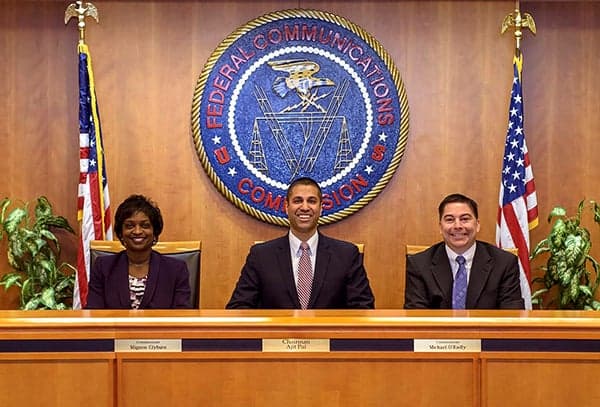 Ajit Pai, chairman of the FCC, emphasized that by 2022, nearly 60% of global mobile data traffic will be transferred to Wi-Fi networks. He adds that the adoption of this proposal will “effectively increase the available spectrum of Wi-Fi by nearly five times…Ultimately, I expect 6GHz unlicensed devices to become a part of consumers’ daily lives”

The move got the support of technology companies such as Apple, Facebook, Google, and Qualcomm. Associations like Wi-Fi Alliance and the Wireless Internet Service Providers Association also support the move. These companies/associations believe that this move will stimulate innovation. According to them, it will also provide critical relief for the increasingly crowded Wi-Fi band.

However, operators oppose this move, and industry organization CTIA believes that this plan missed the opportunity to provide key mid-band licenses for 5G. According to CTIA Executive Vice President, Brad Gillen, the U.S IF spectrum is lacking. He called on the FCC to “develop a road map to make up for the deficit…”

Next iOS 14: Apple will copy two new functions from Android