Today, Chinese manufacturer, Meizu officially announced that the upcoming Meizu 17 will have a customized unicorn colour scheme. According to the company, the Meizu 16s Pro is the world’s only unicorn customized model. This device has been favored by the majority of consumers. Thus, the Meizu 17 will continue this special edition design. 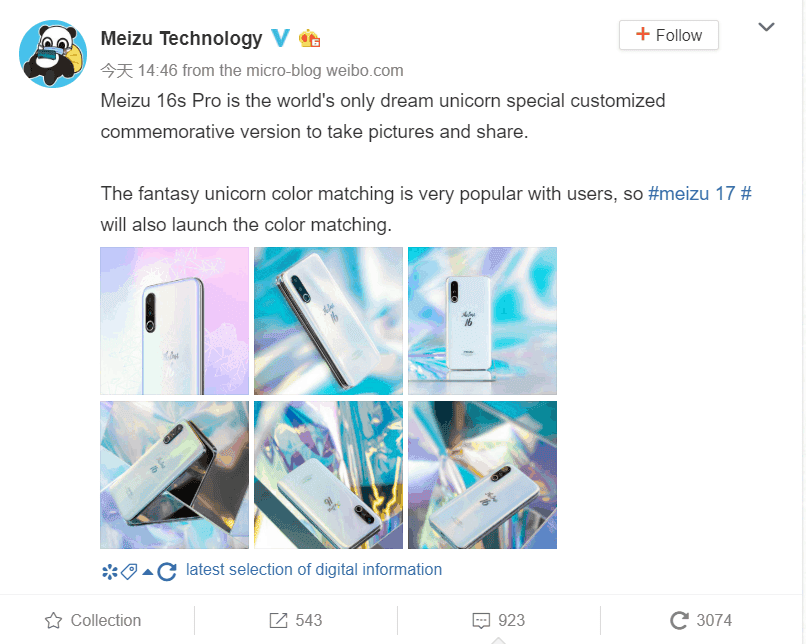 According to recent information, Meizu 17 will come with a Snapdragon 865 5G processor, LPDDR 5 memory, UFS 3.0 flash memory. Furthermore, the display is a 6.5-inch 90Hz AMOLED punch-hole screen with an optical on-screen fingerprint sensor. This smartphone comes with a quad-rear camera and a 4500 mAh large battery capacity. Both Meizu 17 / Pro charging heads have passed 3C certification. The certification shows that the former supports 30W fast charging, and the latter 40W. It also comes with a horizontal linear motor, dual stereo speakers and other configurations.