The tablet manufacturing industry is not really lucrative and a couple of OEMs has technically pulled out. Apple has a strong grip on the global tablet market and it doesn’t seem like it is losing that grip anytime soon. However, the likes of Huawei and Samsung are not giving up. Samsung is getting set to unveil the Galaxy Tab S6 while the new Huawei MatePad is set to hit the market. Recent information shows that Xiaomi may still be in the tablet game. We have the very first information regarding the Redmi Pad 5G. This purported device is the very first tablet from Redmi and it allegedly supports 5G. 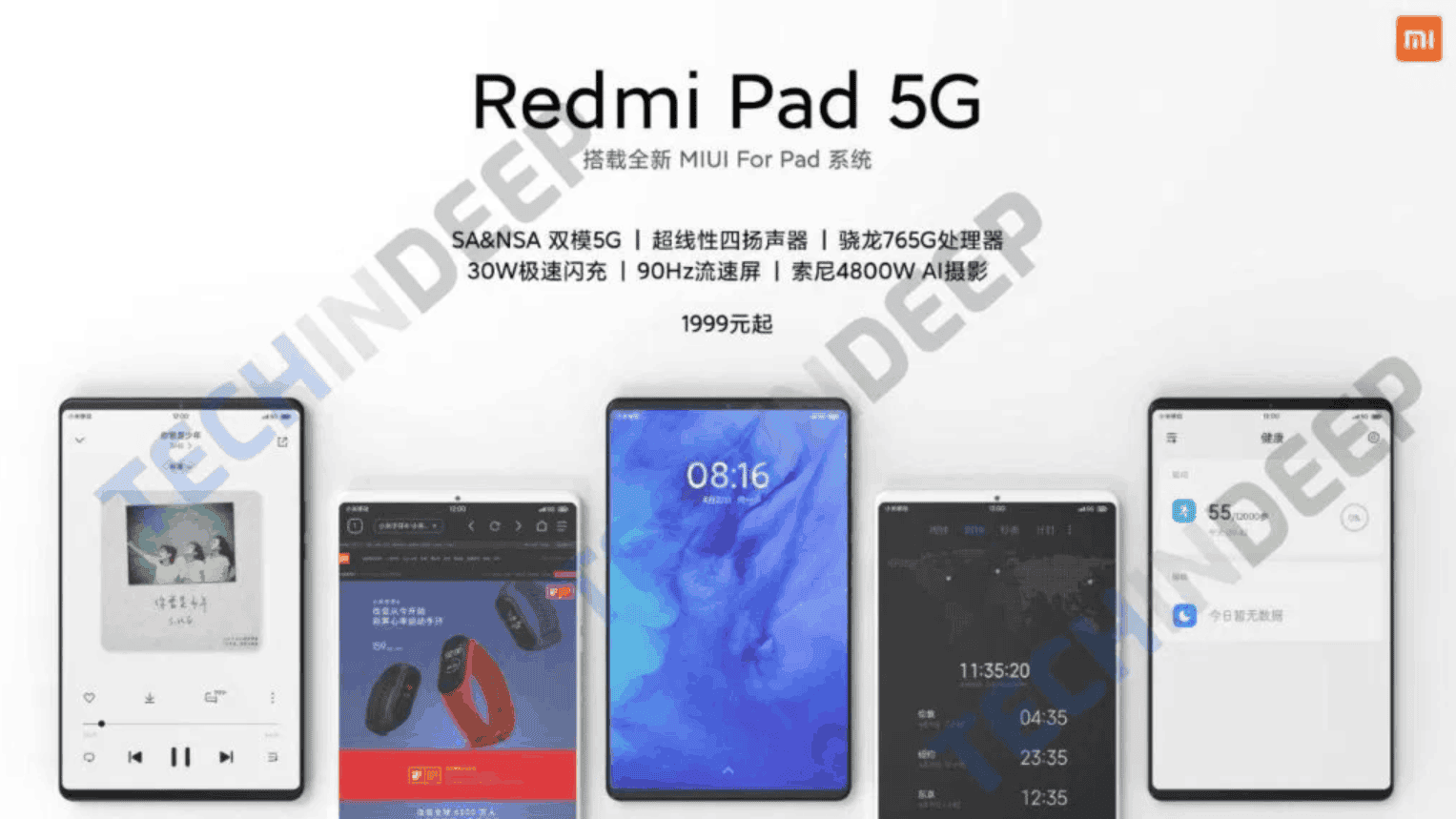 Recall that Xiaomi has a long history in the tablet market. Between 2014 and 2018, the company released about five tablets which include the Xiaomi Mi pad, Mi Pad 2, Mi Pad 3, Mi Pad 4 and Mi Pad 4 Plus. However, after the launch of the Mi Pad 4/Pad 4 Plus in 2018, it seems like the company lost interest in the tablet market. Nevertheless, this will not be the first time that Xiaomi will give a two-year gap for successive tablet generations to arrive. The Xiaomi Mi Pad 2 hit the road in 2015 while its successor, Xiaomi Mi Pad 3 hit the shelves in 2017.

Xiaomi is getting set to unveil the Xiaomi Mi 10 Lite and MIUI 12 on April 27. Information from Techindeep claims that Xiaomi may also release the Redmi Pad 5G at this press conference. A poster of the Redmi Pad 5G also hit the web. According to the poster, this tablet comes with a Qualcomm Snapdragon 765G chip and uses the MIUI For Pad system. This tablet also comes with ultra-linear four speakers, 30W wired fast charging, 90Hz display, and a 48MP main camera.

It will be available in black and white colour options and will start from 1999 yuan ($282). As of now, we can not authenticate Techindeep’s report. Thus, it is best to grab this information with a pinch of salt.

Previous Meizu 17 series 5G flagship invitation is here! - to launch on May 8th