Back in August last year, leading smart wearables maker, Huami, showed a glimpse of their new Amazfit X smart band. Now, the company has confirmed with a teaser page that it will be released via Indiegogo, a crowdfunding platform on April 28th.

Going into the details, the Amazfit X has been finally listed on Indiegogo, an America-based crowdfunding platform and that sounds really interesting. The website lists the band with a curved-screen that can perform both smartwatch and fitness tasks in style. Since the smartwatch was already showcased a while back, describing it as a class-leading futuristic concept with experimental features, it is safe for Huami to crowdfund the product rather than mass produce it. 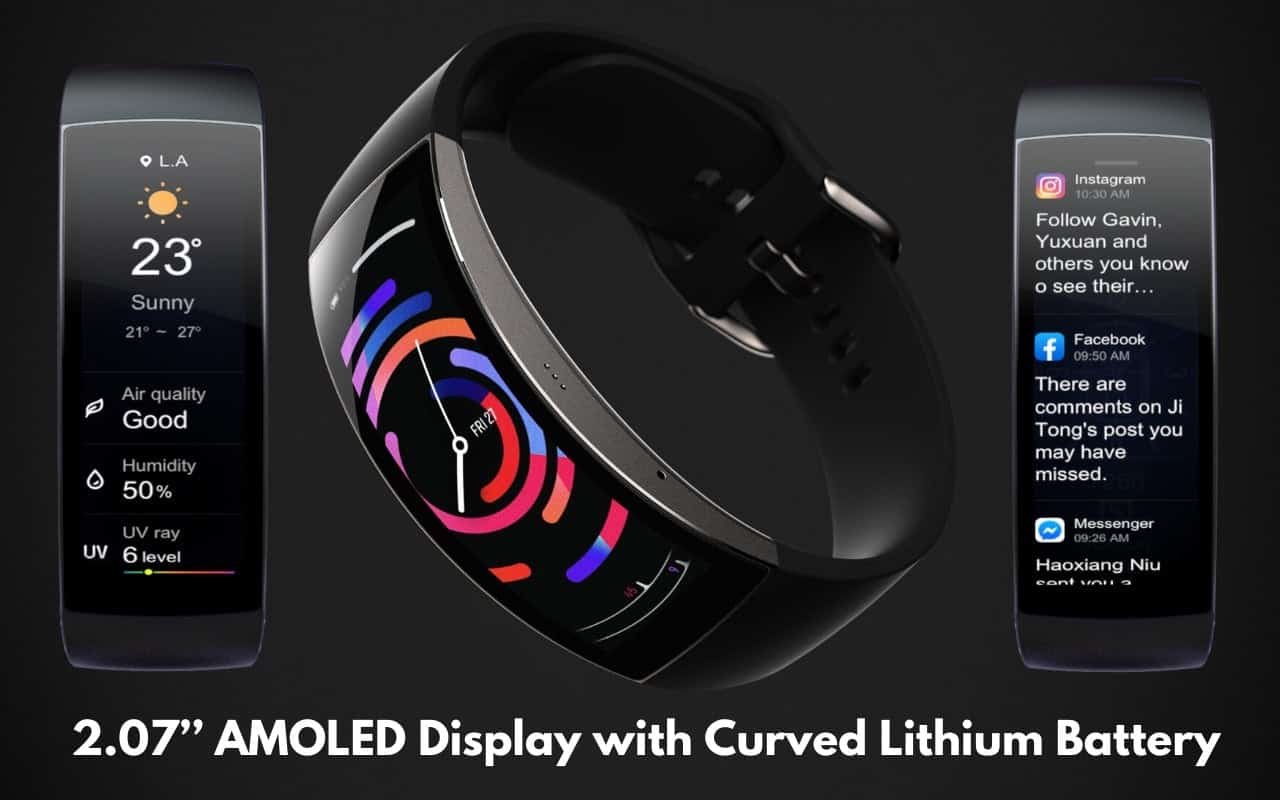 The specifications of the smartband include a confirmed 2.07-inch screen that is curved to 92°. It is an AMOLED screen with 100% NTSC colour gamut, and a  pixel density of 326 PPI. The brightness will go as high as 430 nits which is great for a smartwatch in outdoor scenarios. The 3D curved glass, which is as thin as 12.5mm has a pressure-sensitive button, housed inside an all-metal body.

Under the hood, the Amazfit X will come with a 3-segment motherboard owing to its curved structure, but the specification of it is yet to be known. The whole watch is powered by a 220mAh battery, and Huami had already claimed that the battery will last for as long as 7 days. We’ll have to wait for that to see if this claim is true during our in-depth review.

Additional features of the smartwatch will include App notifications, loads of tracking modes, a heart-rate monitor BioTracker™ PPG sensor, and hidden electronic buttons for controls. The price of the Smartwatch is yet to be revealed and with just 2 days more, we won’t have to wait long enough.

Next Motorola Confirms The Launch Of Motorola Edge Plus In India