Chinese manufacturing giant, Xiaomi, releases a alot of smartphone devices every year. However, it usually releases two flagship series, one in its Mi line-up and the other in the MIX series. The company has already released the Xiaomi Mi 10 series. Recently, Redmi’s general manager, Liu Weibing confirmed that the upcoming Redmi K30 Pro will not be “better” than the Xiaomi Mi 10 series. This means that if we will see another flagship from the company this year, it should be the Xiaomi Mi MIX 4.

Recently, at the Xiaomi Community, a commenter responded through a Xiaomi Mi MIX 4 smartphone. His response on Weibo shows that he is typing from the Xiaomi Mi MIX 4. Given that this smartphone has not been released, it raised a lot of dust in the Mi Community. Well, a lot of things are possible in the digital world. We do not know if this user is truly commenting from a MIX 4. It is possible that the user found a way of making his comment reflect whatever he wants.

Later, accidentally, the phone appeared on Geekbench 5.1.1 website. According to the GeekBench screenshot, the phone scores 922 points in the single-core test. The multi-core score is 3320 points. The picture shows that the Xiaomi Mi MIX 4 sports the Snapdragon 865+ mobile platform. It has a main frequency of 2.96GHz. 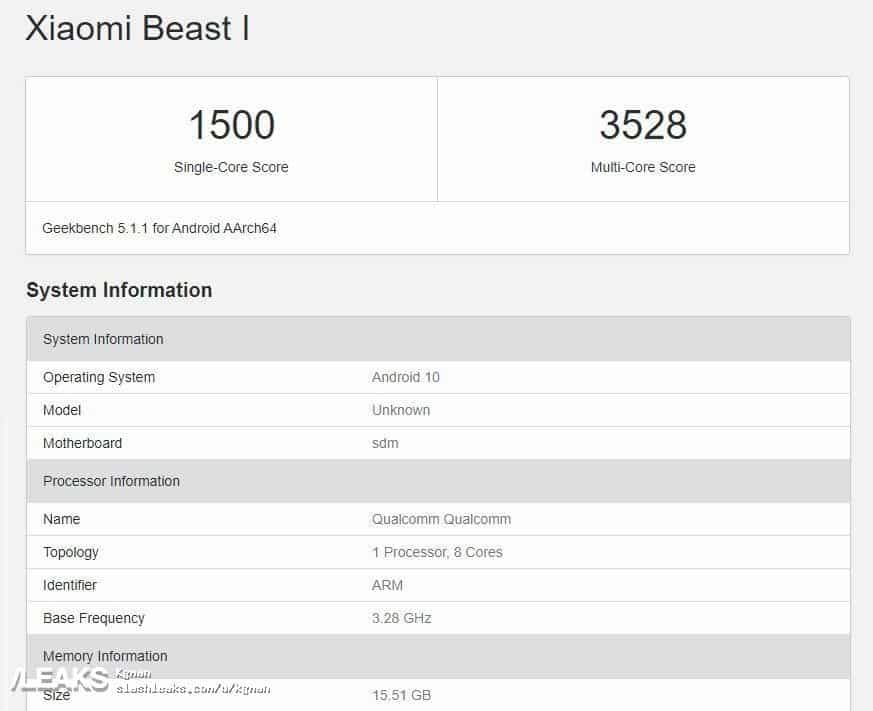 Now, we have another Geekbench passage by a mysterious Xiaomi smartphone. We expect it to be a variant of the upcoming Mi Mix 4. The phone has 16GB of RAM and has a better score that the previous model.

Xiaomi has already launched the Black Shark gaming smartphone with 16GB of RAM, so it could be possible to offer a variant of the upcoming Mi Mix with the same amount of RAM. However, we have no official confirmation from the company yet and we will wait for the leaks to come.