Chinese manufacturer, Oppo, makes smartphones with the ColorOS. This system is Oppo’s deep integration skin on top of the Android system. The company recently announced that the global monthly active users of the ColorOS are now over 350 million. It is interesting to see that Oppo ColorOS has more monthly active users than the popular MIUI which has 310 million active users. 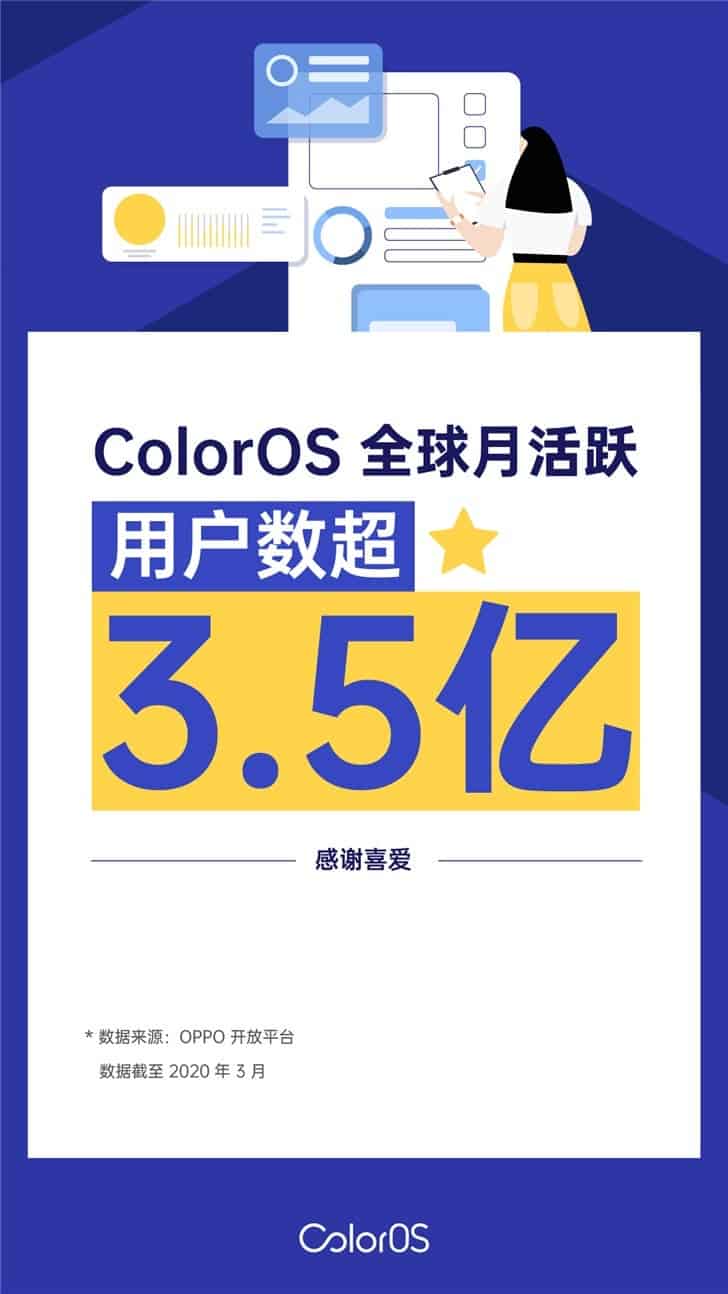 Oppo’s ColorOS currently supports 72 languages, covering more than 140 countries and regions. Over the past seven years, there has been good progress in ColorOS development. As of 2017, the ColorOS Software Store had a cumulative distribution of over 100 billion. ColorOS is currently on its 7th generation (ColorOS 7) which is currently rolling out in phases.

The new ColorOS 7.1 arrived with the Oppo Find X2 series, which brings the O1 super-sensing image quality to the 120Hz refresh rate screen. In addition, the new system comes with a smoother operation which improves its efficiency. ColorOS 7.1 comes with a number of practical functions such as super text, call translation, recording to text, and so on.

In addition, ColorOS 7.1 also brings a new Hyper Boost 3.0. This feature intelligently adjusts the system resource allocation according to the user’s usage scenarios. It also ensures a stable game frame rate and reduces game power consumption. According to Oppo laboratory data, Hyper Boost 3.0 can increase the CPU resource utilization efficiency by up to 30%, reduce the power consumption by up to 12%, and reduce the temperature by up to 1.4 °C. After turning on Hyper Boost 3.0, Peace Elite can run 90FPS high frames stably for a long time.