Back in February this year, Samsung announced the Galaxy S20 series and its second foldable smartphone named Galaxy Z Flip. The new foldable adopts a clamshell-like build. Therefore, we have a device that when unfolded looks more like a traditional smartphone. This isn’t the case of the Galaxy Fold that when unfolded basically becomes a tablet. The Galaxy Z Flip came plenty of color options like Mirror Black, Mirror Gold, Mirror Purple. Moreover, a limited Thom Browne limited came later. Now, a new report indicates that the upcoming Galaxy Z Flip 5G variant of the foldable will include a new brown color. 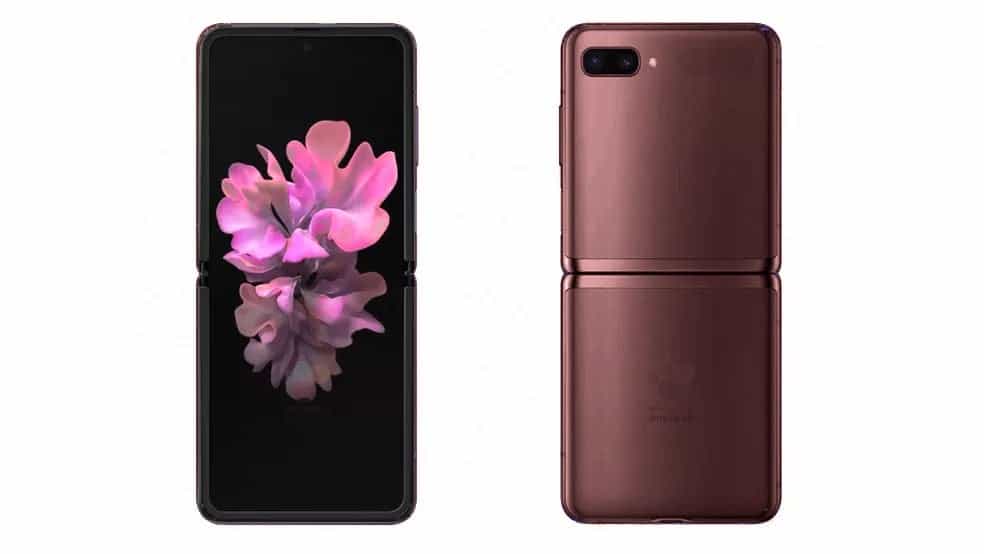 The information comes from sources that are very familiar with the matter. According to the report, the new handset will indeed include this Brown color, however, the marketing name of it is currently unknown. We believe that Mirror Brown doesn’t make any sense at all. According to rumors, the new Galaxy Z Flip sporting 5G connectivity will go official along with the Galaxy Fold 2 and Note 20 series in August.

The original phone came with the Snapdragon 855+ SoC. Now, it remains to be seen if Samsung will keep this chipset or will upgrade it to a newer Snapdragon 865. Neither of these chipsets comes with an integrated 5G modem. For that reason, the 5G connectivity will be given by an independent modem.

Previous Nokia 3.1 Plus is getting Android 10 update with April 2020 security patch

Next LG Stylo 6 Specifications Leaked, Stylus Smartphone On A Budget?