After several leaks on May 8th, Cubot P40 got officially announced today and even made its first official appearance globally. The biggest surprise comes with its pricing as it costs just $89.99 ! That’s an unprecedented price for a quad-camera phone with a 4GB+128GB memory combination.

There are of course other excellent budget phones on the market but the Cubot P40 could be easily the most appealing in its price range. Starting at just $89.99, the global sale will open on June 6th on AliExpress with special featured brand activity, It comes with pretty solid specs so let’s check it out in more detail.

The Cubot P40 comes with 6.2-inch waterdrop Incell screen and HD+ resolution. The bezels are pretty narrow, offering a screen to body body ratio of just 90.3%. The main camera is the killer feature of the phone as it’s a quad-camera setup consisting of a Sony® IMX486 12MP lens and 3 sub-cameras. The selfie shooter features an AI-driven Samsung S5K2T7 20MP sensor.

Cubot P40 is powered by 1.8 GHz quad-core MediaTek Helio A22 chipset based on the 12nm process, paired with 4 GB RAM and 128 GB of internal storage, making it is one of the most affordable 4+128GB smartphone in the market. Also a real 4,200 mAh battery without any falsehood or advertising trick, NFC chip or USB Type-C port  The phone is running the latest stock Android 10 system without any bloatware. There are total three colors to choose from – Black, Blue and Green.

We got officially confirmed that, P40 will finally kicks off its global sale on June 6th on AliExpress with price as low as $89.99. Shipment will then start within 2 weeks. 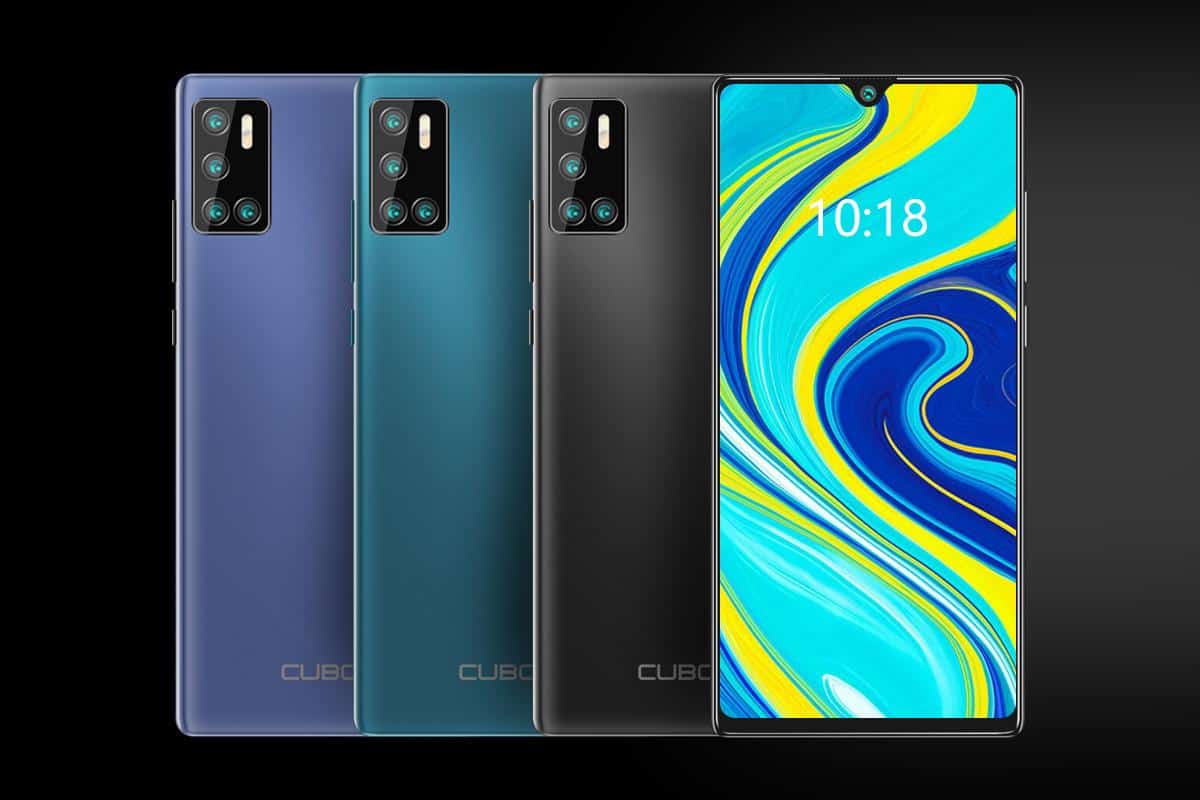 Overaly the Cubot P40’s specs look very impressive, especially considering its competitive price of $89.99. The phone should prove to be a worthy contender for the budget segment of the smartphone market, especially during the COVID-19 pandemic. You can also add the device to your cart already, so you will be notified when the presale begins. Last, but not least Cubot is recruiting 10 trial users to test the phone so if you want to be among them, head over to their official website to join the giveaway and see the full specs.