This morning, Honor announced through the official Weibo channel that the Honor Play 4 will be released on June 3. Also, the company revealed some worthy information concerning this handset. Say, it will support 40W super-fast charging. As a reminder, and there is only one day left until the launch of this new product. 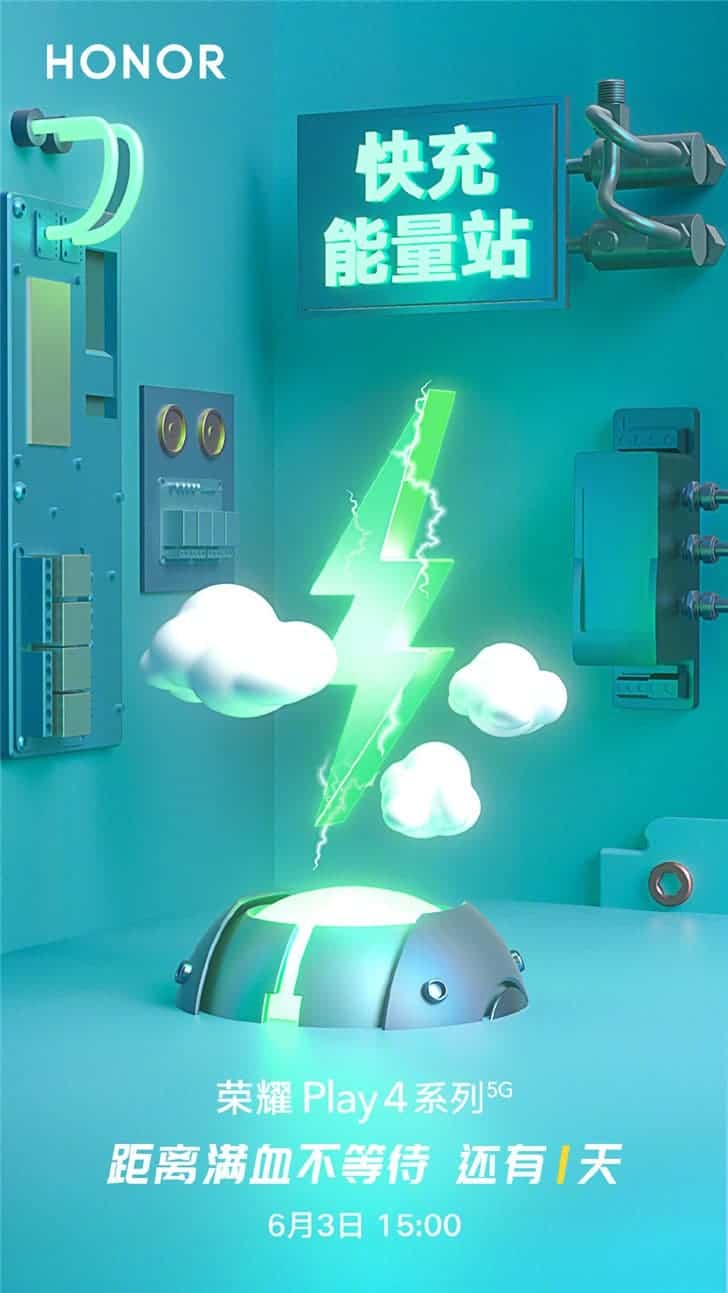 According to the official poster, the base below the picture looks like a wireless charger. Combined with the 40W superfast charge information, we speculate that this may be an official hint that the machine will support wireless charging.

As the previous news revealed, the new Honor Play 4 series products will have at least three color options, namely black, blue, and white. In addition, the machine will come with a vertically-arranged rear quad-camera module. Moreover, the phone has passed through the website of the Ministry of Industry and Information Technology. And we know the quad-camera will consist of a 64-megapixel + 8-megapixel + 2-megapixel + 2-megapixel sensors combination. But we have also heard one of the sensors will be the IMX600y with a 40MP resolution. So maybe the aforementioned configuration refers to the Pro variant.

Well, most of this information has been familiar to us from the previous leaks. But today, the phone appeared on the GeekBench database with a model of HUAWEI OXP-AN00. It scored 751 points in the single-core test and 2773 points in the multi-core test (Geekbench 5.1.0 based on Android AArch64). 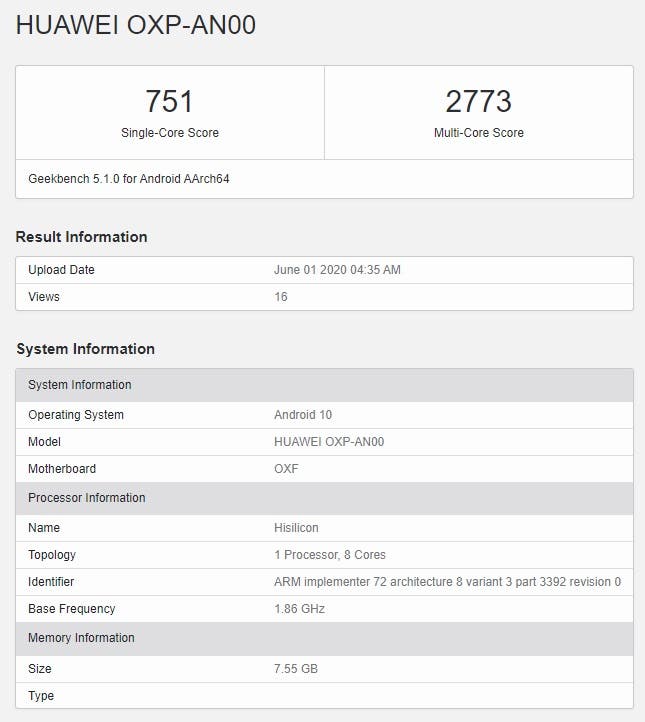 The GeekBench document also shows this device comes with an 8GB of memory and runs the Android 10 operating system. Some bloggers prove this device is the Honor Play 4 Pro. Moreover, if previously we have no guess what a processor we are dealing with, now it seems these are the parameters of the Kirin 990.

As said, tomorrow, the manufacturer will hold a new product launch conference. And the Honor Play 4 and Honor Play 4 Pro models will be in the spotlight. Although there is every reason to think other products will be uncovered as well.