The Samsung Galaxy Tab S4 premium tablet was released in August 2018, and now it will finally get the latest Samsung user interface based on Android 10. The new update will bring the One UI 2.1 interface to the tablet, but for the time being only to the LTE-capable model. That is, owners of WiFi-only Galaxy Tab S4 models have yet to wait for the update.

The T835XXU4CTF5 update is now available in Canada and the U.S, among others, and will be available for download in most regions within days. In addition to Quick Share and Music Share, the Gallery app and digital wellness features have also evolved. The update also includes the June Android security patches. 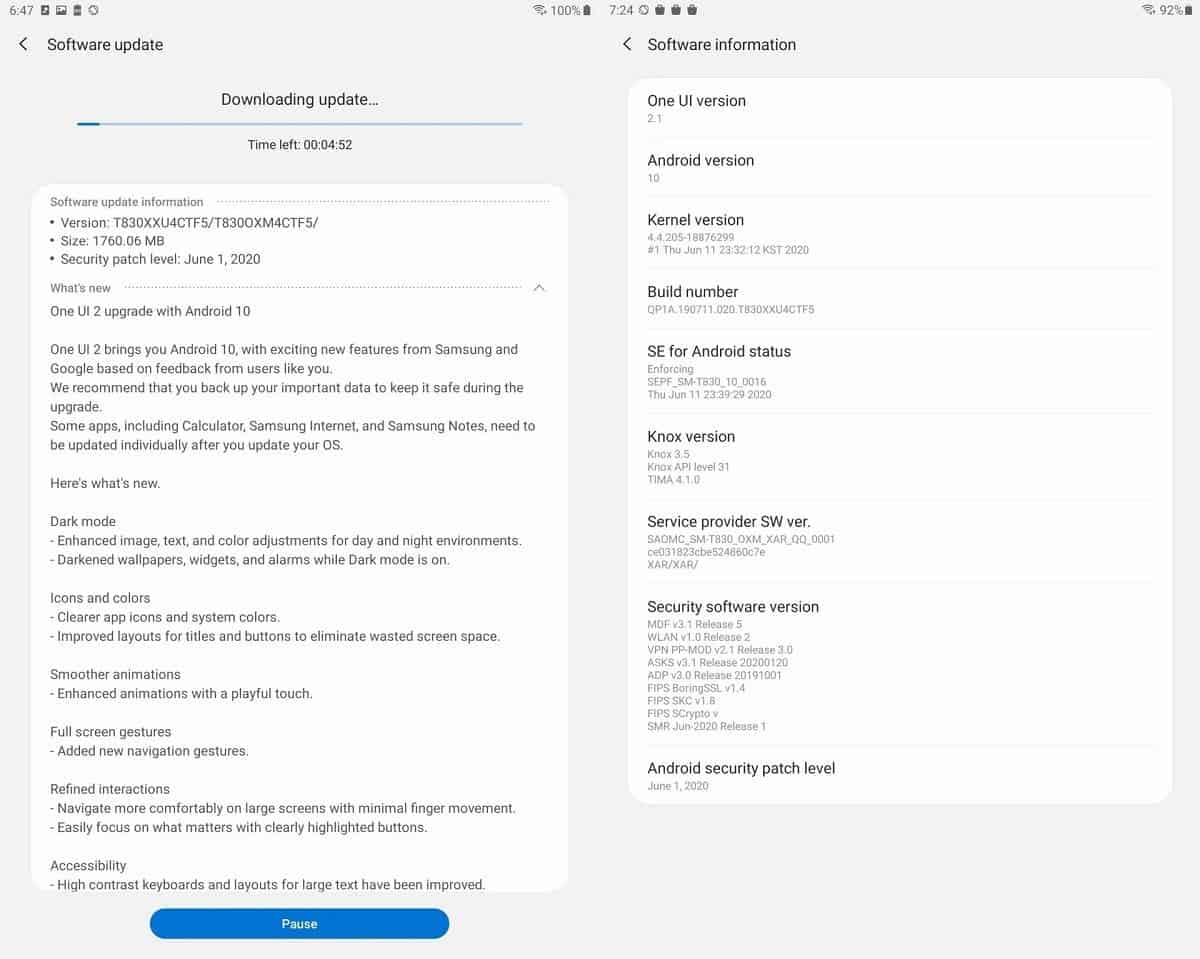 Galaxy A02 passes by ANATEL certification in Brazil

Samsung Galaxy A51 gets an update with new camera features