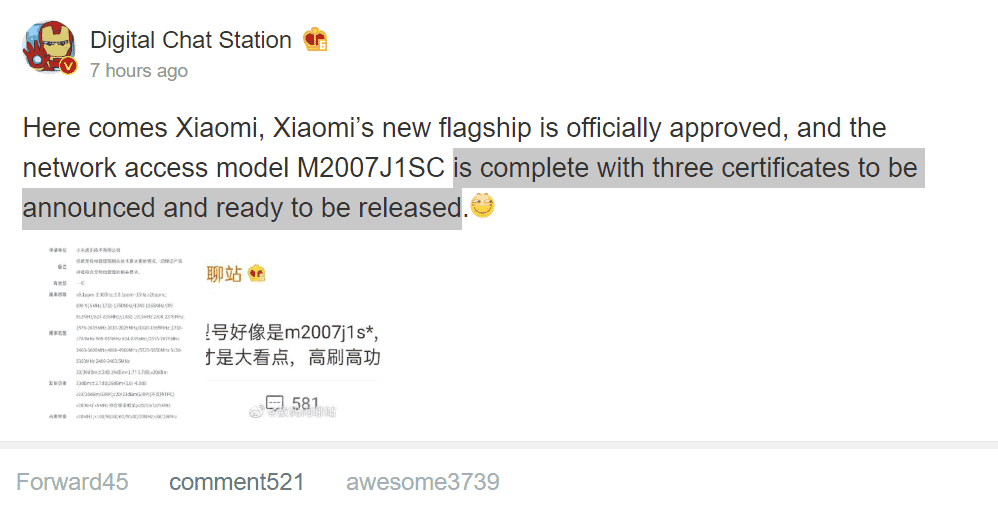 There are rumors the company will launch a new MIX series smartphone quite soon. However, it seems that this will not be the only flagship of the company in the second half of the year. In addition to the MIX, there will be the Xiaomi Mi 10 Super Large Cup. Just recently, Redmi product director, Wang Teng, technically confirmed that the Xiaomi Mi 10 Super Large Cup does exist. His statements suggest that this smartphone is in testing and it will not be cheap. 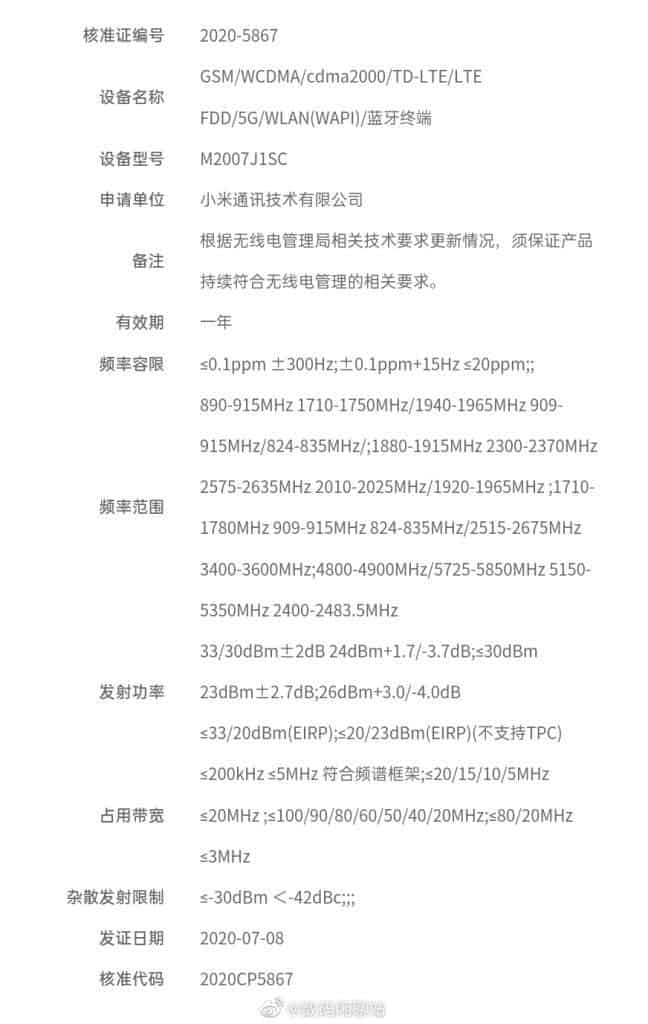 Now, popular Weibo leakster, Digital Chat Station, spotted a new Xiaomi smartphone on the Chinese network access database. This device comes with model number M2007J1SC and there are rumors that it may be the Xiaomi 10 Super Cup.

With the release of the Qualcomm Snapdragon 865+ SoC, we are expecting Chinese flagships with this chip. Thus it is not a surprise when the Xiaomi M2007J1SC was listed to use the Snapdragon 865+ SoC. In addition, this device will also come with a 120Hz screen. According to Digital Chat Station, it has “three certificates to be announced and ready to be released”.

The reports of the Xiaomi Mi 10 Super Large Cup first hit the web in May. At the time, Digital Chat Station said that this device will debut in August with high zoom capabilities.

Previous iOS 14 and iPadOS 14: the public beta is out!

Next Huawei applies for MateStation trademark: could be a dock for Mate 40 phones