Google has officially announced that its Nest Hub and Hub Max smart home devices now support Netflix streaming. This means that Google screen devices can now be used as micro smart TVs. So far, users can stream Netflix to the Nest center through Google Cast, and now users’ accounts can be directly tied to the device. This makes it the first smart device to integrate with Netflix. However, there are speculations that if things go well, Netflix may consider products like Amazon Echo Show or Facebook Portal. 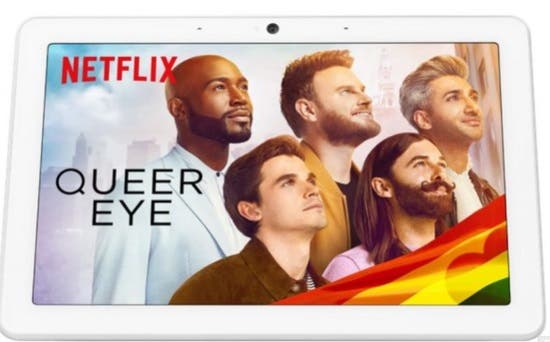 Google has also implemented hands-free gestures to control the show. With this feature, users can pause and resume by simply saying so or by raising the hand. If the user wants, he can also scroll the interface manually. Therefore, with these additional features, Nest Hub and Nest Hub Max are now small entertainment centers. All these are in addition to its normal tasks. Google said

“It’s also the ultimate cooking companion, with access to tons of YouTube videos ranging from cooking clips to how-to videos…you can add watching Netflix to your list of kitchen activities: Starting today, Netflix is available on Nest Hub and Nest Hub Max”.

In addition to supporting Netflix, Google also added Cast support to the fledgling streaming service Peacock, which means it can join the ranks of Hulu, Disney+, and HBO Max. This is because users can play videos on the NestHub screen.