Realme, the Chinese phenomenon, has been releasing a set of competitive smartphones and products to further establish its presence in the market. Now the company is gearing up to unveil a new smartphone series dubbed V-series on August 3. The very first smartphone to come will be the Realme V5 and it has been a target of multiple leaks in the past few days. Now, we have a got set of leaked live images giving our best glimpse of the handset. 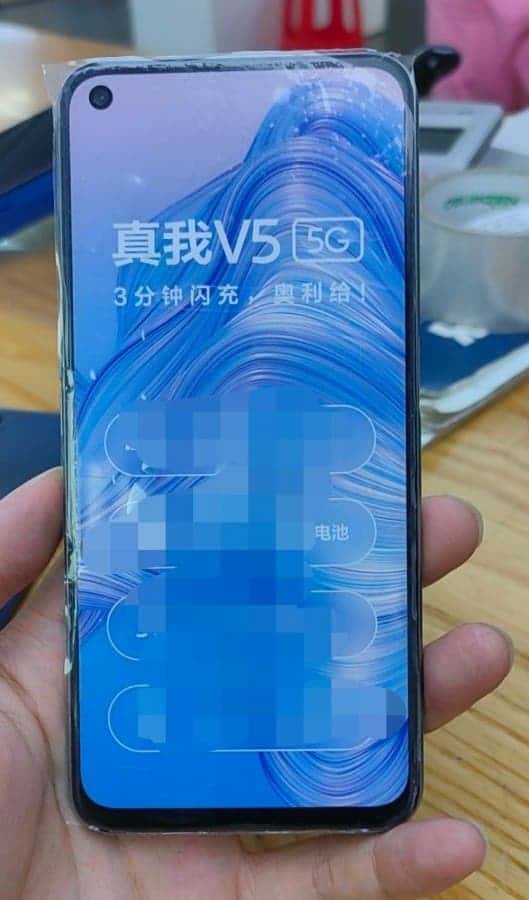 The new smartphone will boast a quite beautiful 6.5-inch IPS LCD display with FHD+

Resolution and a punch-hole at the top-left corner. The cutout will likely house a 16MP selfie snapper. 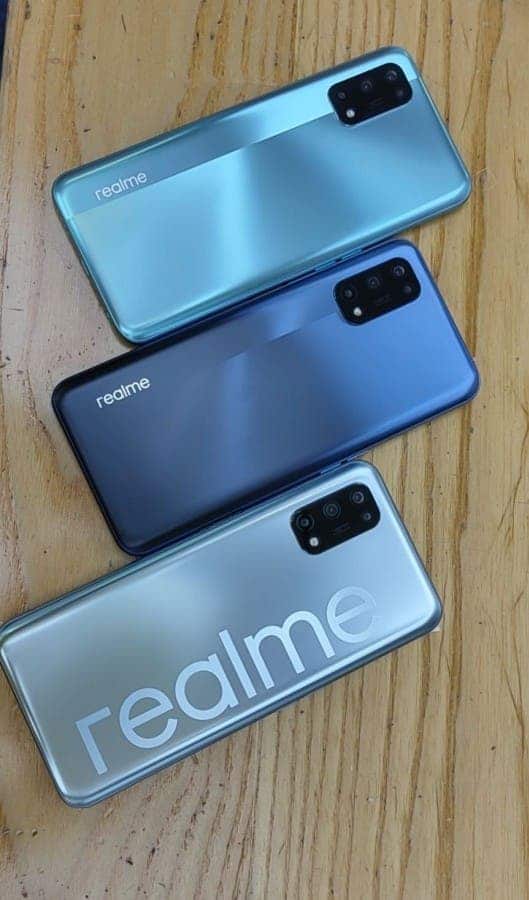 Moving around to the back, we have a Quad Camera shooter sitting in a rectangular camera shape. This design language is the first among Realme smartphones. It comprises a 48MP triple-camera shooter, an 8MP ultra-wide snapper, a 2MP macro module, and a 2MP depth lens. The phone sports a dual-tone finish and the Realme logo.

The listing includes some key specifications. First of all, we have to mention the brand new MediaTek Dimensity 720 5G chipset. This chip comes with an Octa-Core CPU featuring two powerful ARM Cortex-A76 big cores operating at up to 2GHz. This chipset also supports displays with up to 90Hz refresh rate. This chipset is also optimized for gaming and comes with a Mali-G57 GPU. Last but not least, it’s a 7nm chipset ensuring performance at a very low power cost.

Besides the chipset, the phone will come with up to 8GB of RAM and 128GB of Internal Storage. We expect Android 10 OS with Realme UI running atop while the lights will be kept by a 5,000mAh battery. This battery will be charged via 30W Dart Charge. The phone will come in three color options Silver, Blue, and “Light of Dawn”.

According to TMall listing, the phone comes with a side-mounted fingerprint scanner.

A phone that focuses on Generation Z

A couple of days ago, Realme took the Realme V5 through a tour to several colleges and universities. Apparently, the Realme V5 is targeting at Generation Z. It’s not the first time that we see Realme adopting such a strategy. The brand wants to establish itself as a lifestyle brand that makes smartphones for young people.

Next ELEPHONE PX Pro on Sale on the Official Website

Realme V13 will go official on March 31 with Dimensity 700