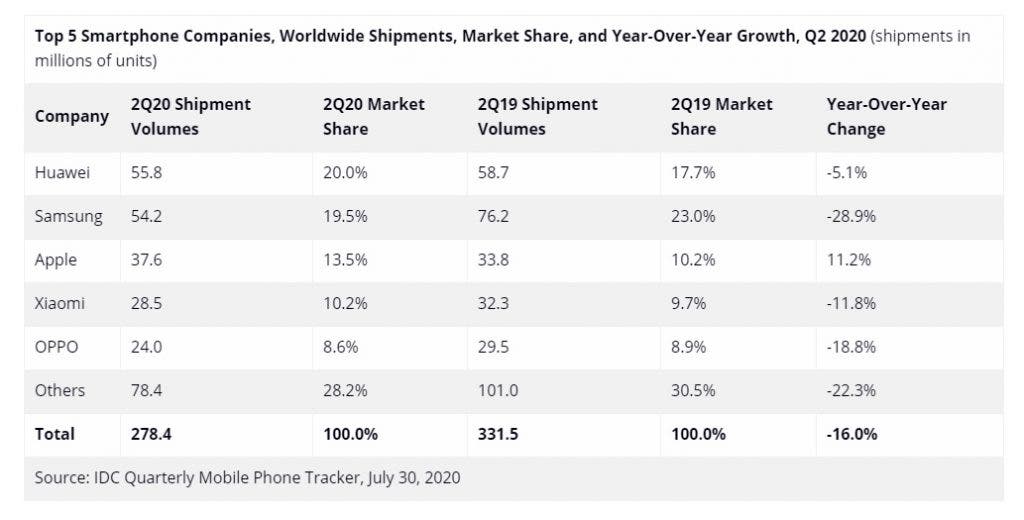 The report shows that regionally, the Chinese market did slightly better, with a decrease of 10.3%. The Asia-Pacific (excluding China and Japan), Western Europe, and the United States saw declines of 31.9%, 14.8%, and 12.6%, respectively. 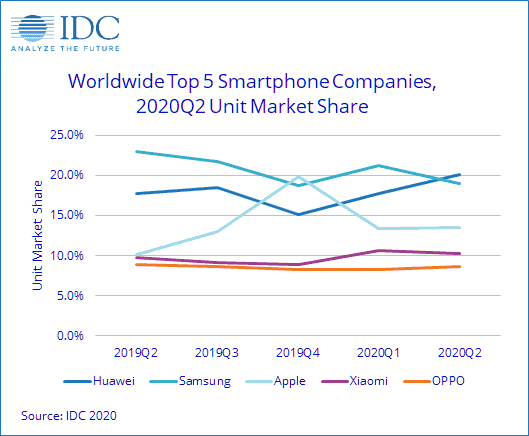 Another Chinese manufacturer, Xiaomi, is fourth with a market share of 10.2%. The company’s shipment exceeds 28 million units.  Thanks to the good performance of about 60% of shipments in the Chinese market. Oppo, a Chinese manufacturer is also fifth with 24 million unit shipments. Its market share is 8.6%, ranking fifth. The report pointed out that OPPO’s highly competitive A series once again became the driving force for sales. In addition, the Oppo Reno 4 series performance is far beyond expectations.