Today, OPPO’s sub-brand announced the first model from its new V series. The Realme V5 was officially announced, coming with a number of features that allows the phone to fight against cost-effective models of Redmi and iQOO. 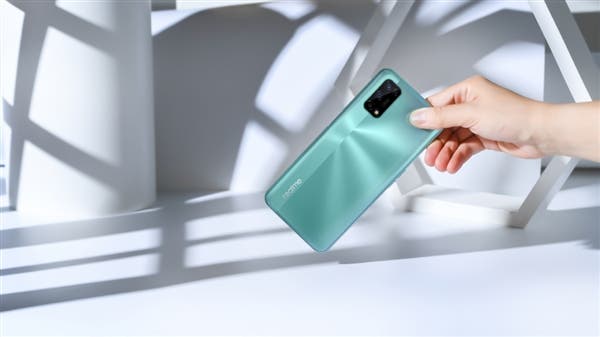 Anyways, the selling point of the Realme V5 is not the appearance or hardware. Instead, it comes with a large 5000mAh battery, while the body weight is controlled under 194g. So we can say this is one of the most lightweight large-capacity battery phones launched by a major manufacturer.

Apart from this, the phone supports 30W smart flash charging technology. Using high-current direct charging, the charging conversion rate can achieve as high as 99%. And the trickle charging speed is doubled. Not only that, this smartphone comes with a number of innovative technologies that include the VCVT smart tuning algorithm, smart five-core protection, independent IC security chip, smart multiple protection, etc. They provide safety and stability when charging.

More importantly, the Realme V5 has a full-scene battery life optimization technology. Through Smart 5G network optimization, application freezing, super power saving mode and other system functions, when there is only 5% of the battery power, it still can maintain 82 minutes of text chat. At the same time, it also supports OTG reverse charging. So you can use it as a power bank.

In terms of core configuration, the Realme V5 uses a 6.5-inch full-screen with a refresh rate of 90Hz. Under the hood, it hosts a MediaTek Dimensity 720 chip. The latter supports Wi-Fi + 5G dual-channel acceleration. On the front, we can find a 16MP selfie shooter, while on the opposite side, there is a 48Mp ultra-clear main lens + 8MP wide-angle + macro lens + black and white portrait lens.