LG struggle in the smartphone market isn’t something new. A few years ago, the company was one of the most notable smartphone makers with competitive flagships but failed to keep up with the “Chinese wave”. This year, the company realized that its strategy wasn’t enough to survive and decided to revitalize its smartphones with the LG Velvet. It is quite expensive for its specifications, but at least, it brings 5G connectivity. There’s even a Snapdragon 845 variant for those who want a “flagship” experience, although this chipset can’t be compared with Snapdragon 865 and not even with the last year’s Snapdragon 855 family. Now, the company is gearing up to announce a new entry-level smartphone. 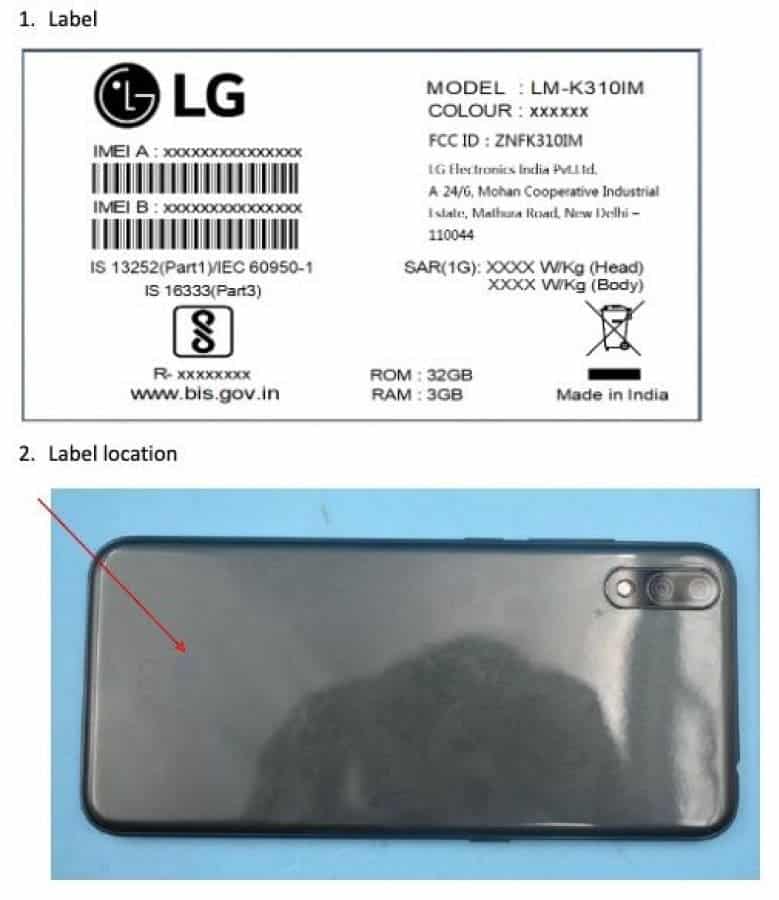 The new handset carries LG K31s moniker and has been spotted at the FCC database. Alongside with the new listing, we got a couple of images revealing the new smartphone. The K31s boasts LG LM-K310lM model number and features U-shaped notch, just like the LG Velvet. Moreover, the phone has dual-rear cameras and draws power from a 3,900mAh battery. Unfortunately, this device still comes with a very outdated micro-USB port that can’t deliver more than a 10W output. Since this is an entry-level device, plastic is the predominant material in the handset’s build. Worth noting that the device seems to be very similar to the LG K31 which was recently spotted on Google Play Console Listing.

Under the hood, the phone boasts the MediaTek Helio P22 chipset paired with 3GB of RAM and 32GB of Internal Storage. The storage amount can be further expanded via a good microSD card. The phone runs Android 10 straight out of the box and LG UX will be running on top. The phone also has a headphone jack at the bottom and the images reveal the phone comes in at 170mm in height and will be 79mm wide. We expect this device to hit some merging markets as well and India is a plausible choice for LG.

Worth noting that this is a dual-SIM device with LTE-only connectivity. Unfortunately, 5G isn’t a reality for low-end phones yet and we don’t expect LG to be company changing this prospect.

Unfortunately, there still no confirmation from the company regarding the launch of the K31s. However, we expect it to appear in the next month during the IFA 2020 season. A lot of companies will be releasing new devices in September. LG should unveil new mid-range and entry-level phones in the same season.