Fitbit seems to be working on a bunch of smart wearables namely Fitbit Sense, Fitbit Versa 3, and Fitbit Inspire 2. All these smartphones have now appeared on a massive render image leak. As expected, the images have revealed a lot of key design aspects of all the three products. Well, let’s take a look at these render images and discuss what’s new here in terms of design. 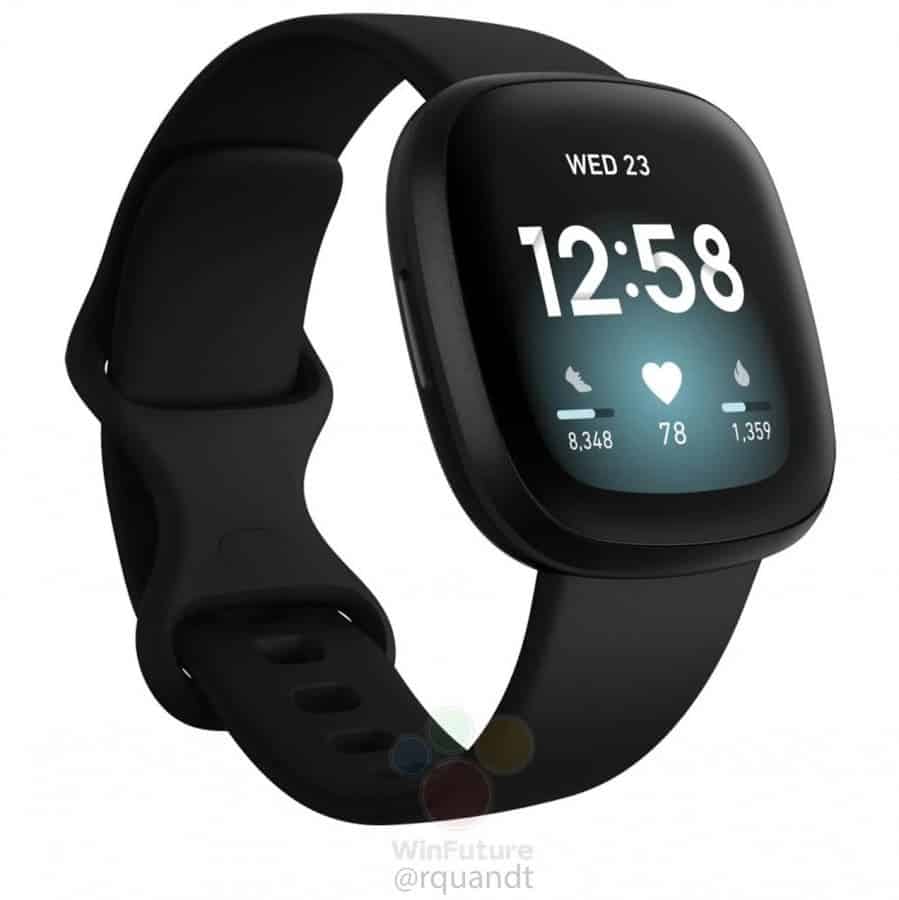 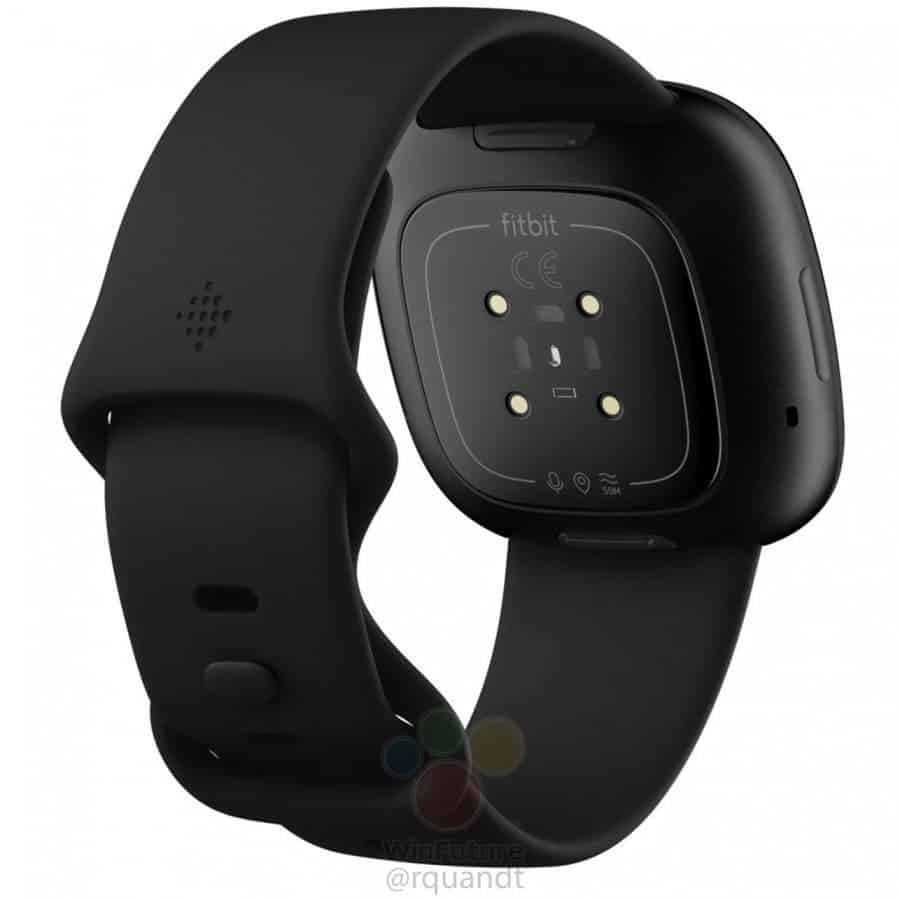 According to the leaked render images, the next-gen Versa 3 will arrive with square-shaped display just like the predecessors. If you look at the watch face closely, you’ll notice that the smartwatch indeed comes with heart rate monitoring along with step counter. Furthermore, you can see the heart-rate sensor on the back as well along with charging pins. 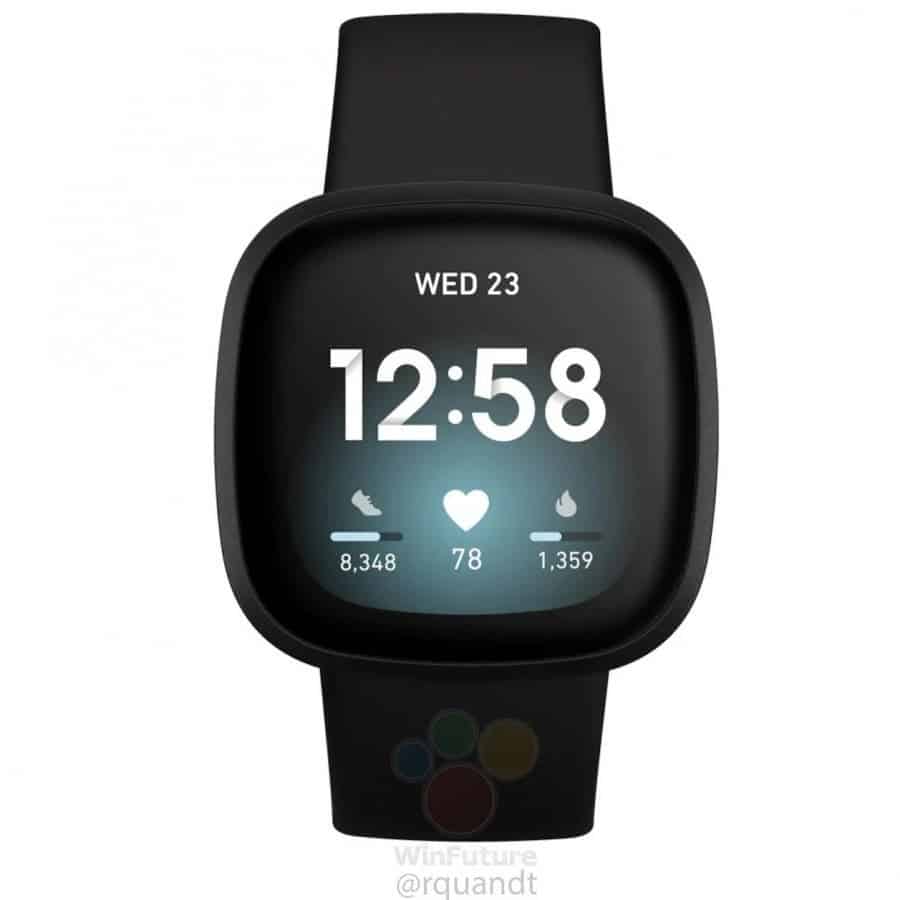 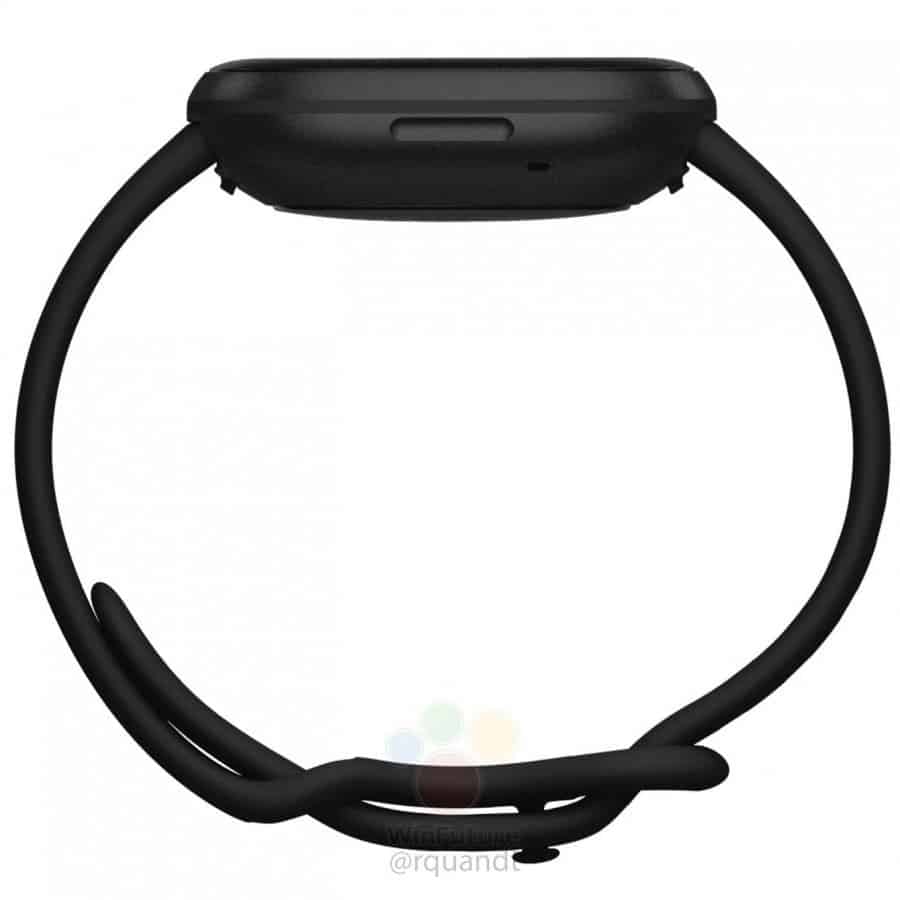 If you look closely at the back, you can see the icon of microphone, location, and 50M water resistance suggesting all these three will be present. 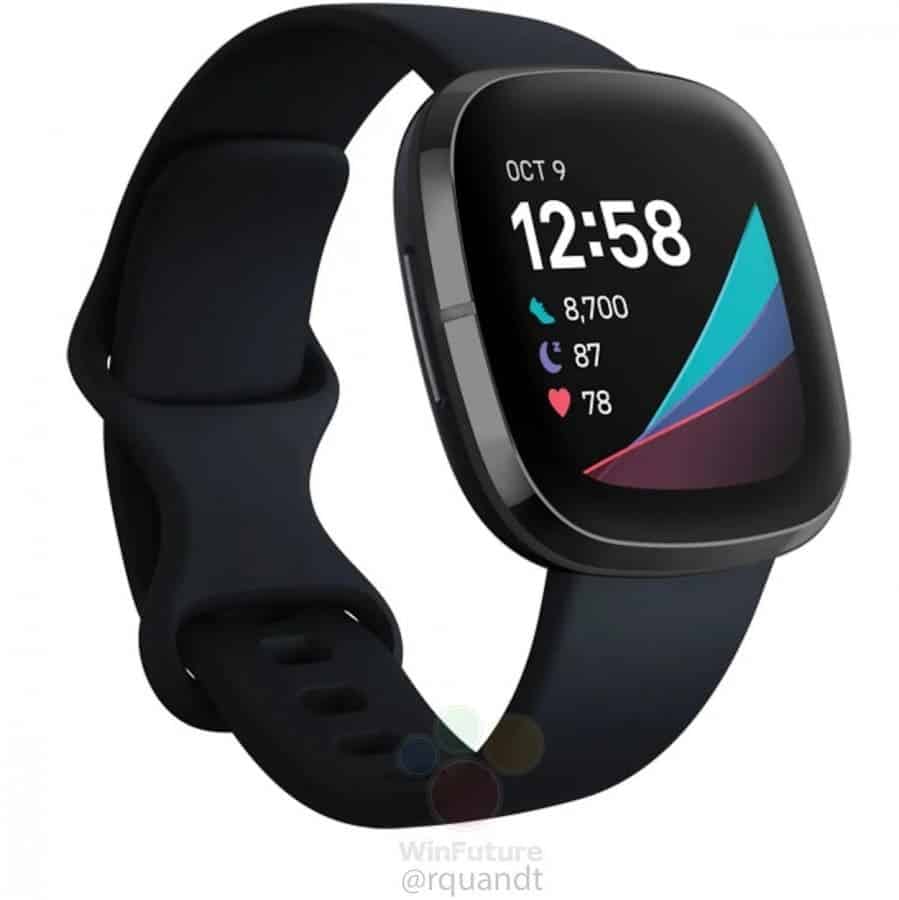 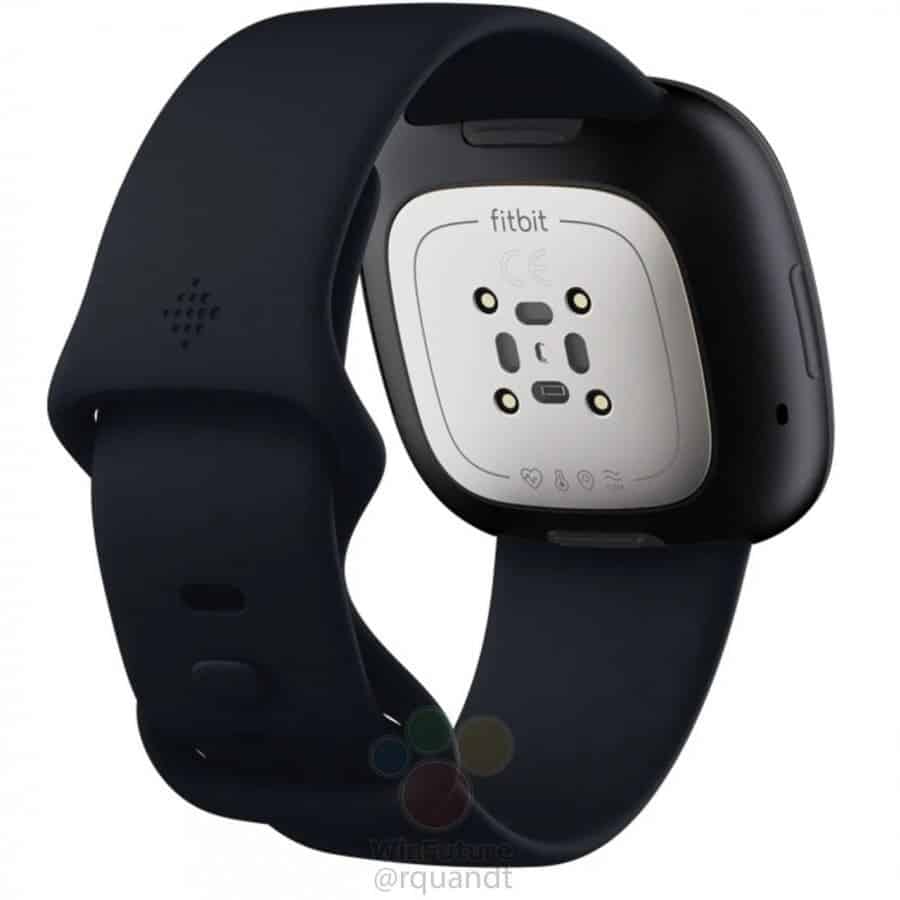 Apart from Versa 3, we also have the render images for the Fitbit Sense smartwatch. Well, the Sense looks pretty similar to the Versa 3. It also comes with a step-counter, sleep-tracker, and a heart-rate sensor. There is a charging pin along with a heart rate sensor on the back. Furthermore, we’re looking at 50M water resistance, built-in GPS, temperature measurement, and ECG. 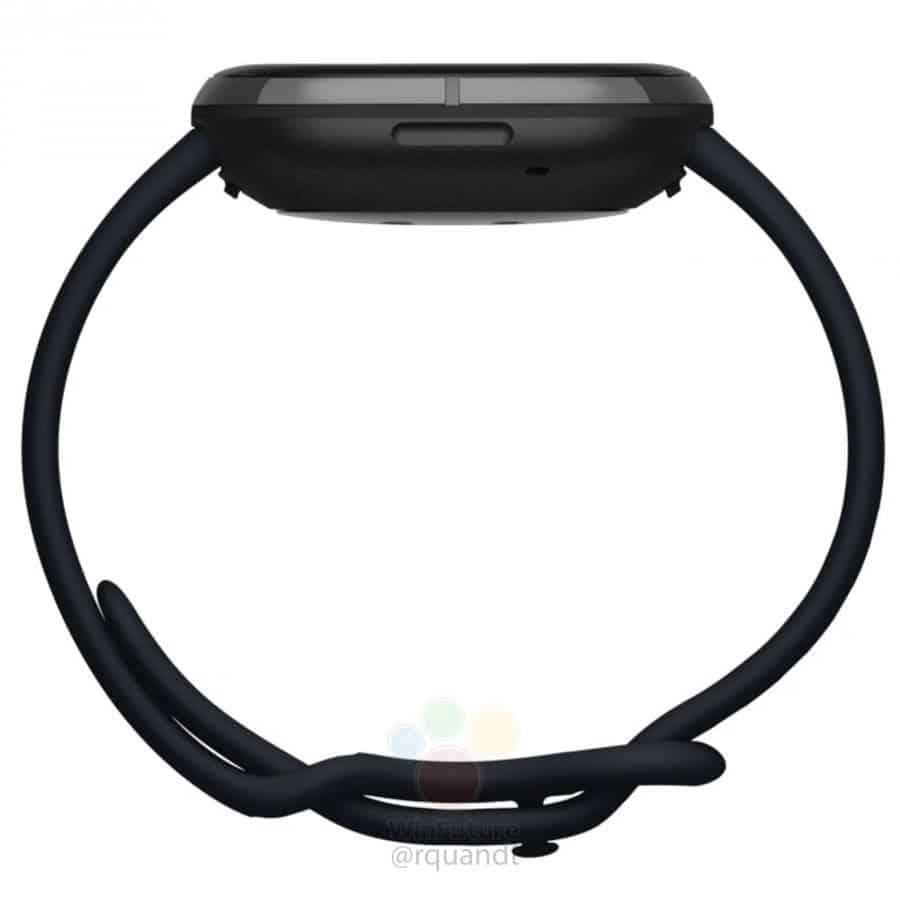 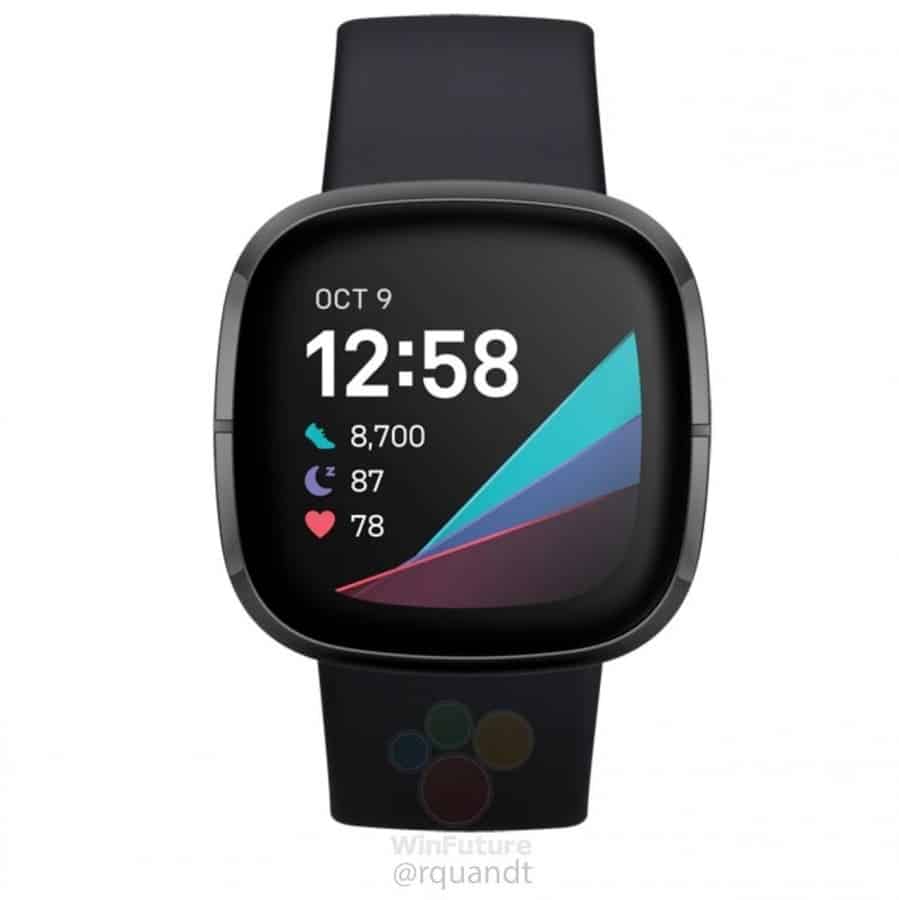 Well, there’s no microphone icon which doesn’t make sense considering this is going to be costlier than the Versa one. The brand might have decided to not put the icon for some reason. 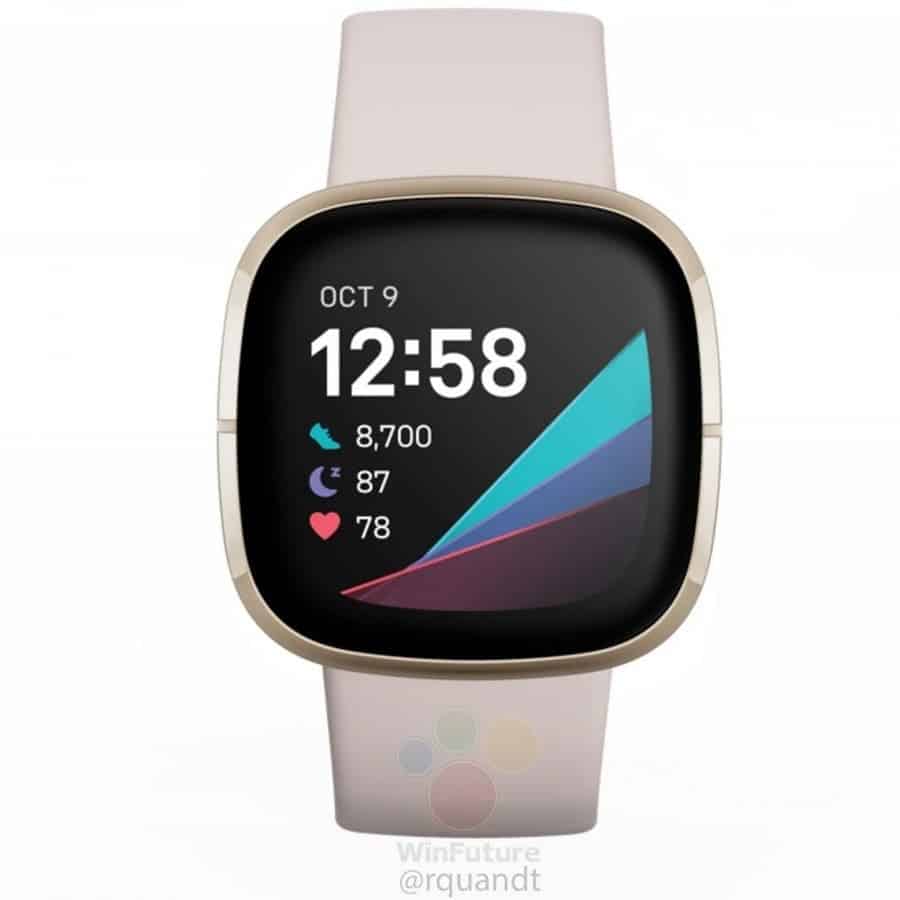 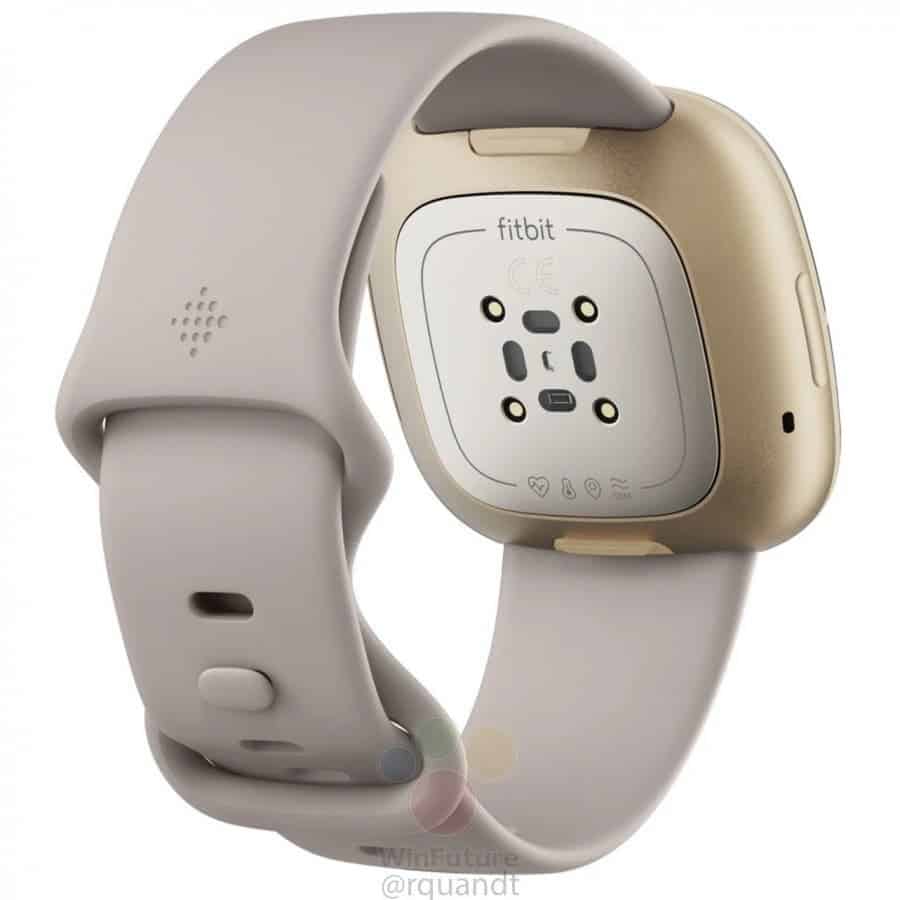 Lastly, we’re looking at the fitness tracker dubbed Fitbit Inspire 2. Unlike the first-gen, we’re looking at a more rounder design. Once again, the renders confirm the presence of a heart-rate sensor as well. Unlike the two smartwatches that we discussed earlier, the information on the Inspire 2 is a bit scarce right now. Although we are expecting some more leaks to surface on the web soon.

Button-less design is the new trend!

If you have looked at all the renders carefully, then you might have already found the new trend for the fitness brand. We’re, indeed, talking about the all-new button-less design. We’re looking at some kind of pressure or touch-sensitive area. All we need to do is either wait for the official announcement or hope to see more leaks hitting the rumor mill.