A year ago, Xiaomi’s eco-chain enterprise Huami announced a conceptual smartwatch with a futuristic look. In some sense, it has many common lines with the Nubia Alpha. That time, the Amazfit X was expected to go on the mass production in the first half of 2020. But the COVID-19 has changed everything. At the moment, we have no certain information on whether this smartwatch has been mass-produced or not. But today, Xiaomi Youpin’s official Weibo channel issued a statement, saying this amazing smartwatch will be announced on August 25 (tomorrow). 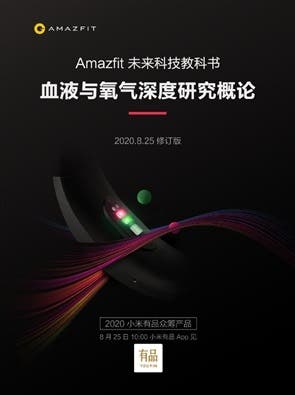 As the promo posters show, the Huami Amazfit X will support the blood oxygen monitoring function. By the way, this is going to be the biggest highlight of this smartwatch. In fact, many have been thinking that the look will be the most attractive selling point of our protagonist. But the company emphasizes another feature. The official text stated that ‘monitoring of heart rate and sleep allow users to understand their health. What kind of surprises will blood oxygen monitoring bring?’

However, we can’t ignore the appearance of this smartwatch. It doesn’t look like other models on the market. Well, it doesn’t look like the cast majority of current smartwatches. Instead, this smartwatch adopts a unique look. The Amazfit X uses a 12.5mm ultra-high drop 3D curved glass. It also has hidden pressure-sensitive buttons. Also, the body uses a high-end titanium alloy polished process. Titanium has the characteristics of low density and high strength. It is often used in the manufacture of aerospace and military industries. Apart from this smartwatch, the previous Amazfit GTS Titanium, Amazfit GTR 47mm Titanium, and Amazfit Smart Sports Watch 3 Elite Edition also use this material. 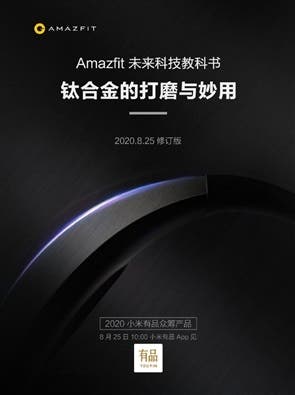 In order to achieve the visual effect of large curvature, the company has customized a 2.07-inch flexible curved screen with a maximum brightness of 430nit, 326ppi, and 100% NTSC color gamut coverage. Plus, the viewing area of ​​the screen is 244% larger than that of a normal bracelet.

In terms of configuration, it comes with a self-developed AI chip and supports 24h ECG monitoring. This should help users detect body abnormalities. In addition, Amazfit X is equipped with an innovative curved lithium battery, which is officially claimed to last up to 7 days.

Next LG Wing With Horizontally Rotating Screen Spotted On GeekBench