Back in May, we reported that LG was working on a dual-screen smartphone with an unusual form factor. It should come with the main display that swivels sideways to reveal a secondary screen underneath. That time, it was codenamed the LG Wing. Apart from this, the source said it will sport a main 6.8-inch display alongside a smaller 4-inch screen with a 1:1 aspect ratio. Also, we assumed the phone will cost a bit more than the new Velvet device. This mysterious smartphone has been expected to arrive later this year. As for now, this phone has appeared on GeekBench, revealing some key features. 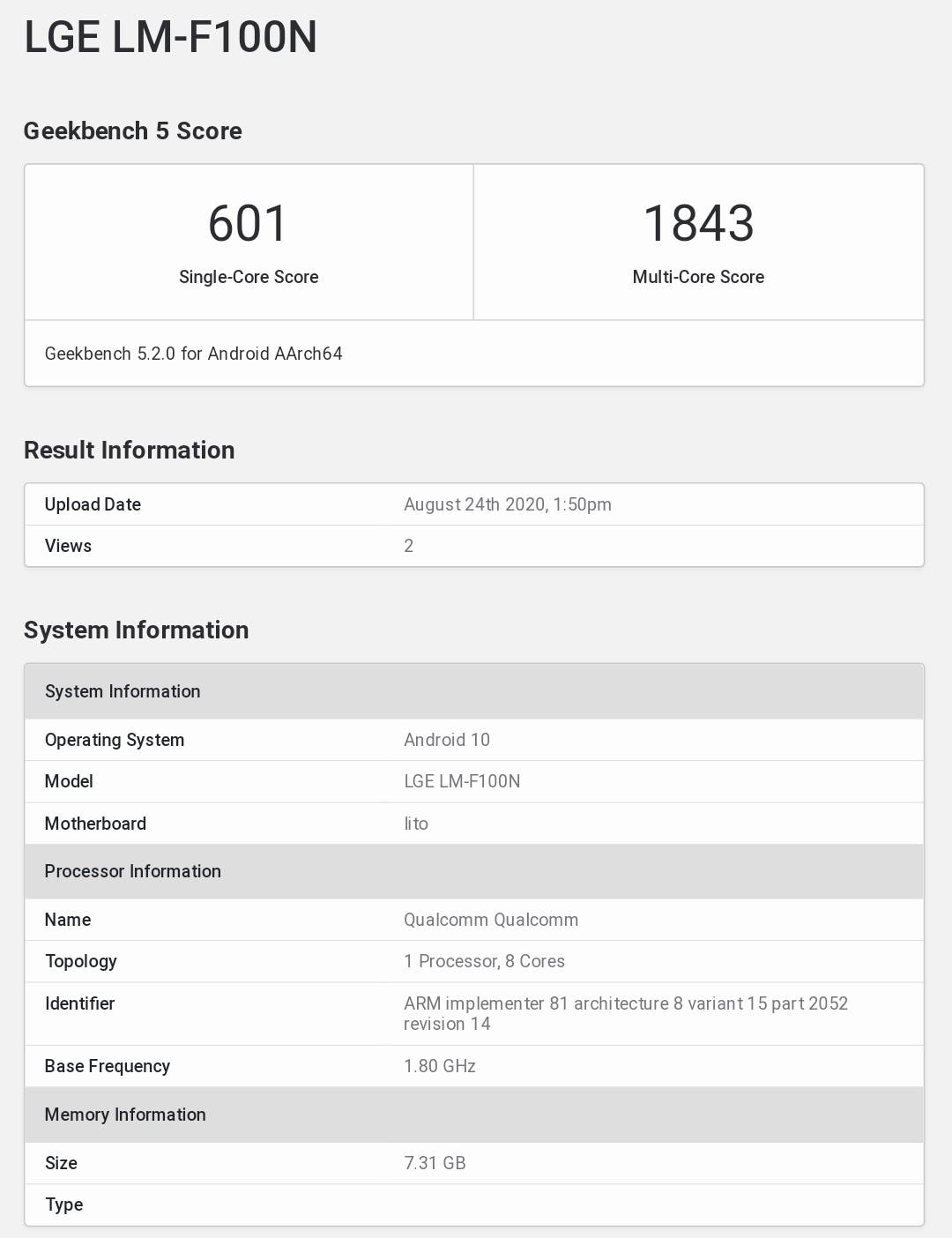 As Abhishek Yadav reports citing the news from Moneys, the so-called LG Horizontal instinct Smartphone (codenamed LG Wing) was registered in the computer room of a mobile communication company. The registered model number is ‘LM-F100N’. Also, it spotted in GeekBench. Combining the information from both sources, we can say that the LG Wing will come with the following features:

As you can see in the image above, the second screen on the so-called LG Wing focuses on increasing content immersion by allowing you to use the keyboard without obstructing the content on the main display. Apart from this, the second screen can also be used in the portrait orientation to show related information while you work on the main display.

Well, in other words, we can say that the Wing smartphone will use its second screen for multitasking. Say, users can use the primary display to view a photo, while leaving the second screen free to access editing controls. Agree this sounds odd. Moreover, it differs from LG’s current dual-screen smartphone such as the G8X and V60. We mean their secondary screens are mainly used for letting you use two different apps at once.

The phone has been rumored to come in the second half of this year. In order to highlight its premium image, the LG Wing should offer a personalization service. This will allow buyers to choose the color of their device. Plus, it could cost 1 million won (around $817).

Next Massive discount coupon from Gearbest for Redmi 9