Chinese manufacturing giant, Huawei, is currently fighting for its survival due to the numerous bans from the U.S. According to the company, it is not competing presently, it is surviving. However, many people think that Huawei is doing well regardless of the ban. The company is probably making good use of “negative advertising” which works in many cases. Despite Huawei’s troubles, the company is still releasing new products. A new preheating video from Huawei shows that it will release the FreebudsPro true wireless headphones on September 10th. 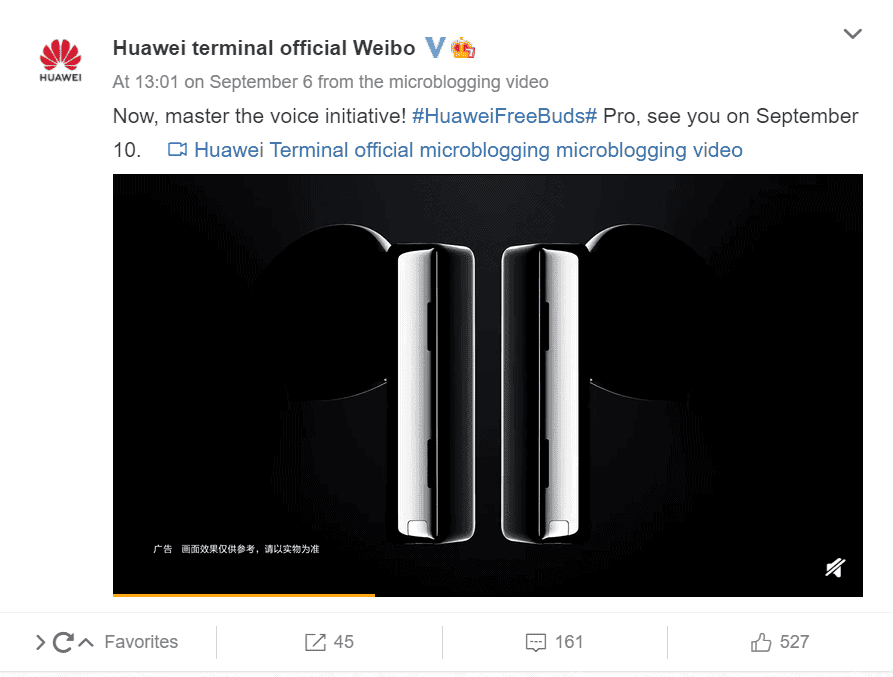 In addition, WinFuture this week exposed some of the high-definition renderings of Huawei FreeBuds Pro wireless headsets. According to the report, the Huawei FreeBuds Pro will come in three colours including silver, black and white in Europe. It will be equipped with HiSilicon Kirin A1 Bluetooth chip, support Bluetooth 5.2, as well as built-in microphones.