A couple of days ago, we reported the official launch date for the Poco X3 NFC smartphone. As teased and scheduled, Xiaomi‘s sub-brand Poco has now launched its mid-range smartphone. Well, the device has arrived with lots of interesting internals such as 120Hz refresh rate, Snapdragon 732G chipset, quad-rear cameras (of course), and a big battery.

Poco X3 NFC finally goes official, here’s what it brings to the table 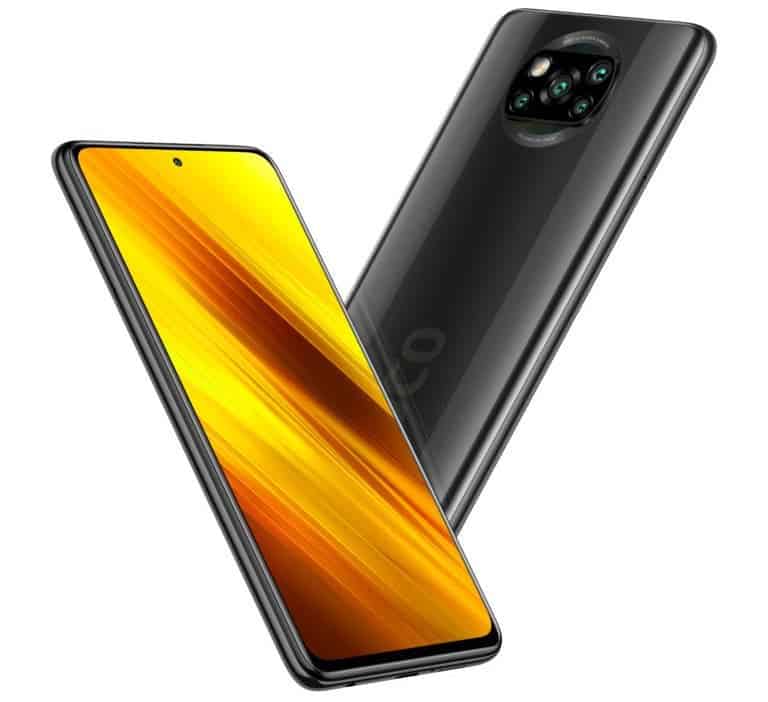 The all-new Poco X3 NFC is equipped with a large 6.67-inch IPS LCD panel with a resolution fo 1080 x 2400 pixels and a 20:9 aspect ratio. Not much of a surprise, the display also supports the 120Hz high refresh rate along with HDR. For added protection, Poco decided to throw in a layer of Gorilla Glass 5 on top as well. What’s good about the panel is the ability to dynamically switch between multiple refresh rates namely 120Hz, 90Hz, 60Hz, and even 50hz.

Under the hood, the device makes use of Qualcomm Snapdragon 732G chipset paired with a 6GB RAM and up to 128GB UFS 2.1 storage. For those who’re unaware, the chipset is built on an 8nm manufacturing process and it uses Adreno 618 for its GPU needs. To keep the temps low while gaming, Poco decided to also add a liquid cooling 1.0 plus which used copper heat pipe and dual graphite. The company claims that it can reduce the temps by up to 6 degrees celsius. 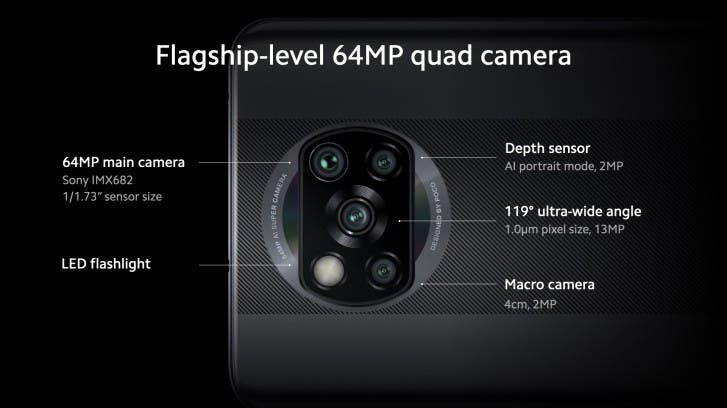 With most of the devices going with quad rear cameras, Poco decided to follow the suit with its X3 NFC smartphone as well. On the rear, there is a 64MP Sony IMX682 primary sensor with an aperture of f/1.73. The primary lens is accompanied by a 13MP ultrawide lens (f/2.2) and a 2MP depth & macro sensor (f/2.4). For selfies, there is a 20MP front shooter housed inside a punch-hole cutout.

All of this internals get its fuel from a large 5,160 mAh battery packed inside. The battery supports 33W fast charging capabilities. In fact, the company claims that it can charge from zero to 62% in 30 minutes. For a full 100% juice, it will take around 65 minutes or so.

In terms of software, we’re looking at the latest Android 10 with MIUI 12 skin on top.

As you can see from the images, there is no physical capacitive fingerprint sensor on the back. Well, the smartphone maker decided to go with the side-mounted position for the same. There are a 3.5mm audio jack and stereo speakers in tow as well. Lastly, we’re looking at IP53 splash resistant.

Poco X3 NFC comes in two storage configurations – 6GB+64GB and 6GB+128GB options. The base variant twill set you back around €€199/ $199 while the top-model is priced at €249 / $249. The device also comes in two color options namely Shadow Grey and Cobalt Blue. Interested buyers will be able to get their hands on the device starting from September 8th till 11th in Europe as a part of early bid pricing. After this timeline, the prices for both the variants will get increased by €30 / $30.

Next OPPO TV Passed 3C Certification. So It Will Hit The Market Soon