Almost, all smartphone makers have begun making products for different purposes. Say, they have already designed TVs, TWS headphones, and smartwatches. In this sense, VIVO lays behind a little. But this is going to be fixed soon. Prior to this, we have reported that a new smartwatch dubbed the VIVO Watch is in works. Today, one of the well-known Weibo bloggers showed the real look of this product through a spy photo. Also, he disclosed the key features of the forthcoming smartwatch. 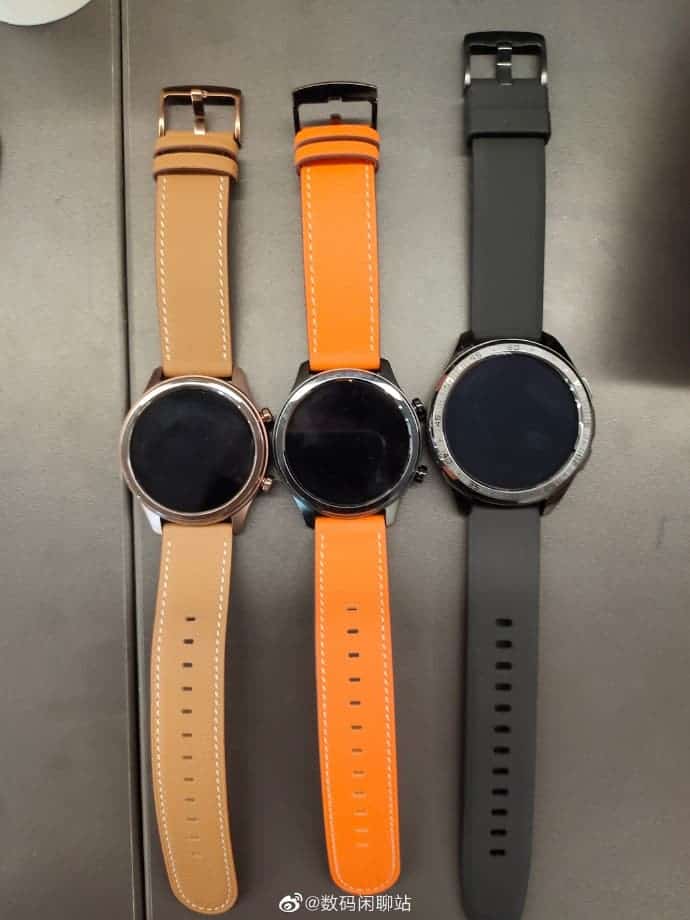 Judging from the picture, the new VIVO Watch will have two versions of 42mm/46mm. It will also sport an AMOLED round dial + stainless steel body. The strap is made of fluoroelastomer/Nappa leather. The watch supports 5ATM waterproof rating, calorie detection, continuous heart rate, blood oxygen detection, Jovi voice assistant, multi-function NFC and mobile payment functions. As the tipster proves, the watch can also realize independent music playback and have 18 days of battery life. He also said that the VIVO Watch may not use the Android wear OS. It will be released at the end of the month.

Much earlier, we have seen the schematics of this watch. The overall design is basically the same as the appearance of the VIVO Watch exposed this time. In February of this year, VIVO registered the trademark of VIVO Watch in the European Trademark Office (EUIPO). In April, the State Intellectual Property Office published a dynamic display appearance of VIVO’s smartwatch. Furthermore, back in May, we saw an exposure of the design of this smartwatch. In June, two more Vivo smartwatch products (WA2056 and WA2052) passed the national 3C certification. That time, we learned these watches will come with 5V1A chargers. As for the price, it will target the $150 benchmark.

According to data released by IDC, last year, global smartwatch shipments were increased by 22.7% year-on-year to 92.4 million. The sales of the Apple Watch alone reached more than 30 million units, exceeding the shipments of all Swiss watch brands. So we can admit smartwatches have become a competing place for everyone as part of the smart ecosystem. But VIVO is currently the only one of the top four technology manufacturers in China that has not yet launched smartwatches. Well, this is going to be fixed soon.

Next Hongmeng OS 2.0 is official: mobile version to arrive in December