The top-end Samsung Galaxy Note 20 Ultra 5G, presented in early August, broke the previous cost record by going on sale in the United States at a price of $1299 for the 8/128 GB version. Counterpoint research specialists decided to find out the real cost of the expensive device by compiling a list of its inside components, which is presented below. 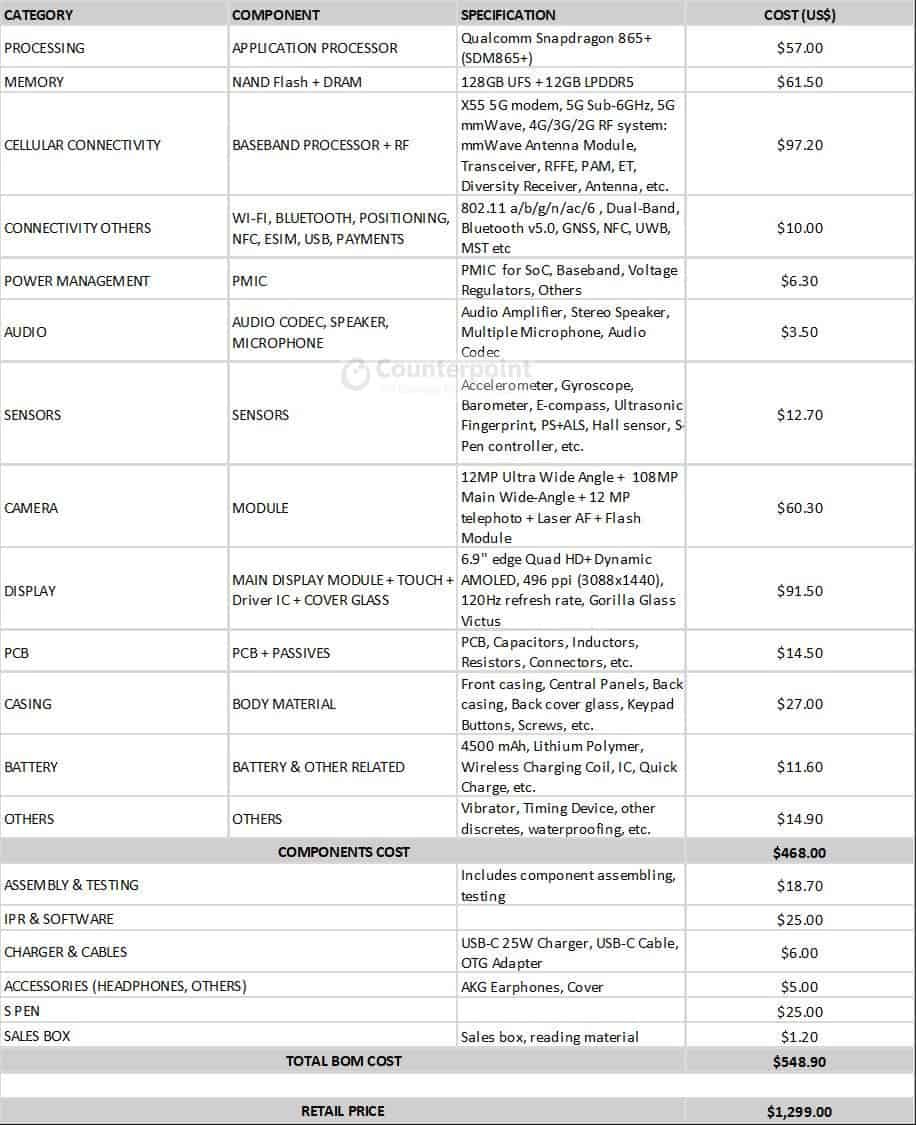 It follows from the table that the total cost of all components of the smartphone is $468. And if you add up with them the costs of testing, software development, packaging and complete accessories, the final price tag of the Samsung Galaxy Note 20 Ultra 5G will be $549. Moreover, it is worth considering that the calculation was on the Snapdragon version of the smartphone with the expensive Snapdragon 865+ chipset. This means that the European model on the branded Exynos 990 costs Samsung much cheaper. 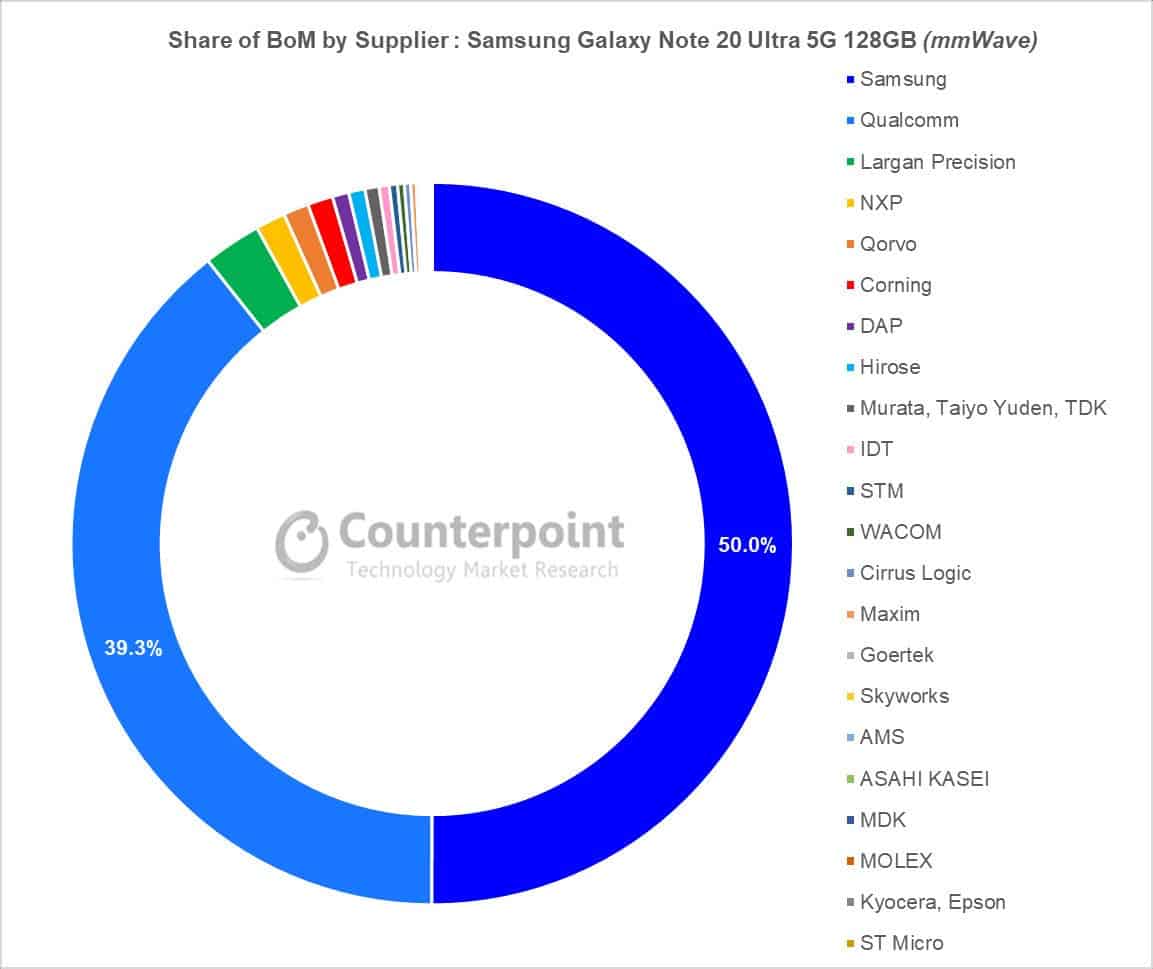 The researchers also presented a diagram of the ratio of the shares of different companies whose components are installed in the Samsung Galaxy Note 20 Ultra. It is easy to see that the lion’s share of them is produced by Samsung. It reaches 50% in the Snapdragon version of the flagship and about 70% in the Exynos model.

Galaxy Note 20 users started receiving One UI 3.0 based on Android 11