The U.S. ban on Huawei became effective from September 15th which is a few days ago. This means that any manufacturer that uses American technology can not ship to Huawei. In fact, even Chinese foundries that use American technology can not ship to Huawei. No doubt, this will greatly hinder Huawei’s smartphone business. However, it is not stopping the company from research and development. The Chinese manufacturer recently submitted a mobile phone design patent to the National Intellectual Property Office (CNIPA). The exposure of this patent shows that the design of the device looks quite innovative. 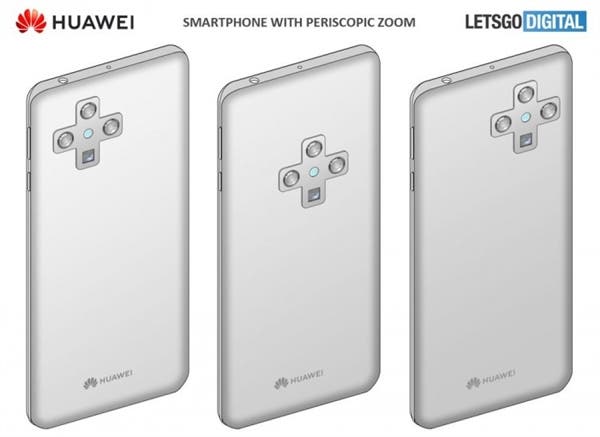 According to reports, the patent drawings were submitted by Huawei to the China National Intellectual Property Office (CNIPA) in October 2019. However, it did not hit the public domain until September 18, 2020. The patent contains 24 design sketches. The front fuselage looks very modern. It uses a full-screen design with ultra-narrow bezels and a rounded design at the corners. This design has no room for a front camera which means it should use an on-screen camera. 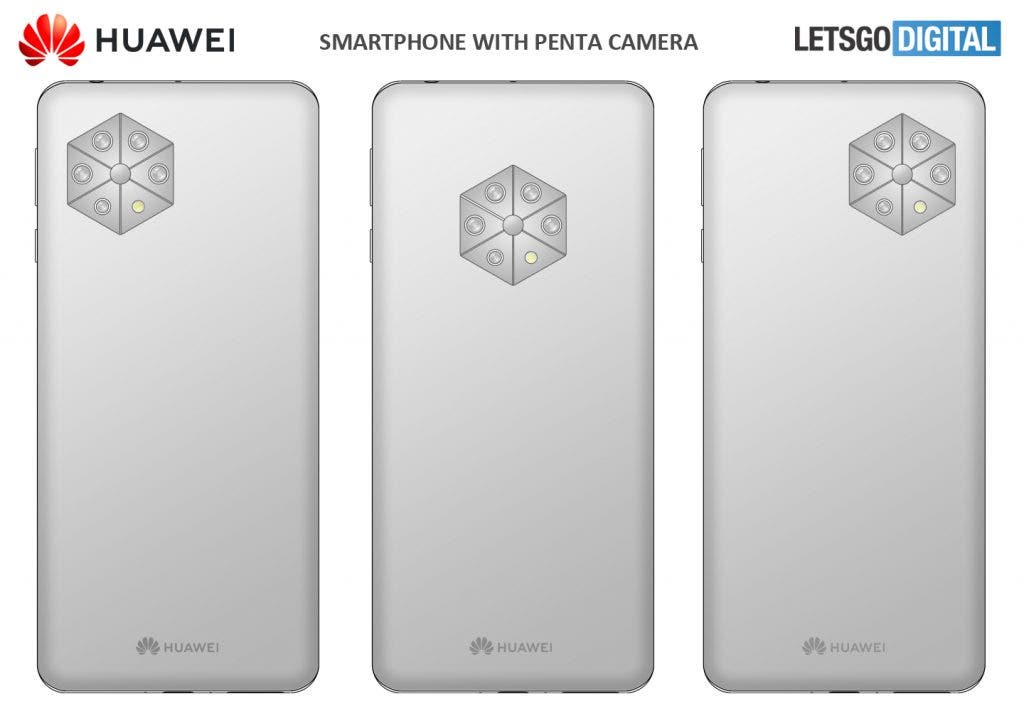 Three different designs are shown in the patent image. However, the camera layout is the same, with four cameras in a criss-cross layout around an LED flash. There is also a square bottom camera lens suggesting a periscope zoom camera. The other three camera lenses are the same size. 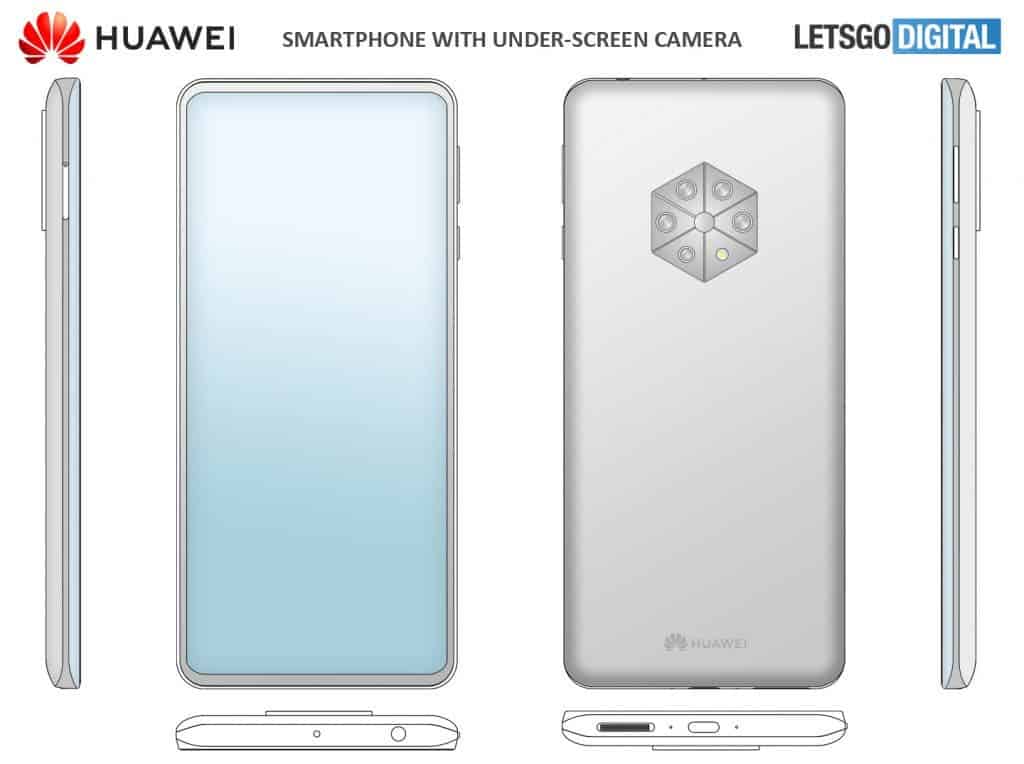 It is worth mentioning that the sizes of the five rear cameras are also not the same. The first four cameras are the same size, and the fifth lens is slightly smaller. There is a round LED flash next to the camera. Unfortunately, the patent did not disclose more configuration information about the camera of this phone.

This is only a patent and like every other patent, there is no guarantee that these designs will ever hit the market. Nevertheless, these designs are not really difficult to accept this it will most likely hit the market. Probably, we will see smartphones like these when the on-screen camera solution becomes popular.