We have various news about the forthcoming Samsung Galaxy S21. And we have to say that we don’t like many of those features. Say, there have been rumors that the South Korean may not use the new Qualcomm Snapdragon chip. Instead, it will put the current top-end mobile platform in order to control the price. Moreover, there is every reason to think that the Exynos 1000 that will appear on this phone in selected markets can’t provide a flagship-level performance. Today, the Samsung Galaxy S21’s running score has been spotted. A device with a model number of SM-G996B was found in Geekbench 5 today. This should be the Galaxy S21 with Samsung’s own chipset. 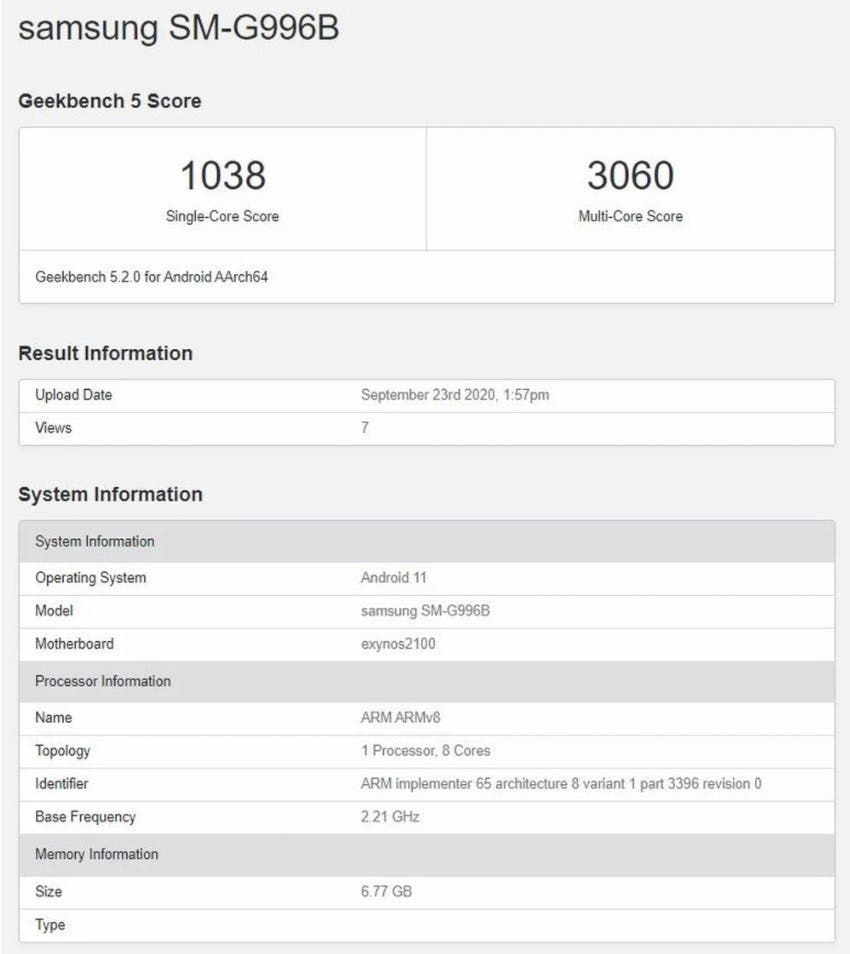 The GeekBench information shows that the device is equipped with an exynos2100 motherboard and the processor has an eight-core architecture. The small core frequency is 2.21GHz, and the GPU is the Mali-G78. But the benchmark entry did not disclose the specific operation of these cores. However, according to recent rumors, Exynos 1000 (the name is still uncertain) has a core configuration of 1+3+4. This simply means there is one main core, three performance cores, and four energy-saving cores.

Also, we see the phone comes with 8GB of RAM and runs on the Android 11 system. These are preliminary details. Galaxy S21 is likely to have an additional RAM version. Particularly, we have heard there will be a 16GB LPDDR5 version. If so, it will become the fastest model on the market. 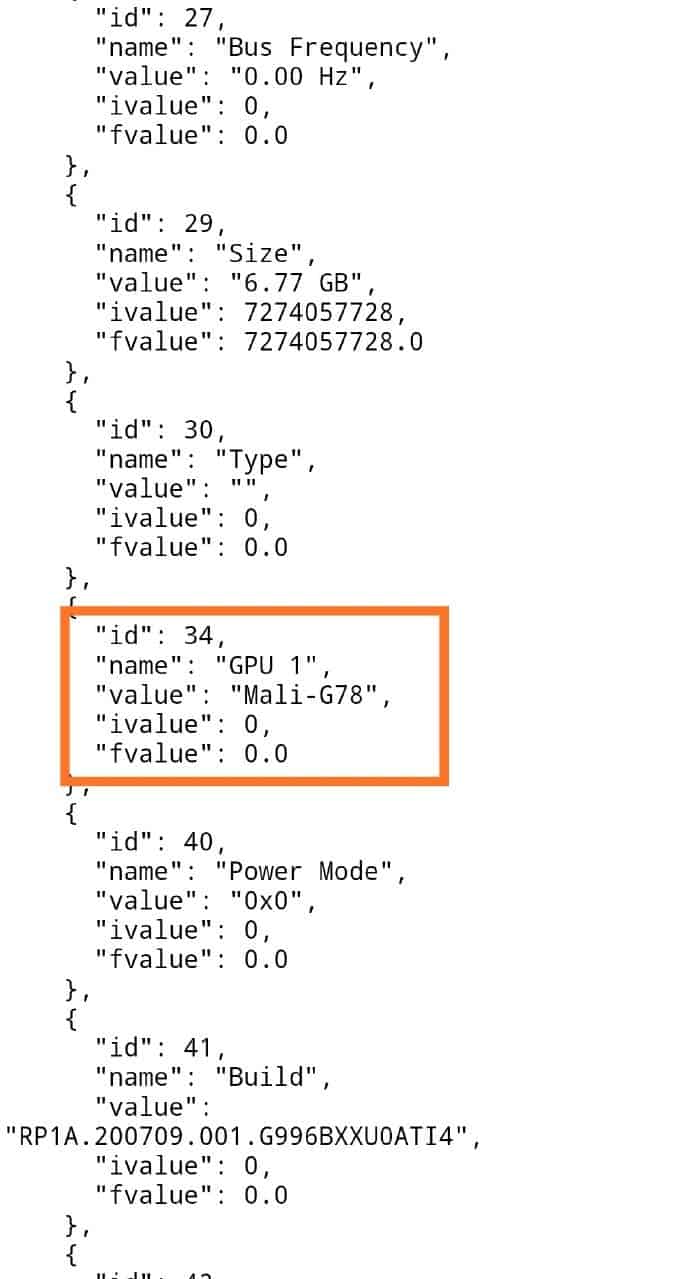 We need to point out that the Samsung Galaxy S21 is about six months away from its expected time to market. The above is just a preliminary running score and is for reference only.