The development of foldable phones in the smartphone industry is slow but steady. As of now, only a handful of phone makers has a foldable phone on its shelves. The likes of Samsung, Huawei, LG, Royole, and a few others can boast of at least one foldable phone. However, popular manufacturers like Apple, Xiaomi, Oppo, and others do not have any.  Now, a document from LetsGoDigital shows that Oppo is working on its foldable device. Recall that sometime last year, an Oppo foldable phone prototype appeared online. However, Oppo is yet to launch any corresponding product so far. The recent report shows that the Chinese manufacturer has applied for a foldable phone patent. From the patent sketches, we now have a set of renders of this smartphone. 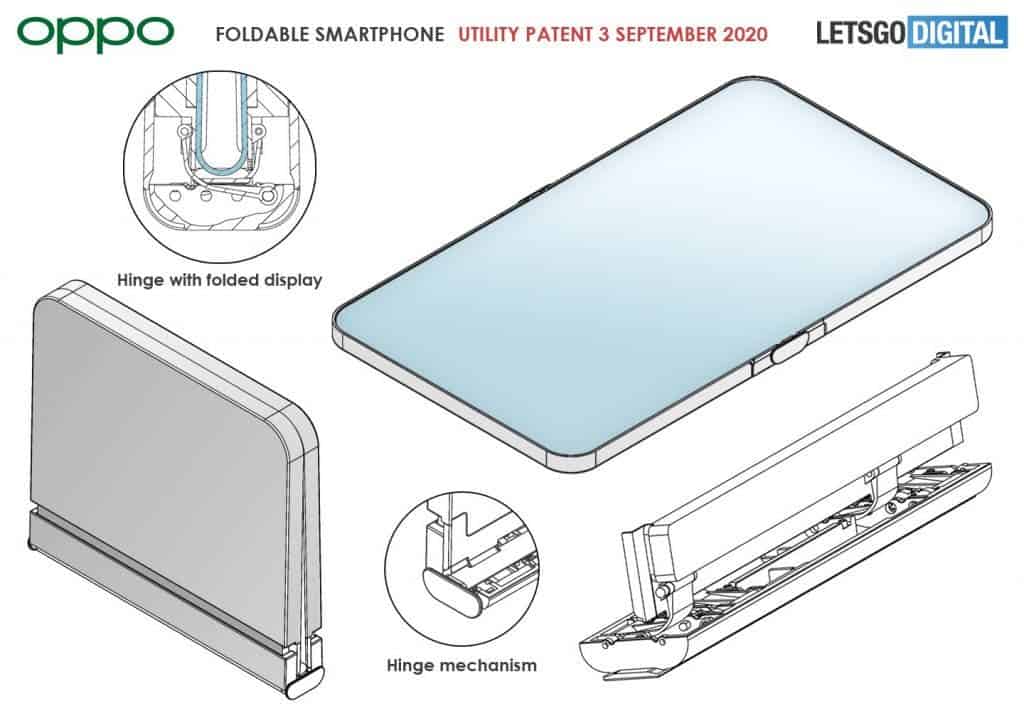 Most foldable phones come with an outward folding display. As a result, the screen is significantly less protected when you take the phone with you when folded. In the meantime, however, Oppo also seems to be working on an inwardly folding smartphone. The patent describes a foldable phone with an inwardly folding flexible display. This foldable phone uses a strikingly designed hinge, similar to the hinge design of Microsoft Surface Duo. This hinge design provides a better folding experience, reduces the screen crease, and improves the life span. 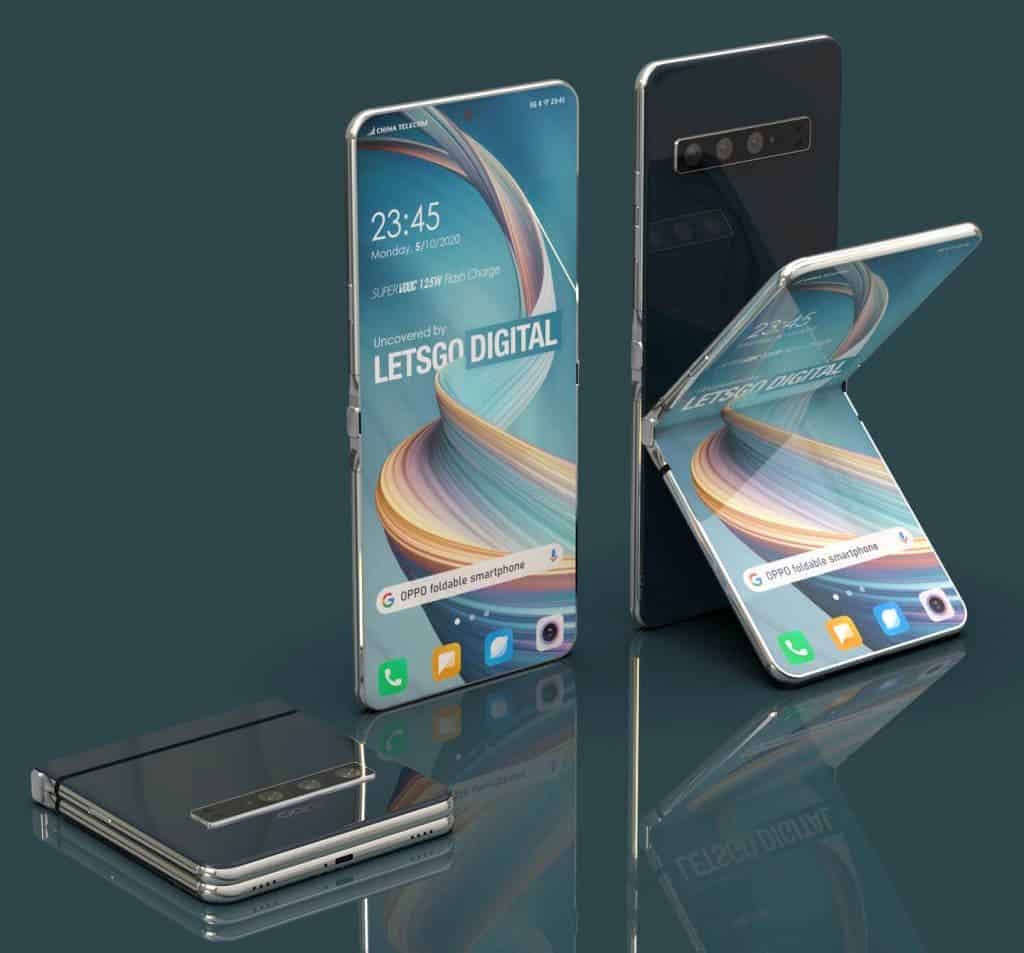 The hinge is slightly wider than the phone itself. This should make it possible to secure the phone at various points. Think of the Flex mode on the Samsung Galaxy Z Flip . The hinge of the foldable Oppo phone also shows many similarities with the HTC foldable smartphone. With Oppo, however, the flexible screen is on the inside, while with HTC it was an outwardly folding screen. 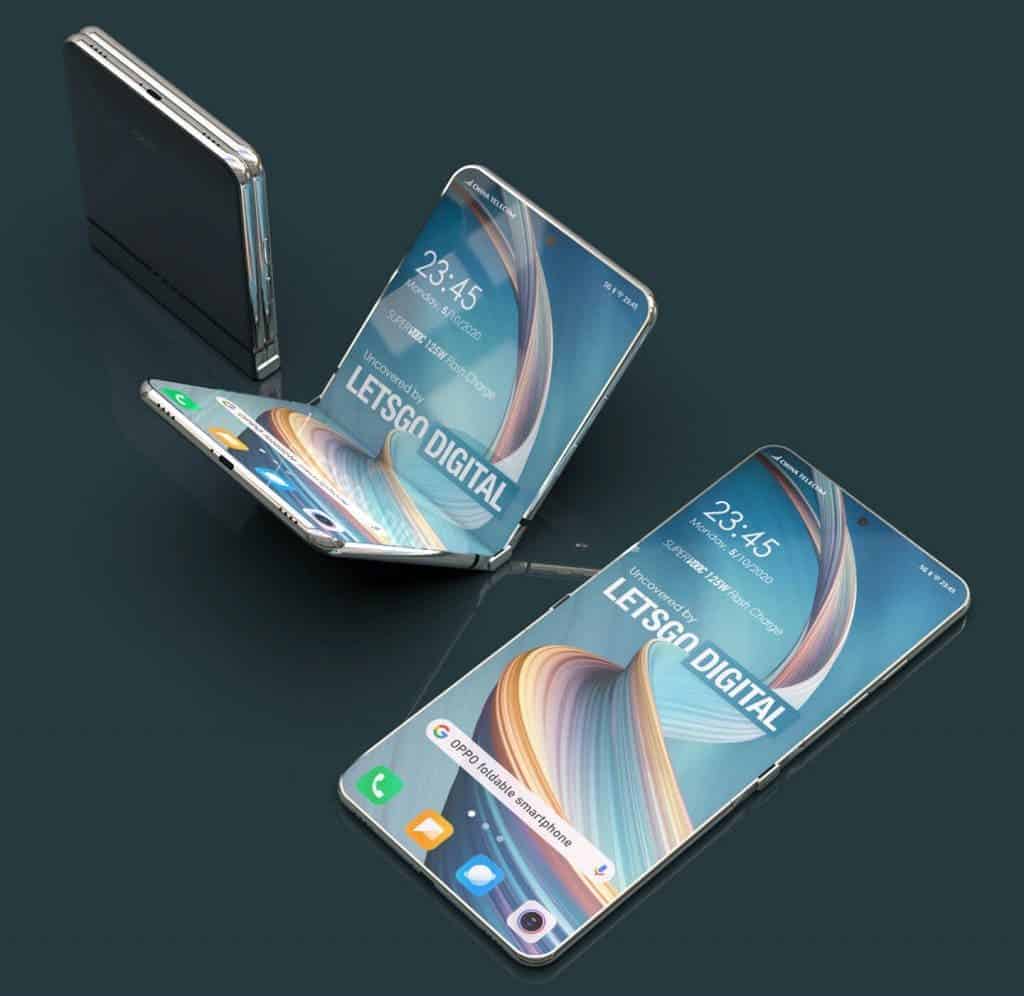 A properly functioning hinge will significantly improve the user experience. For example, you don’t want to hear strange creaking noises during folding, and the hinge should not work too stiffly. However, too flexible is also not good, because then the device can unfold too easily in your pocket. In addition, it must prevent dust and dirt from getting into the mechanism. This can adversely affect the operation of the folding process.

It is worth mentioning that this patent is only used as a technical reserve, and it cannot indicate that OPPO will launch this model in the future.