The Galaxy S20, the FE variant has been released globally recently. And today, the company uncovered the Samsung Galaxy S20 FE in China. It is available in streamer red, photosynthetic green and other color variants. The starting price is 4999 yuan ($746). 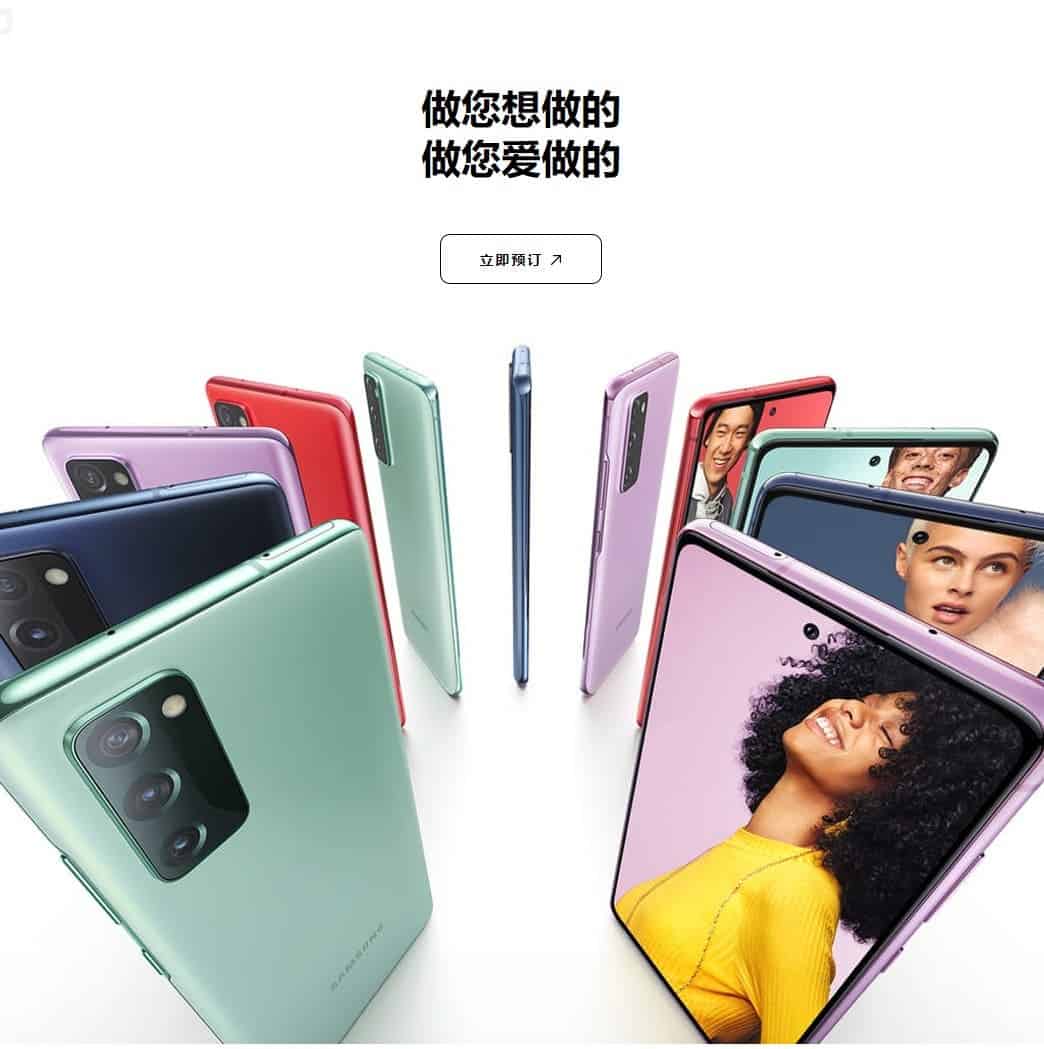 As for the rest of the features, the Samsung Galaxy S20 FE uses a Dynamic AMOLED Infinity-O display. It is 6.5 inches laying between S20 (6.2 inches) and S20+ (6.7 inches). But the resolution is 1080P+. This screen has also passed HDR10+ certification, and also supports 120Hz refresh rate. But it has to be reduced to 1080p resolution.

The triple camera on the back of the Samsung Galaxy S20 FE uses the 12-megapixel main camera on the S20. It has a 1/1.76″ large sensor and 1.8 micron pixels, dual-pixel autofocus, and optical image stabilization (OIS). However, the telephoto camera is new. It has an 8MP resolution (1.0 micron pixels), supports OIS, while the rest of the CMOS parameters include an f/2.4 aperture, 3x optical zoom and up to 30x spatial zoom. The 64MP sensor of S20/S20+ has gone. This simply means that the FE version cannot record 8K video. The third sensor uses a 12-megapixel ultra-wide-angle CMOS that can cover a 123° field of view.

All these features sound quite attractive. But the recent reports show that the phone has a real problem related to the touchscreen. Particularly, the first few Samsung Galaxy S20 FE buyers have been complaining about display problems. For some reason, it stops responding or reads input by mistake, and there is also a jittery scroll animation. The sensitivity of the sensor is not stable. But it takes time to realize that something is wrong with it. In some cases, users had to go into a forced reboot to fix the screen issues.

At the moment, it is difficult to say how common the problem is. But the number of negative reviews is constantly growing and there are those who have already managed to even replace the device. True, in the newly received devices, not everything is smooth. It seems that in an attempt to save money, Samsung went to install cheaper and lower-quality touch screens in the Galaxy S20 FE.