Various sources are competing with each other to report more and more details about the Huawei Mate 40 smartphones. This time, a well-known insider posted on Twitter a live photo of the rear panel of the Mate 40 RS Porsche Design smartphone and indicated the cost of this model.

The back cover shows the design of the back of the smartphone. By the way, the back panel is not metal or plastic, but ceramic. Moreover, the photo shows the black version, but it will also be white. 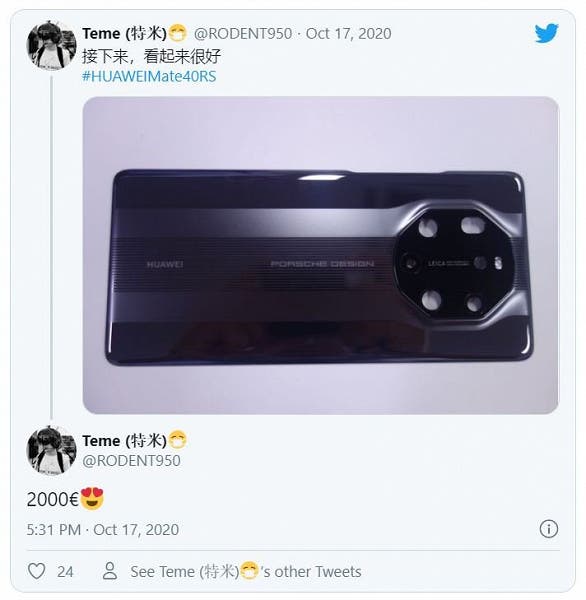 Recall that the official premiere of the Huawei Mate 40 smartphones will take place on October 22. The smartphones will be powered by the Kirin 9000 5nm SoC, OLED screens, fast wired (66W) and wireless charging.

On the same day, pre-orders for the Mate 40 in China will begin. And it will be available in Chinese stores on October 30. Unfortunately, there is no international release information available. According to previously available information, it is unlikely that this will happen before the end of the year, and may not happen at all.