Oppo Reno4 and Oppo Reno4 Pro came out in June, Reno4 SE joined them in September and Reno 4F joined the family last month. Now, a message has come that the company is preparing to present the new generation of Reno smartphones – Oppo Reno5.

The first details on the upcoming Oppo Reno5 smartphone are revealed

Information about an unknown Oppo smartphone has appeared in the TENAA database and the insider Digital Chat Station shared some information about it. It is assumed that we are talking about the upcoming Oppo Reno5.

Among the distinctive features of the new smartphone is a 4200 mAh battery with fast 65-watt charging and a multi-module main camera with 64 Mp + 8 Mp + 2 Mp + 2 Mp sensors. It is also important to note that the smartphone will run Android 11 with ColorOS user interface. 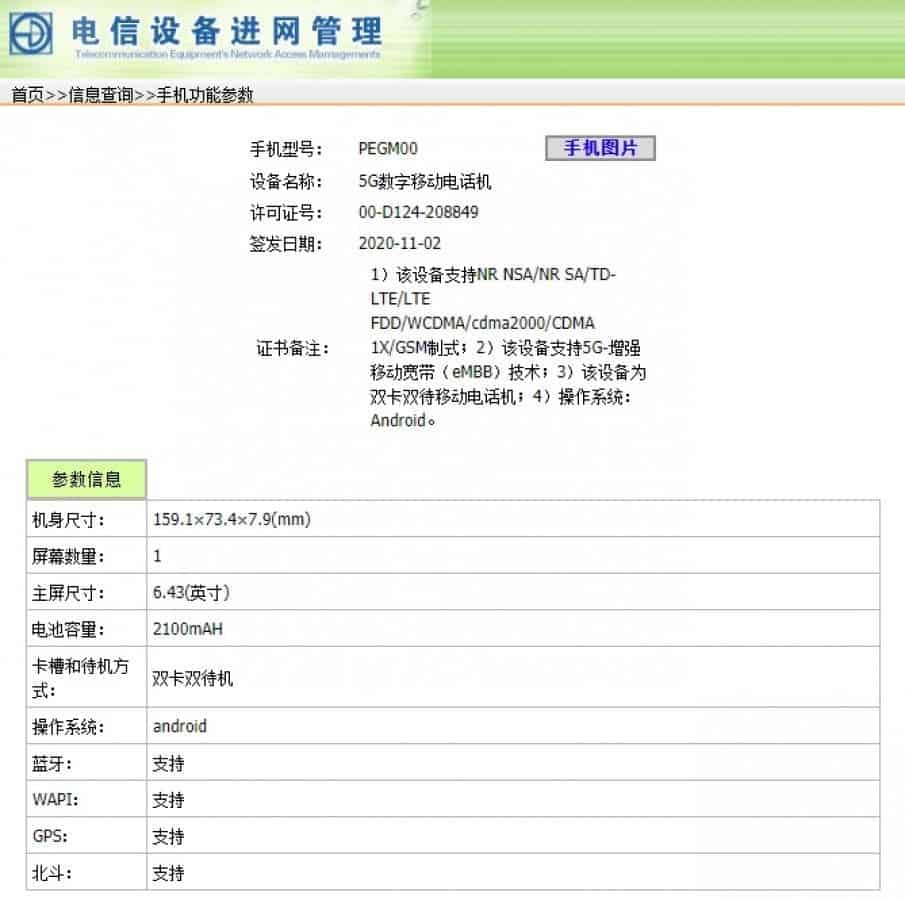 The dimensions of the smartphone body are 159.1×73.4×7.9 mm and its front panel will be a 6.43-inch OLED display with a refresh rate of 60 Hz. As a hardware platform, the device will receive the Dimensity 800U chip with a clock frequency of 2.4 GHz and support for 5G.

When to wait for the announcement of Oppo Reno5, it is not known for certain. We can only speculate that the company will not postpone the release of the smartphone and will present it before the end of this year.

Exynos 1080 And Other Samsung Chips Coming To Xiaomi, OPPO and VIVO

In the 5G era, smartphone processors are becoming more and more important. Now most China-based first-tier manufacturers rely on Qualcomm’s and MediaTek’s 5G processors. But this situation will soon change. It turns out that Xiaomi will begin using Samsung’s Exynos processors next year. Moreover, besides Xiaomi, other Chinese brands such as OPPO and VIVO will also use Exynos chips in their smartphones.

Everyone knows that Samsung is also very strong in smartphone processors field. The performance of high-end Exynos processors is not weaker than that of Qualcomm and Huawei. However, in the 4G era, for various reasons, only Meizu used Exynos chips in its handsets. Other Chinese mainstream brands did not purchase it.

Since last year, VIVO has become the first company to cooperate with Samsung and launched the China market custom 5G processor. The first product came with the Exynos 980. If you guess, we are talking about the VIVO G1 5G handset.  In this regard, on November 12, Samsung will unleash the next-gen flagship Exynos 1080 processor. If no accidents, VIVO will debut it.

The Exynos 1080 processor is based on a 5nm process and uses four Cortex-A78 large cores and four Cortex-A55 small cores. The GPU is Mali-G78. This is the world’s first 5nm A78 flagship chip.

According to the latest news, Samsung’s LSI division plans to supply Exynos processors to companies such as Xiaomi, OPPO and VIVO in 2021. The report did not give specific models, but the Exynos 1080 or even higher-end Exynos 2100 have all chances to appear on these Chinese brands’ models.

This simply means that in next year’s 5G processor market, Qualcomm and MediaTek will have greater pressure.

Next Discounts for great 3D printers on Aliexpress