Samsung is one of those companies that make so many different smartphone models. The source reports that the South Korean manufacturer plans to upgrade to One UI 3.0 based on Android 11 as many as 90 models of smartphones and tablets. 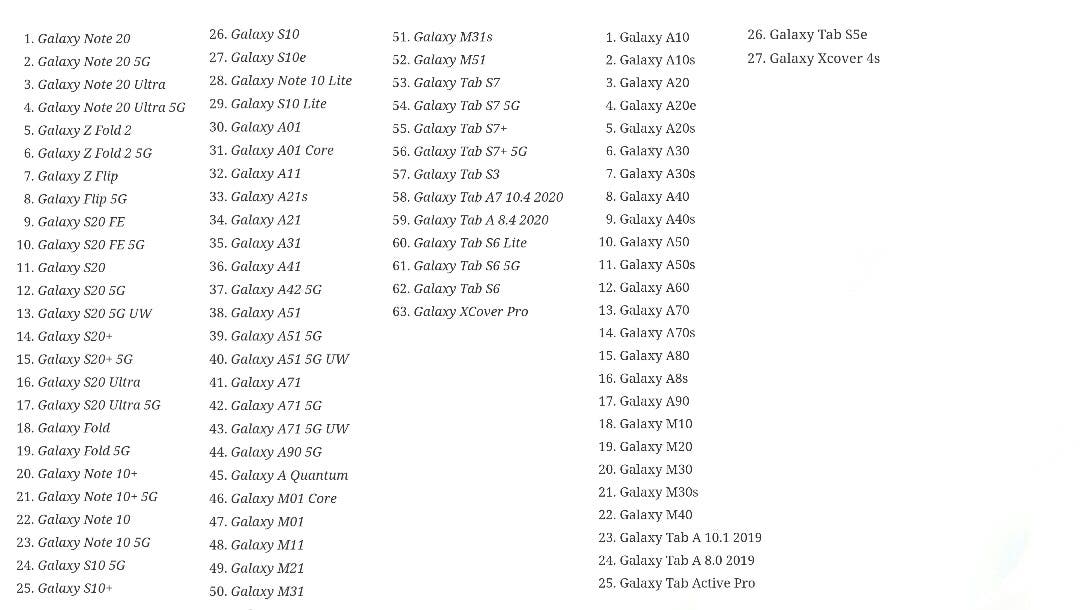 Since Samsung has not yet officially announced the list of devices for which the One UI 3.0 update based on Android 11 is planned; this list should be treated with caution for now.

During the last quarter, Samsung also reached a 6.7% growth year over year. According to the report, the company’s latest accomplishment was pushed by the wide offer of budget and mid-range devices with competitive prices and decent specifications. Moreover, the recently released flagships, Galaxy Note 20, Note 20+ helped the company to boost its sales in the country. Last but not least, it seems that the Galaxy Z Fold2, the company’s latest tablet-like foldable smartphone, is achieving good results in Uncle Sam’s country.

Next Apple's profits in India has grown exponentially

Android 11 makes it way to the affordable Samsung Galaxy A10e

Galaxy Tab A7 gets the latest Android 11 software update!