Today it is more and more difficult to understand the logic of building a lineup of Xiaomi smartphones. The company has spawned a huge number of different devices and just looking at the Redmi Note line you can get lost how many models the company managed to release within this line. And soon the picture of the lineup of Xiaomi devices will become even more confusing. The company is preparing new items for the announcement.

The design of the 6000mAh Redmi smartphone has appeared on TENAA

We have already reported that information about the characteristics of the smartphone with the model number M2010J19SC has appeared in the TENAA database. Several hours passed, and now, the certification authority has posted images of the device. No unique exterior is coming. With its appearance, it embodies the features of Honor devices and the latest Realme models. And here the company could not resist not putting a big “stigma” by inscribing the name of the brand in large letters. 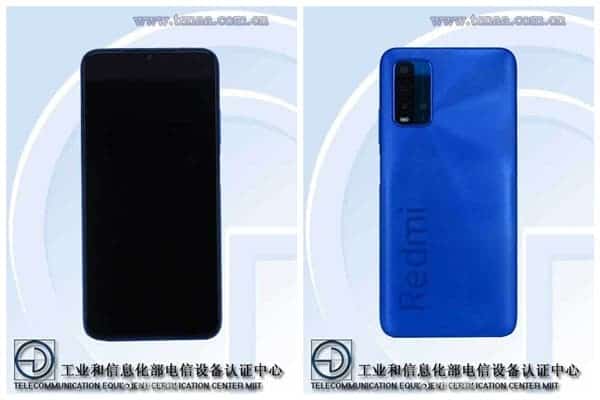 The Redmi smartphone received a front camera, which is inserted into a round hole in the center of the upper part of the display, and also installed on the back of the trendy rectangular platform for the main camera on the back. It is known that the device will receive a 6.53-inch display with FullHD + resolution, an unknown eight-core chip with a frequency of 2.0 GHz, 4/6/8 GB of RAM and 64/128/256 GB of storage memory.

The smartphone will be powered by a 6000mAh battery, the resolution of the front camera is 8 megapixels, there is a fast 22.5-watt charging and a side fingerprint scanner has been implemented. The dimensions of the case are 162.3×77.2×9.6 mm and there are seven colors to choose from: black, blue, white, red, purple, green and orange.

Since last year, Redmi has become a separate brand from Xiaomi and is trying to exist in parallel. Redmi has several series including the K series, which represents budget flagships in the understanding of Xiaomi’s sub-brand. Soon the Redmi K40 line should be launched, which will replace the Redmi K30.

Earlier it was reported that the Redmi K40 Pro will receive the Snapdragon 875 chip; which will be released on December 1 or 2 and will be produced using 5-nanometer technology. The basic version of the Redmi K40 will offer a Dimensity 1000+ or ​​Snapdragon 775 processor; and a multi-module main camera with a 64MP Sony IMX686 main sensor. From these new devices, you can expect batteries with a capacity of at least 4000mAh and fast charging with a capacity of at least 33 W.

It is expected that Redmi K40 will go on sale before the end of this year; and the firmware will appear in the first quarter of next year.

Next Like the PS5, Xbox Series X has a major bug and turns off itself during games