Six years passed since the first generation of Apple Watch was out. During this period, Apple has been improving Apple Watch. Agree that now it provides better display, health detection, waterproof and other functions.

Recently, a new Apple patent was leaked. From the patent, we can see that Apple will add a sustainable blood pressure monitoring function to the future Apple Watch products. This technology can spread the pulse time without disturbing the user. 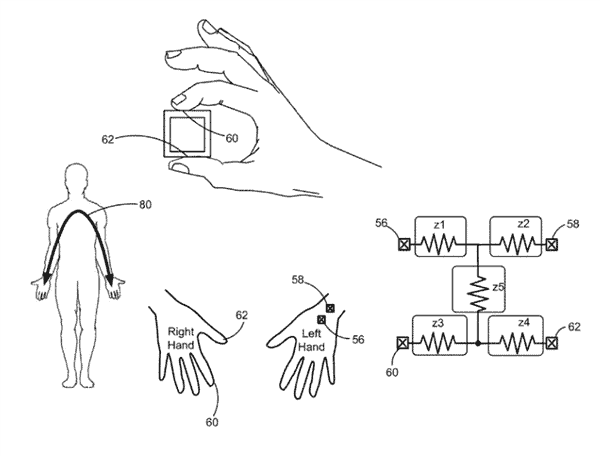 The current blood pressure measurement methods cannot achieve sustainable measurement. The cuff device used in the ‘oscillometric method’ will indirectly inflate and deflate. This will give the measurer a feeling of pressure and restraint.

In this regard, the new Apple patent will provide users with sustainable and unconstrained blood pressure monitoring.

In September of this year, Apple officially released the sixth-generation Apple Watch and Apple Watch SE at the 2020 autumn new product launch.

The new generation of Apple Watch, coming with a new blood oxygen detection sensor, can complete a blood oxygen measurement within 15 seconds.

After Apple Watch supports ECG electrocardiogram function, it has successfully saved the lives of users many times. Among them, the elderly and users suffering from heart disease account for the vast majority. Apple has added the ‘fall detection’ function to Apple Watch Series 4. This function is mainly for the elderly to prevent them from accidentally falling.

Is The Apple Watch Oximeter Useless?

However, many think Apple’s oximeter is far from accurate and a Washington Post reporter considers it as ‘mostly useless’. In this regard, Apple said that this sensor has no medical grade. For Geoffrey Fowler of Washington Post, the Apple Watch Series 6 oximeter has no effect.

Sometimes the new Apple Watch Series 6 reports my lungs and heart are the picture of health, pumping blood that’s 100 percent saturated with oxygen. At other times, it reports my blood oxygen is so low I might be suffering from emphysema. (I am not.). Over several days of comparing my second Apple Watch’s measurements to my FDA-approved finger oximeter, Apple’s readings most often differ by two or three percentage points — though they’ve also sometimes exactly matched, and sometimes been as much as seven percentage points lower.

Apple WatchOS 9 Has A Big Problem, Don’t Update Your Watch Yet