Samsung is all set to launch its next-gen Galaxy S21 flagship series next year in the month of January. The lineup will consist of three devices namely Galaxy S21, S21+, and S21 Ultra. Apart from this, Samsung is also planning to add new TWS earbuds expanding its wearable portfolio. We first heard about it earlier this month when a report claimed that the new Galaxy S21 trio will pack TWS earbuds instead of AKG earphones. For quite some time, we thought it would arrive with a Galaxy Buds Beyond moniker only to realize that it will be called Galaxy Buds Pro. Well, the wearable has now received a key certification suggesting that it will indeed launch soon.

The upcoming Galaxy Buds Pro has now appeared on FCC with the model number SM-R190. This model number points towards the Galaxy Buds Pro. The FCC listing reveals the design of the case along with a few pieces of information about it. According to the attached images, the case of the Buds Pro comes with a rounded shape similar to that of Galaxy Buds Live. Of course, the buds themselves will not be inspired by Beans’ design. According to the listing, the case will have 500mAh cells that are capable of charging at 2.5W. The case will make use of a USB Type-C port for that. The listing doesn’t really reveal anything else about the wearable. 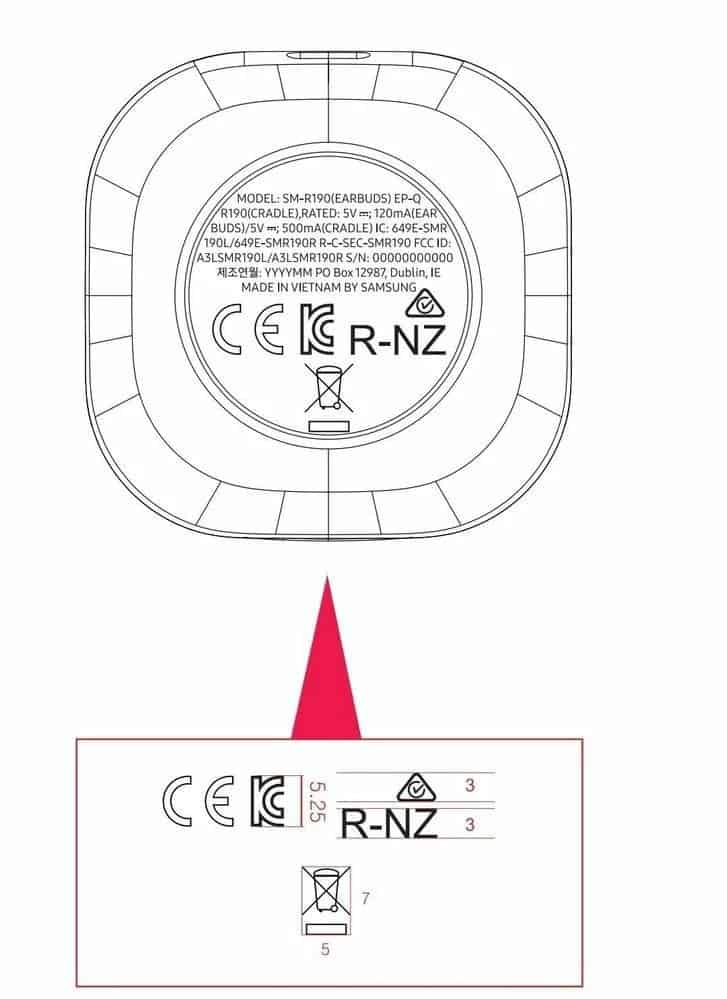 According to previous reports, the Galaxy Buds Pro will bring Active Noise Cancellation to the Galaxy Buds lineup. For those who’re unaware, the Galaxy Buds Live is now treated as a separate lineup in itself. This means that users will be able to stick with the classic design and can still enjoy the ANC features. ANC on the original Galaxy Buds lineup was something that was highly requested by the fans and users around the globe. It looks like Samsung is finally adding the much-awaited feature to the offering. Apart from this, we’re expecting overall audio improvements along with an improved Ambient Mode.

Just like the previous offerings, the Galaxy Buds Pro should also come with Qi wireless charging, touch controls, sweat resistance, and Bluetooth 5.0 with AAC. Since the product has now appeared on FCC, it is safe to say that it will indeed see its launch in the month of January. With that said, the Buds Pro will not replace any of Samsung’s existing TWS but would be an expansion to the company’s offering.