Welcome back to our monthly rendezvous in which we check out what are the best Chinese phones on the market. In this list in particular, we have a look at the most affordable handsets below the $100 price mark; keep reading!

Albeit several months old at this point and time, the Realme C3 is still the best smartphone to go for if you’re on a tight budget. For under $100 you do indeed get an impressive device with its powerful MediaTek Helio G70 CPU, along with 3GB of RAM and 32GB of internal storage (expandable via microSD).

The Realme C3 also brings a good camera department with three shooters on the back, including a primary 12MP sensor, a secondary 2MP macro lens and a third 2MP sensor to capture depth data. Selfies wise, we find a 5MP snapper at the front.

The handset boasts a large 6.5-inch panel with HD+ resolution with Realme UI based on Android 10 and is fueled by a 5000mAh capacity battery.

Another really interesting and even more affordable smartphone from Realme is the C11. Realme’s entry-level device is powered by a good MediaTek Helio G35 SoC, paired with 2GB of RAM and 32GB of internal storage.

As for the cameras, the smartphone brings to shooters of 13MP for the main camera and a 2MP portrait camera. Meanwhile for selfies we find a 5MP snapper.

Finally, at the front of the handset we find a large 6.5-inch display with HD+ resolution, along with Realme UI based on Android 10 and a 5000mAh capacity battery.

Coming from Realme‘s nemesis, Redmi, we have the brand’s latest entry-level, the Redmi 9A. The smartphone features a large 6.53-inch panel with HD+ resolution and it’s powered by a MediaTek Helio G25; along with 2GB of RAM and 32GB of internal storage (expandable through microSD).

The Redmi 9A comes with a single 13MP camera at the back and a 5MP selfie snapper at the front.

Finally, fueling the Redmi 9A we find a 5000mAh capacity battery, while the OS is MIUI 11 based on Android 10 out of the box. 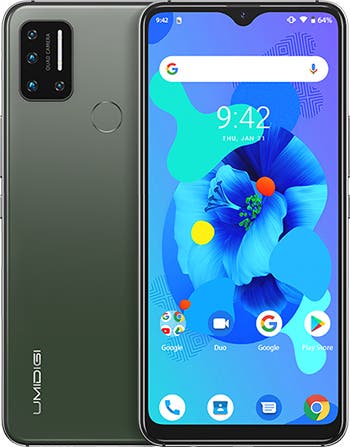 With its price dropping below $100, the UMIDIGI A7 has now become a good alternative in this price range. The smartphone is powered by a MediaTek Helio P20 CPU; along with 4GB of RAM and 64GB of storage (expandable via microSD card).

The UMIDIGI A7 comes with a total of four cameras, including a 16MP Soy IMX398 main sensor, an 8MP ultra wide angle camera with 120° FOV, a 5MP depth camera and a 5MP macro camera. Meanwhile for selfies we have a 16MP selfie snapper.

Finally, the smartphone packs a 4150mAh capacity battery and runs Android 10 out of the box. 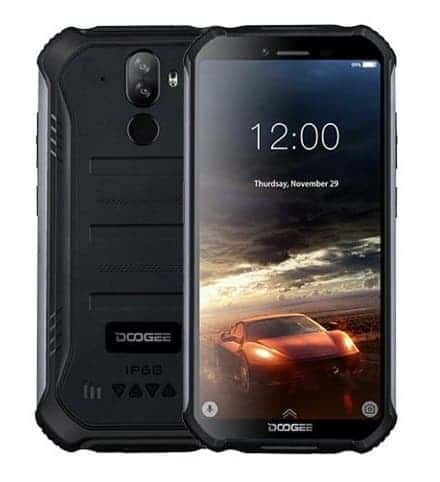 Last but not least, if you’re looking for something tougher, the Doogee S40 Pro might be the smartphone for you. The rugged phone comes with a MediaTek Helio S25 under the tough hood; along with 4GB of RAM and 64GB of internal storage (there’s also a microSD slot).

As far as photography is concerned, the smartphone packs a 13MP camera paired with a 2MP depth sensor at the back and a 5MP selfie snapper at the front.

Finally, the Doogee S40 Pro features a good 4650mAh battery, it has an audio jack and NFC functionality.

Aside from being tough and IP68 water resistant, the smartphone also packs a large 5580mAh capacity battery capacity and integrates an NFC module for electronic payments and whatnot.