The predictions of the Xiaomi Mi 11 presentation date, in which insiders competed with each other, turned out to be almost correct. After many rumors and leaks that traditionally surround Xiaomi events, confirmation came from the company itself.

The winter event, in which the presentation of the Xiaomi Mi 11 series will be announced, will take place on December 28; a day earlier than the techno spies predicted. It is expected that we will see a couple of flagships: Xiaomi Mi 11 and Mi 11 Pro. There are also some predictions about the possible debut of the Xiaomi Mi 11 Pro +, which should be treated with a great deal of skepticism.

It is expected that in China the basic version will cost $612, while the Xiaomi Mi 11 Pro will be available from $811. 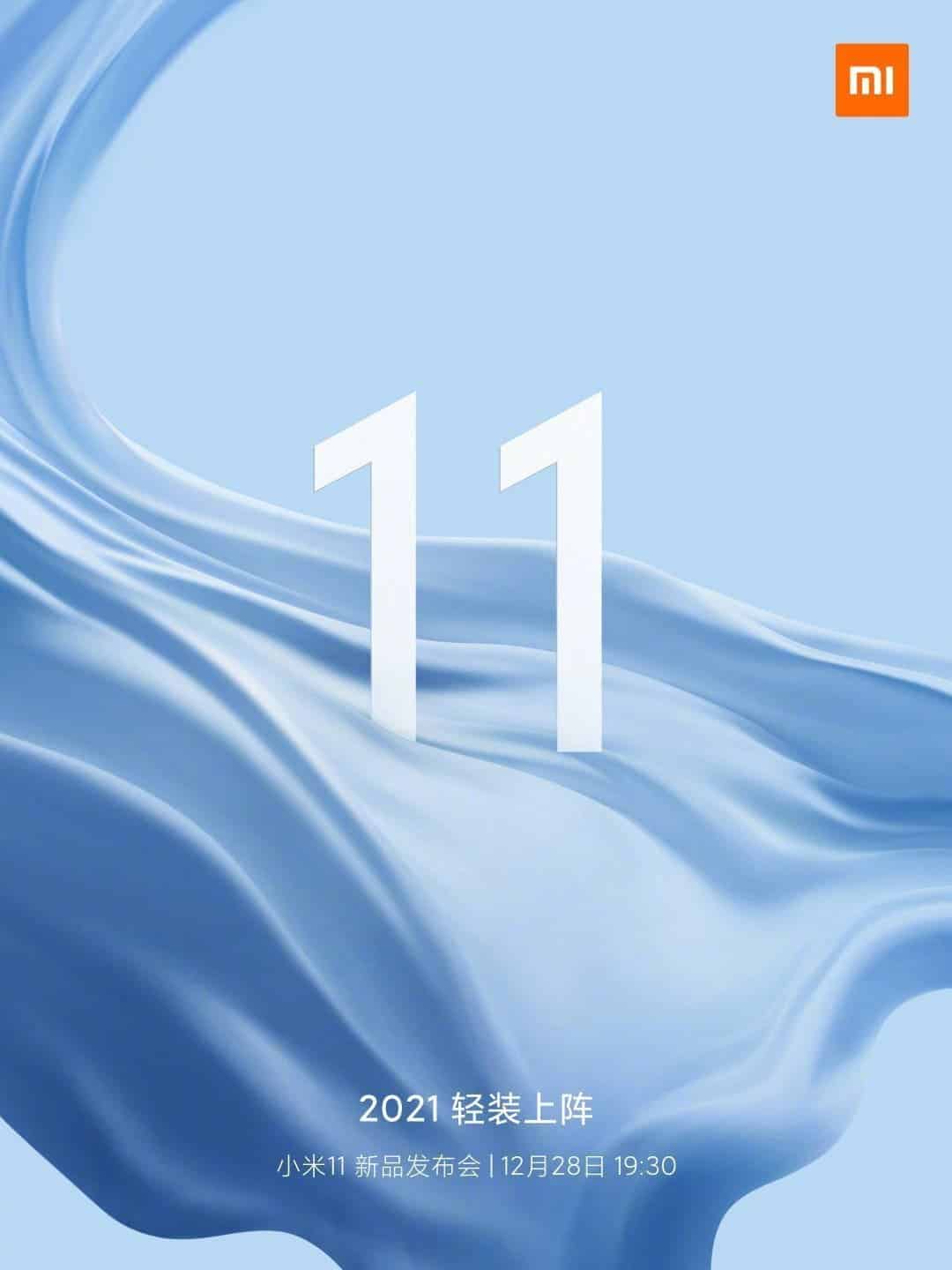 Unfortunately, the size of the phone’s display is also unspecified here. All we know is that it will come with a display bigger than 6-inches. This can mean anything in a world of full-screen smartphones. Of course, the resolution is also listed as 1440p here. Some rumors state that the Mi 11 Pro will include a mode with QHD+ resolution; but this is yet to be confirmed. The leak also lists a variant with 8GB of LPDDR5 RAM and 128GB of UFS 3.1 Storage; since this is a Pro variant we expect a 12GB + 256GB version to appear too.