It’s not every day we hear about Coolpad, but the company still is in the market and has a new device to start 2021 – The Coolpad Cool S. After months of silence, the brand is back with a new smartphone launch in Nepal. It’s a mid-range phone with a 6.53-inch punch-hole display, Quad-Camera setup, and a MediaTek Helio P60 under the hood.

The Coolpad Cool S flaunts a 6.53-inch panel with FHD+ resolution and a top-left aligned punch hole. The cutout serves as a house for a 25MP selfie snapper. Apparently, Coolpad decided to follow the trend for side-mounted fingerprint scanners that keep the back clean for the Quad-Camera setup. The phone has a Rectangular camera cutout, a design language that is very familiar.

The camera setup comprises a 48MP shooter, an 8MP ultrawide module, a 5MP macro, and an 0.3MP depth sensor. The latter resolution is quite low, so we don’t have big expectations for the depth sensing feature. In the bottom part, we can see the Coolpad logo. The phone’s overall dimensions are 161.2*76.2*8.9mm.

The phone draws power from a rather large 5,000mAh battery that charges over a USB Type- port. On the software front, we have Android 10 OS. Unfortunately, we’re in January 2020 and several companies are still bringing devices with the 2019’s version of Google’s operating system. 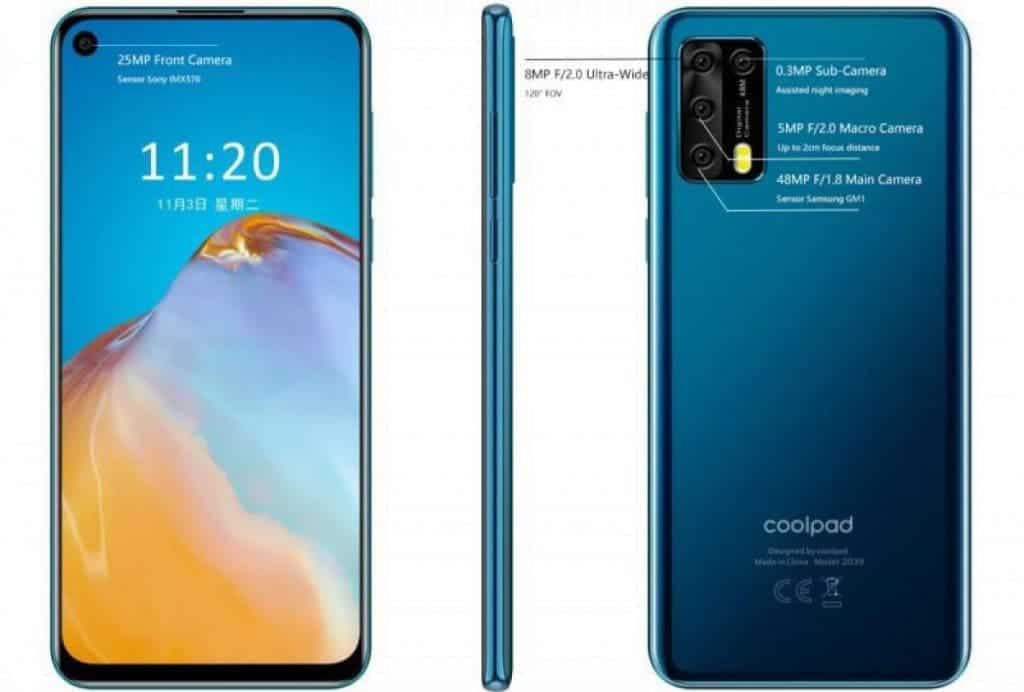 Under the hood, we have the MediaTek Helio P60 Octa-Core. Before the Dimensity and Helio G series, the Helio P60 was one of the best offerings coming from the Taiwanese chipmaker. The chipset is made on a 12nm architecture and has four ARM Cortex-A73 cores operating at up to 2.0GHz and four Cortex-A53 operating at up to 2.0GHz. This chipset certainly isn’t the most power-efficient one, so the 5,000mAh battery certainly will play a big role in this phone. The GPU is a Mali-G72 MP3 operating at up to 800MHz, it should provide enough performance for modern games with average settings. The phone is paired with 4GB RAM and 128GB of Internal Storage. Like with other devices in this category, the Coolpad Cool S comes with a MicroSD slot for further memory expansion.

The Coolpad Cool S comes in three distinct colorways – Black, Blue, and White. It retails at NPR 22,595, which is roughly $193. For that pricing point, there are better options in the market.

Previous More smartphones with three displays are in the works