As LetsGoDigital reports, Huawei Technologies Co., Ltd. applied for a design patent to CNIPA (China National Intellectual Property Office) in May 2020, covering 7 product drafts and 2 renderings. These patents were displayed today on January 12, 2021. 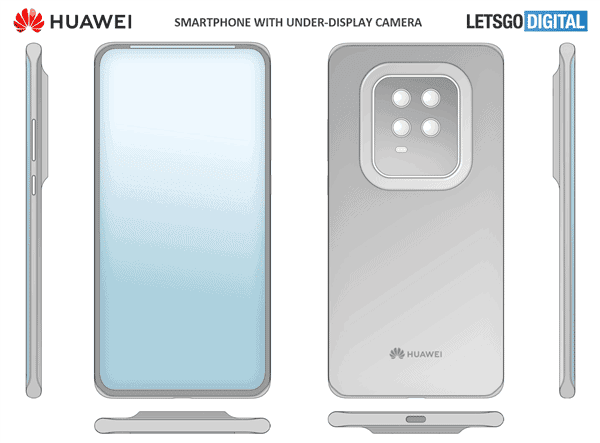 We can see that the screen of the machine adopts a quad-curved design, and the front lens is hidden under the screen.

So again, perhaps in 2021, a large number of smartphones coming with under-screen camera technology will appear on the market.

Next Huawei To Launch Kirin 820E Chip At Tomorrow's Event