At the end of last year, Vivo held a presentation of the X60 and X60 Pro smartphones. The devices turned out to be interesting, first of all, in terms of the SoC used. These are the first models on the market based on the 5-nanometer Exynos 1080 chip. Vivo will not be limited to the release of only two devices in the series; Now, the company is preparing for the release of Vivo X60 Pro+.

Even during the presentation of the first Vivo X60 models, the manufacturer confirmed its desire to release the most advanced version of the line in the first month of this year. And now it named the release date of Vivo X60 Pro+ on January 21. But at the same time, the company did not share details about the characteristics of the smartphone.

Looking back at the rumors and leaks that launched earlier, the Vivo X60 Pro+ will be a flagship device and will offer the top-end Snapdragon 888 chip, UFS 3.1 and 55W fast charging.

The main camera of Vivo X60 Pro+ should offer four sensors, where the main one should be a 50-megapixel sensor. Like other devices in the series, the device will receive optics from Zeiss.

A few days ago (late last year), Vivo officially released the Vivo X60 series. While the Vivo X60 starts at 3498 yuan ($535), the Pro model starts at 4498 yuan ($688). However, the company did not release the X60 Pro+ at the conference. This smartphone will be official later this month. According to a recent report from @DigitalChatStation, the Vivo X60 Pro+ now have network access certification. 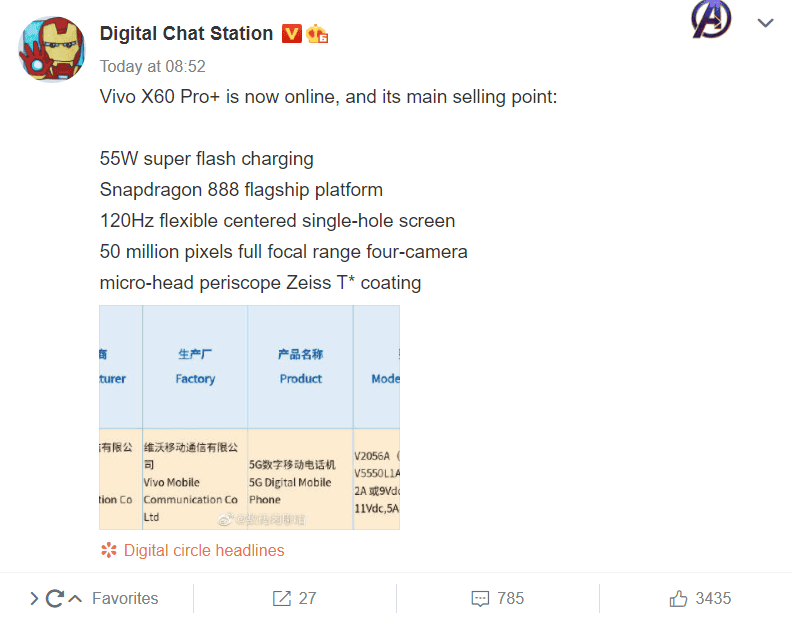 In addition to the Snapdragon 888 SoC, this phone will also come with a 120Hz refresh rate screen, 55W fast charging, a center punch-hole display. We will also have a 50MP main camera (in a quad-rear camera setup), and a Micro-head periscope Zeiss T* coating.

As can be seen from the official warm-up image, the X60 Pro+ actually uses a Snapdragon 888 SoC. Recall that the X60 and X60 Pro comes with Exynos 1080 5nm SoC. The X60 Pro comes with a Zeiss lens. It also uses a wide-angle lens, professional portrait lens, ultra-telephoto lens, and other optical lenses. In addition, it comes with the Zeiss Biotar portrait style mode. However, the X60 Pro does not use the Zeiss T* coating technology. This technology will be reserved for the high-version. 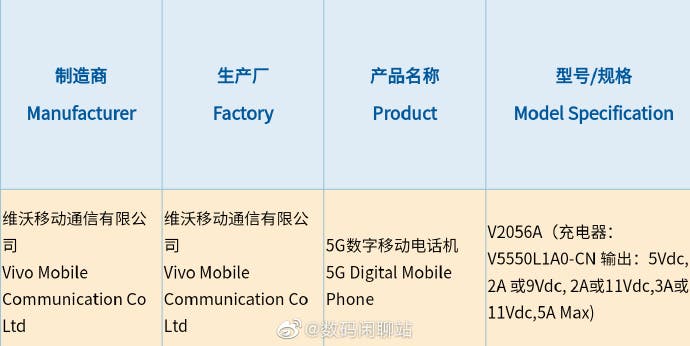 For those who did not see the launch post for the Vivo X60 and X60 Pro, see their specs sheet below