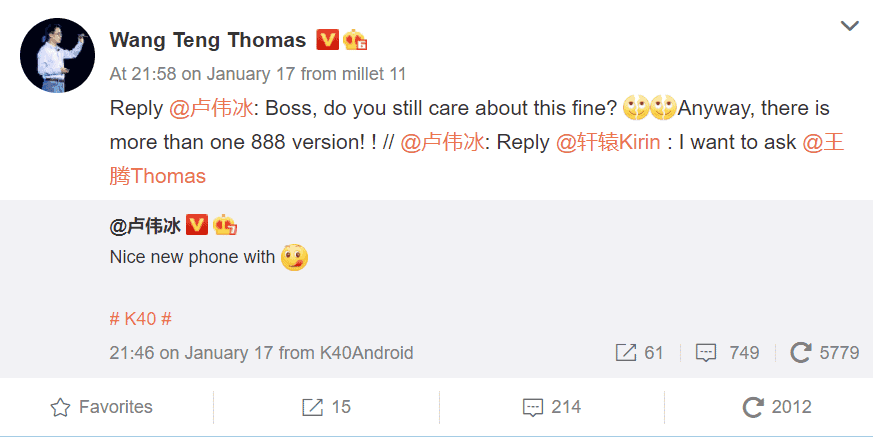 Yesterday, Lu Weibing, vice president of Xiaomi Group, and general manager of the Redmi brand, and Wang Teng, product director of Xiaomi / Redmi, preheated the upcoming Redmi flagship series. According to Wang Teng, the Redmi K40 series will be available in multiple versions. These models will include but not limited to the Qualcomm Snapdragon 888 SoC.

There have been reports that the flagship K40 series will have MediaTek models. According to the latest speculation, one of the Redmi K40 series will arrive with a Dimensity 1200 SoC. As of now, there is not much information on this smartphone. However, the company is quite outspoken about this series. We expect to get more official information on its design and other specs in the coming weeks.

For starters, we already know the starting price of this upcoming series. According to Lu Weibing, the Redmi K40 will start at 2999 yuan which is approximately $463. According to @DigitalChatStation, this new Redmi series will adopt a 120Hz OLED full screen. Furthermore, Lu Weibing and Wang Teng confirmed that the K40 display may be the most expensive straight screen in the industry. However, this device will also be on top as a “cost-effective device”. 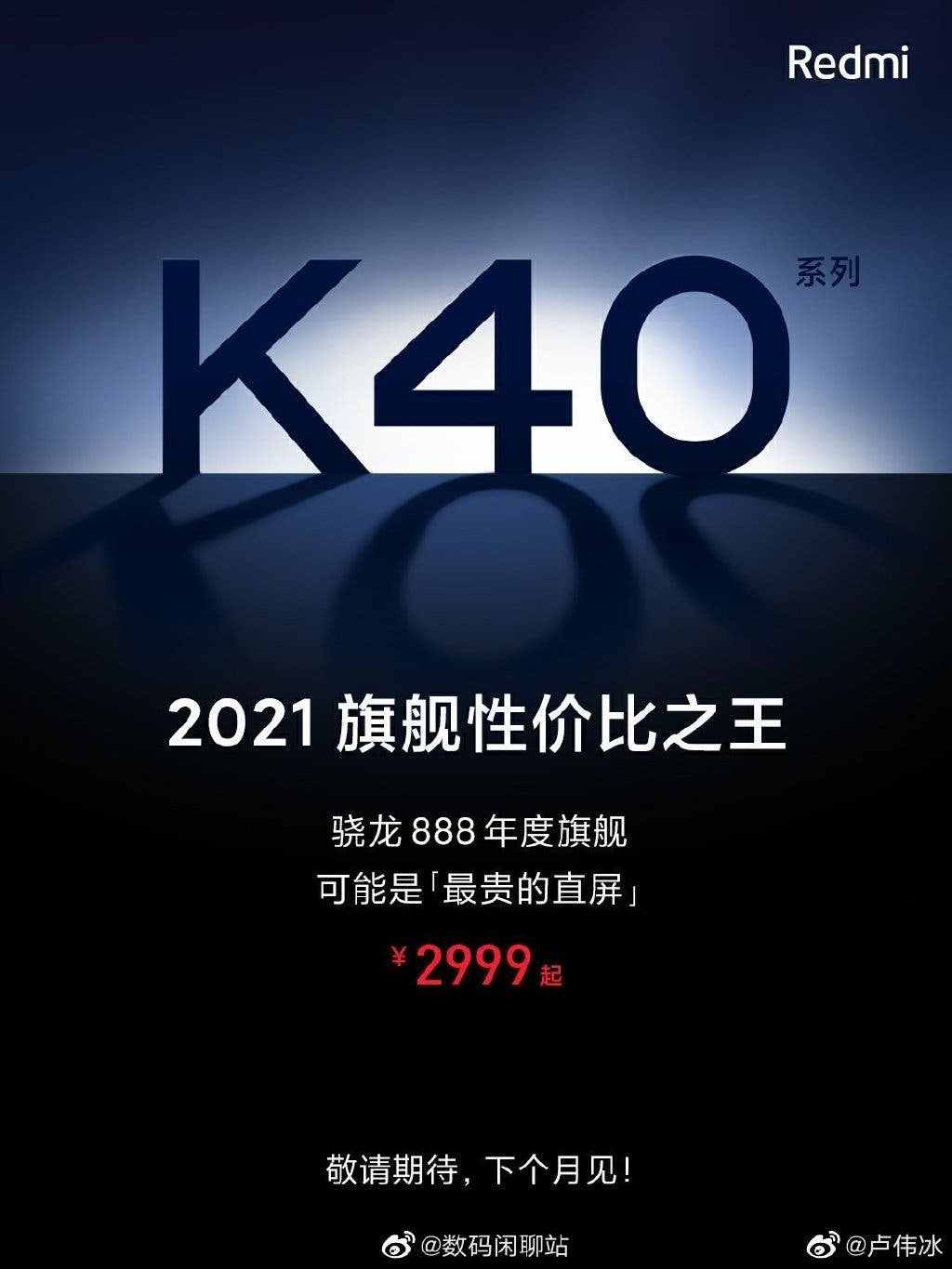 We know that Redmi K30 Pro uses a pop-up full screen, a design that is not very common with 5G devices.  One of its down points is the use of a 60Hz refresh rate straight screen. Well, it appears that Redmi will not make the same mistake on the K40 series. The step-up from 60Hz to 120Hz is obviously a huge leap. The overall quality of this display will be top-notch, at least that’s what we expect. In addition, the K40 series starting price of 2,999 yuan ($463) means that it has created a new low price for the Snapdragon 888 flagship phones. If there are no surprises, this device should be the cheapest Qualcomm Snapdragon 888 phone at launch.

Previous Apple AirPods Are The Most-Selling TWS Headsets In Q3, 2020

Next More Samsung models will remove the charger from the box