Oppo had an important year in the smartphone business. The company brought back its flagship series in the form of Oppo Find X2 and Find X2 Pro and expanded its Reno series to several markets. The company also brought interesting devices featuring 5G connectivity at low pricing points. Moreover, it once again has shown that is a house of innovations after showcasing the Oppo X 2021 with a rollable display. Now for 2021, the brand is set to introduce its Oppo Find X3 series as well as new competitive smartphones under its Oppo A-series. Apparently, one of the first devices coming from the mid-range smartphone series will be the Oppo A94. 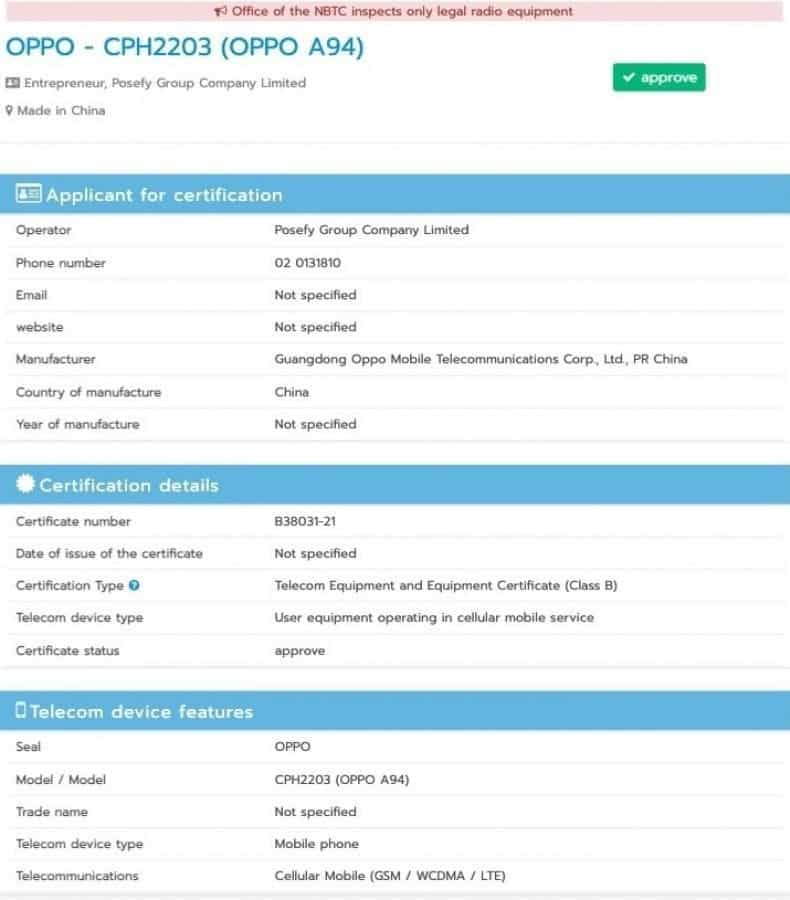 An Oppo device with model number CPH2203 appeared on Singapore’s IMDA certification two weeks ago. Now, we know that the device’s true identity is Oppo A94. It has acquired NBTC certification. According to the Thai certification, this is a 4G smartphones. This certainly may be heartbreaking for some users that were expecting Oppo to go full 5G this year. However, we expect it to come at a very affordable pricing point. Apart from the LTE connectivity, the certification listing does not bring additional details.

However, the very same device already passed China’s CQC certification. Thanks to the Chinese listing, we know that the device has 30W fast-charging capabilities. We don’t know the remaining specifications of the phone, but it’s amazing to see this charging rate coming in a mid-range phone. After all, many companies are still going through the 15W charging route. Oppo, on other hand, is one of the leading companies in fast-charging tech. Many of their devices already have whopping 65W wired charging. 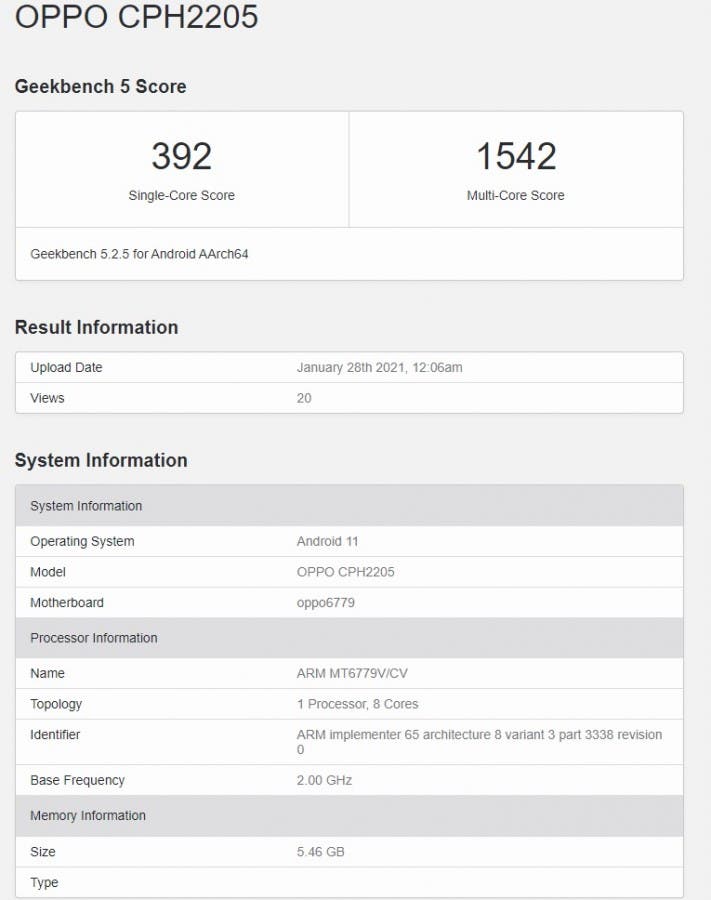 Interestingly, an OPPO CPH2205 visited GeekBench Benchmark with an Helio P95 chipset with 6GB of RAM. In these days of Helio G and Dimensity chipsets, the Helio P95 certainly isn’t the most popular choice among MediaTek chipsets. It is an Octa-Core chipset with 2x Cortex A75 cores clocked at up to 2.2GHz plus six Cortex-A55 cores clocked at up to 2.0GHz. The device scored 392 points in the Single-Core tests and 1,542 in the Multi-core department. It also runs Android 11 straight out of the box which means ColorOS 11 will be running on top.

The CPH2205 also passed by FCC certification. Its schematic hints at a side-mounted fingerprint scanner and 6.2-inch LCD display. The CPH2205 may end up as a variant of the Oppo A94 due to the similarities in the model number.

Previous Realme 7i goes official in Europe; It's a rebranded Narzo 20

OnePlus’ HydrogenOS will come 28th May