Oppo unveiled nothing less than four Oppo Reno5 smartphones in the last days of December. However, the brand is not satisfied with this amount and seems to be about to launch a new Oppo Reno5 F smartphone. The upcoming device has emerged on the Oppo Kenya website with a couple of images confirming its design and features.

The device’s launch seems to be imminent in Kenya at least. After all, the landing page brings most of the device’s specifications. First of all, it brings a design that is very distinct from other devices in the Reno5 series. The Reno5 F has a Quad-Camera setup comprising a main 48MP sensor. This setup is set to come with plenty of fancy AI features resulting in “alive and vivid” video footage. The landing page further confirms a 4,310mAh battery compete with 30W VOOC 4.0 fast-charging. 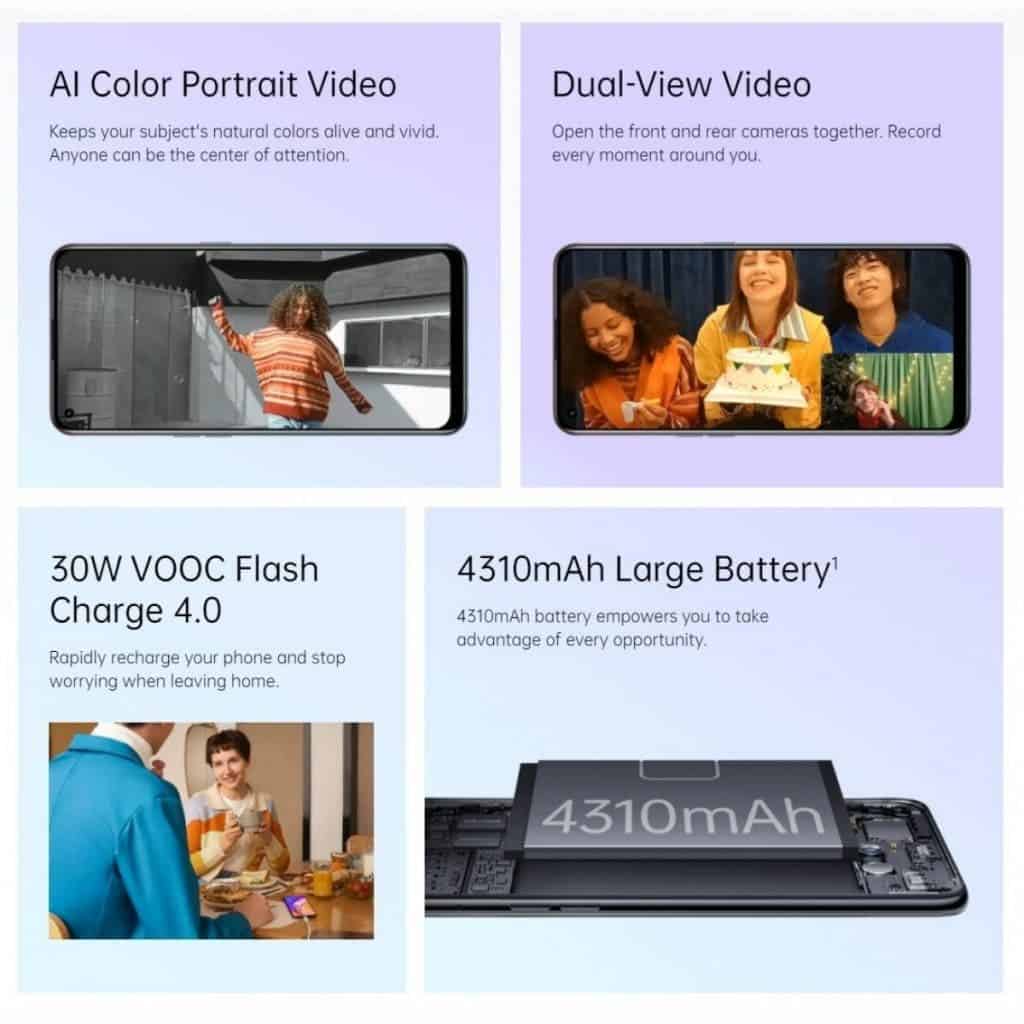 The Reno5 F probably has an OLED display with an in-display fingerprint scanner. After all, the power key is protruding from the right-hand side. The volume keys probably are placed on the other side. An OLED panel will not be a first for the Reno5 series. After all, this is a premium mid-range smartphone lineup from Oppo. The big icing on the cake of Reno phones is that they are cheaper than other premium smartphones from Oppo.

The device’s panel has a left-aligned punch-hole that serves as a house for the selfie camera. Unfortunately, the Kenya webpage does not give us any info about the selfie shooter. Another interesting feature in this device is the 3.5mm headphone jack. While many companies are leaving the analog port behind, Oppo is keeping it safe on its Oppo Reno5 F. We don’t know the phone’s exact dimensions, but the landing page suggests an “ultra-slim body”. This will not be the first time that Oppo works hard to make a slim phone. After all, this brand was behind the world’s thinnest smartphone, the Oppo R5. Thankfully, the phone still has a good battery capacity complete with fast-charging capabilities. The device probably ships with Android 11 and ColorOS 11 straight out of the box. Last but not least, this probably is a 4G LTE smartphone, since there is no mention about 5G.

Despite the phone’s appearance on the website. It still is one month away from a release. According to the landing page, the Oppo Reno5 F will be “available on March 22”. However, the actual launch with sales is expected to begin on March 26.