Moto E7i Power also appeared on Bluetooth SIG earlier this month with model numbers XT2097-12 and XT2097-13. There were reports, which suggest that in China Moto 7i Power will be sold as Lenovo K13. According to various reports and leaks, the specifications and features of Moto E7i Power and Moto E7 Power are posted below. 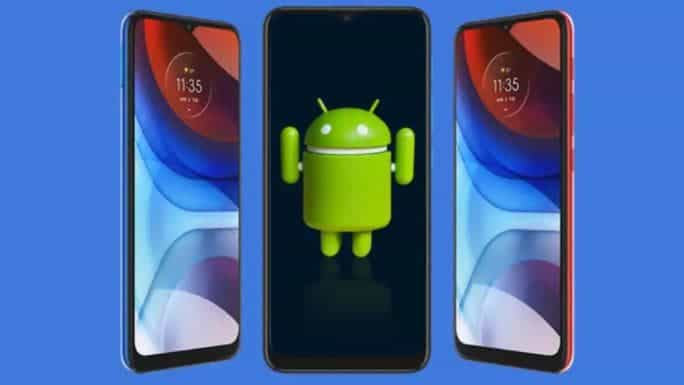 It will feature a 6.5-inch HD+ display with 1600 x 720-pixel resolution. The phone is expected to be powered by an Octa-core MediaTek Helio P series SoC. It will come with 2GB of RAM and 32GB internal storage along with a microSD card slot. The smartphone will feature a dual-camera setup at the back with a 13MP primary camera and a 2MP depth camera. Moto E7i Power will have a 5000 mAh battery with fast charging support. The phone will run on the Android 10 GO edition out of the box.

It will also feature the same 6.5-inch HD+ Max Vision display. Moto E7 Power will be powered by a MediaTek Helio P22 SoC. It comes with 4GB of LPDDR4X RAM and 64GB internal storage along with a microSD slot. Moto E7 Power packs dual cameras that include a 13MP primary camera and a 2MP depth camera. On the front side, there will be a 5MP camera for selfies and video chats.

The smartphone will have a USB Type-C port as well as a 3.5mm headphone jack. Moto E7 Power takes its power from a huge 5000 mAh battery and runs on stock Android.