According to the source, Huawei CEO Yu Chengdong announced that Huawei Mobile Services (HMS) are available to drivers and passengers of Daimler AG’s latest flagship sedan, the Mercedes-Benz S-Class. Users can display any application on the large OLED screen of the car multimedia system, read news, listen to music or podcasts, watch various videos and, of course, play games.

HMS for Car is a cloud-based auto service that includes an app store integrated into the car media system and a Huawei smart voice assistant. Interestingly, applications launched with HMS for Car do not require installation.

Huawei mobile services are available in the newest Mercedes-Benz S-Class in China, but whether they will appear in auto versions for Europe and other regions is still a question. the company, in turn, has promised to work with other automakers to integrate HMS for Car into their vehicles. 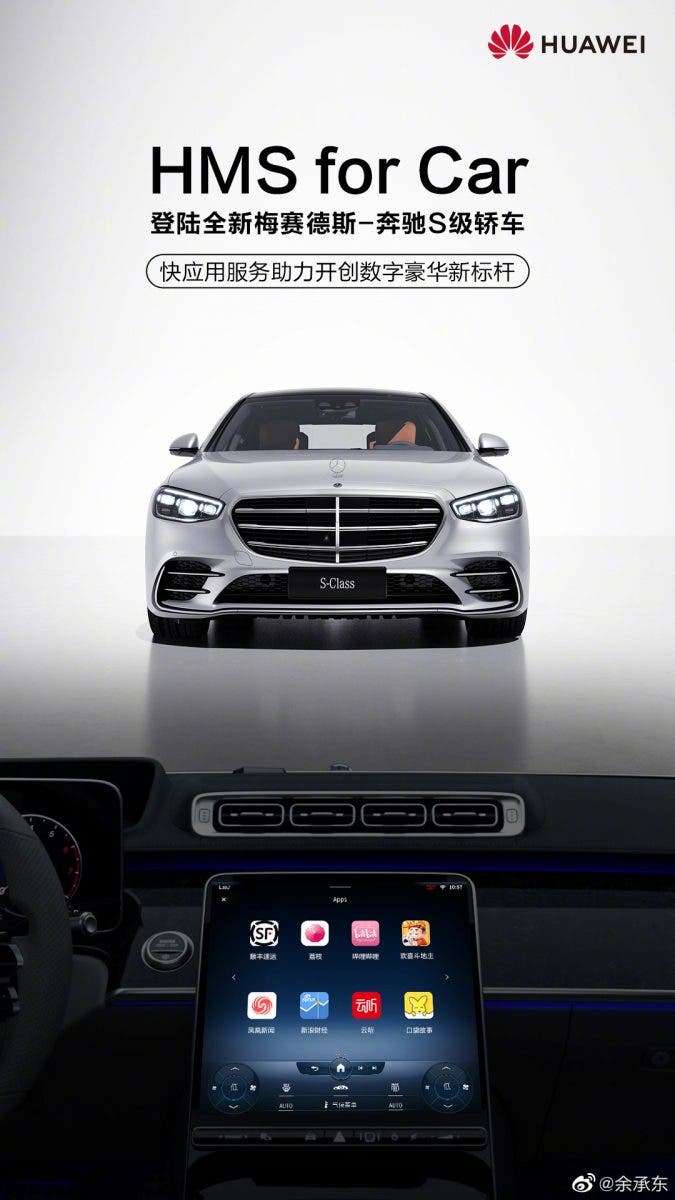 Joe Biden took over as head of the White House last month. Huawei now expects the new US president to improve relations between the two countrie; as well as American and Chinese companies. Ren Zhengfei said Huawei remains determined to buy equipment from US companies; and that restoring Huawei’s access to US goods is mutually beneficial. In addition, he suggests that the restrictions on the Chinese tech giant will hurt US suppliers.

Next Galaxy A52: colors, versions, features and prices