Meizu is set to announce the flagship line of the Meizu 18 smartphone series as early as next week, but in the meantime, the company continues to publish teasers confirming the characteristics of the devices.

The manufacturer has confirmed that the Meizu 18 Pro smartphone will be based on the Snapdragon 888 SoC. Along with the high-performance platform, the Meizu 18 Pro will also receive LPDDR5 RAM and UFS 3.1 flash memory.

The company also announced an embedded software called One Mind 8XX, which should optimize the phone’s performance and power consumption. 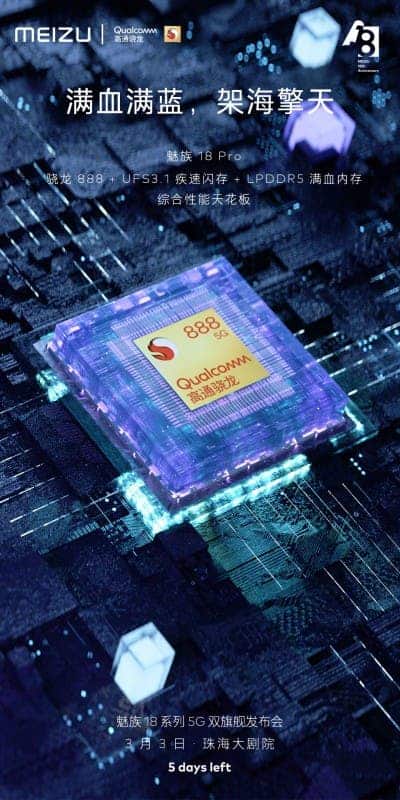 The company has previously released images confirming that the smartphones feature bezel-less, side-curved displays, and the front-facing camera is embedded in the top center of the screen. Because of this, the Meizu 18 and Meizu 18 Pro have become similar to many other modern flagships.

The Meizu 18 should be equipped with the Snapdragon 870 mobile platform, 8GB of RAM and 256GB of flash storage, and a 64MP main camera. Both models will feature Samsung E4 AMOLED displays with FHD + resolution and a 120Hz refresh rate.

The presentation is expected on March 3. 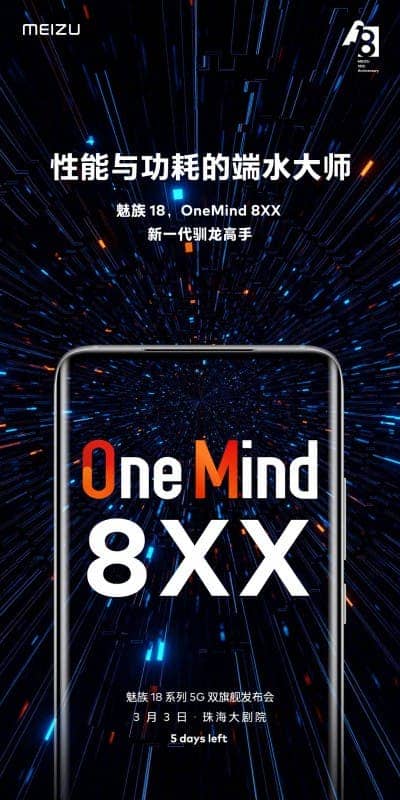 Meizu was once one of the most notable and relevant smartphone brands in China. However, in counterpart to its fellow smartphone brands, it failed to build a solid presence and consistent strategy in the global markets. With the advent and success of other brands in the multiple price segments, Meizu lost its big market share. Despite this, the company still has some smartphones every year. Last year, the brand debuted its Meizu 17 series, and now it is set to unveil the Meizu 18 and Meizu 18 Pro.

Meizu is celebrating its 18th birthday in March and will begin a “holiday-season” that goes from March 1 to March 3. During this three-day window, the company will unveil a set of new products and its new software skin. Of course, the big stars of the show will be the two flagships which are set to debut on March 3. Now, the company is building some hype for the handsets by revealing key details about their displays. 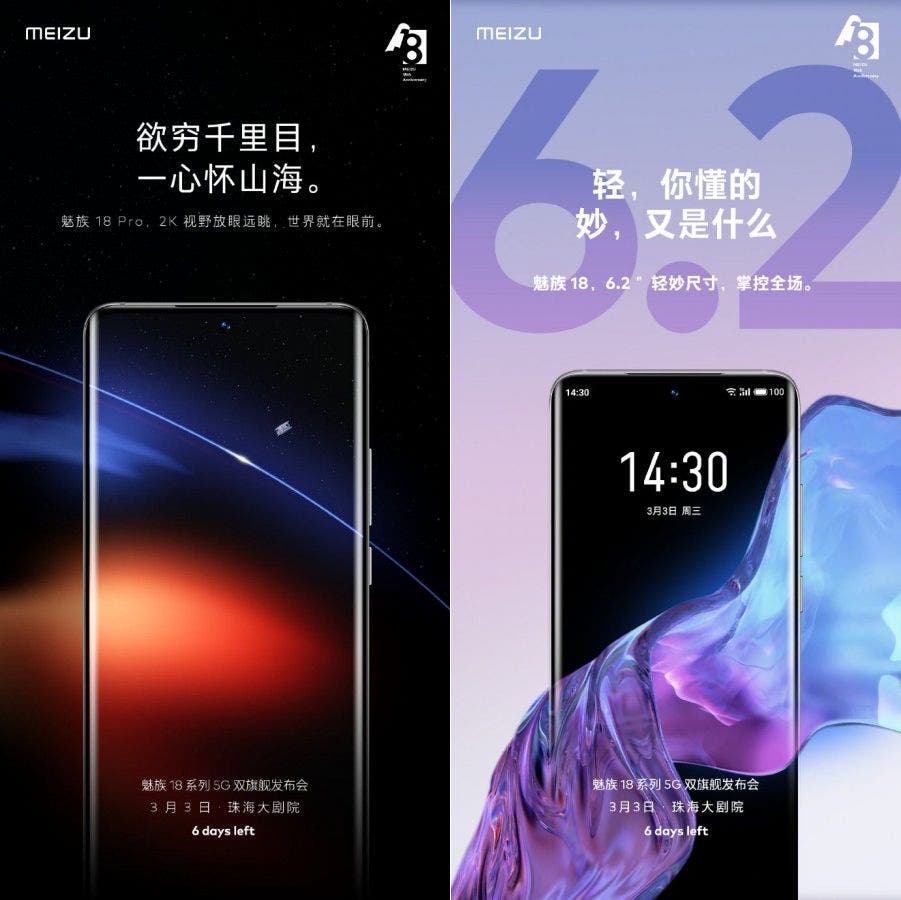 The platform brings more power and efficiency but has similar architecture. Qualcomm has this chipset for cost-effective flagships. Hence companies will not need to use the last year’s chipsets; as the Snapdragon 870 will be a more advantageous option. The Meizu 18 and 18 may also differ in battery capacity and charging speed. Some leaks suggest a 4,000mAh battery in the vanilla and 4,500mAh on the bigger variant. Unfortunately, the devices will lack a charging brick. Instead of going against the tendency to make its devices differ, Meizu will simply follow what other companies are doing.

Previous Redmi: the pop-up camera takes up too much space