Today, a Weibo blogger revealed that Huawei is about to release a new audio system designed in cooperation with DEVIALET. At the end of last year, there was news that Huawei may launch the Pro version of the Sound speaker series. So now, there is every reason to think we are dealing with the Huawei Sound Pro smart speaker.

At the end of 2019, Huawei officially released its first flagship smart speaker Sound X at the MatePad conference, priced at 1999 yuan ($308). The Huawei Sound X smart speaker was jointly built by Huawei and DEVIALET. It adopts a cylindrical shape and its design concept comes from the dome of the Vienna Concert Hall. The dual woofer of Huawei Sound X body uses high-magnetic neodymium iron boron, which is a rare earth material. It features DEVIALET’s patented Push-Push symmetrical acoustic design and SAM bass enhancement technology. It can achieve the bursting bass effect on two double woofers. The Huawei Sound X is also the first smart speaker to pass the Hi-Res certification, supporting 360-degree surround sound and smart spatial perception. 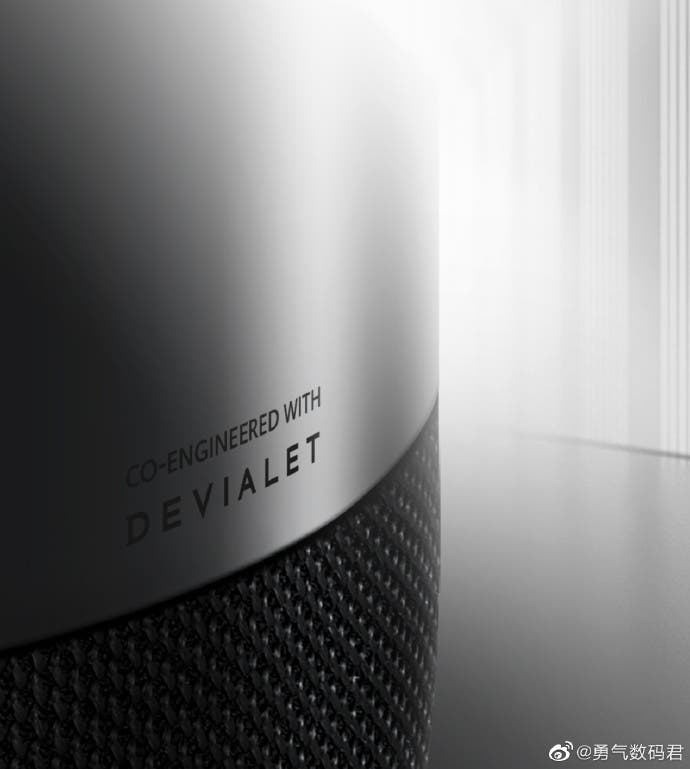 On October 22, 2020, Huawei and DEVIALET launched a new product – the Huawei Sound, which costs 999 yuan ($154). The HUAWEI Sound speaker adopts DEVIALET’s four-speaker acoustic structure design. It comes with 4-inch woofer and 3 full-range speaker units. They are paired with 2 Push-Push symmetrical passive units to create a 360-degree surround sound effect. In terms of appearance, the Huawei Sound has almost the same appearance as the Huawei Sound X. But it is more compact and exquisite.

So what can make the Huawei Sound Pro really a Pro product? Well, we expect improvements in the sound quality and support for smarter features. A Chinese leakster already confirmed the product’s existence, unfortunately, he did not say anything about the features offered by the product. Neither he confirmed whether it will come as Huawei Sound Pro or Sound X2. For now, the simple Pro addition in the name is just an assumption.

Smart Speaker Market ‘Dying’: No One Can Save It