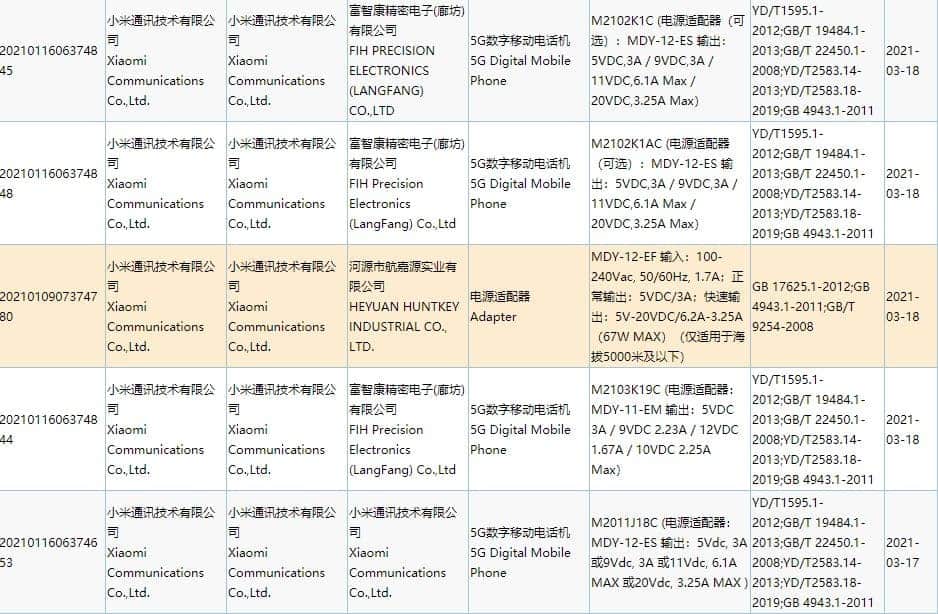 Previously, we learned that three models of M2102K1AC, M2102K1C, and M2011J18C are the two flagship models of the Xiaomi Mi 11 series and Xiaomi’s first folding screen smartphone. All three models have passed the Ministry of Industry and Information Technology certification. We think they should hit the market in March or April.

Today, Xiaomi got a 3C certification for another new machine. The M2011J18C comes standard with 11V 6.1A charger MDY-12-ES, which supports up to 67.1W fast charging as well as 5G network. All the aforementioned models also come with similar features. However, we have no doubts that this is going to be Xiaomi’s folding screen phone.

If everything we have heard about this handset is true, it’s going to become the best creation in the MIX series. It should adopt an internal structure design similar to the Samsung Galaxy Z Fold 2. But there wouldn’t be a notch or a hole on the front. Inside, the phone will have a Qualcomm Snapdragon 888 chip, an LPDDR5 memory, a UFS 3.1 flash storage and other top-end features. 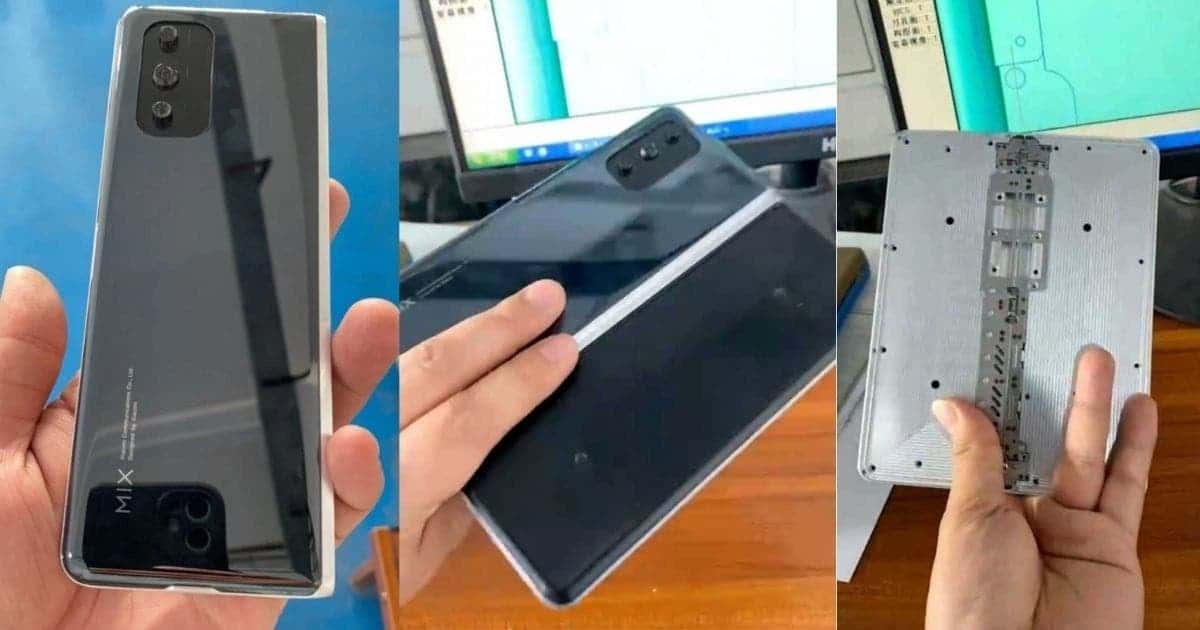 The screen refresh rate of this phone is 90Hz (engineering machine). But it can reach 120Hz, and it uses Samsung’s latest UTG flexible glass technology. The rest of the noteworthy features include a 108MP camera, MIUI12 based on Android 11 and many more.

If believing in the video posted then deleted on YouTube, the Xiaomi Mi 11 Ultra will have a secondary screen on the back. Also, this phone will come with a 120x zoom lens that is the same as that of the Xiaomi Mi 10 Ultra. The rear lens has a 50MP resolution. Plus, there will be two 48-megapixel wide-angle and zoom sensors.

On the front, our protagonist will carry a 6.8-inch quad-curved OLED display with a resolution of WQHD+, an adaptive refresh rate of 120Hz, a 20-megapixel front lens, and Corning Gorilla Glass.

As said, the phone will support 67W wired fast charging, 67W wireless fast charging and 10W reverse wireless charging. So the 5000mAh battery will get blood very quickly. The rest of the features include an IP68 dustproof and waterproof rating, speakers tuned by Harman Kardon, and Qualcomm Snapdragon 888 chip.