OnePlus CEO Pete Lau shared details on the OnePlus Watch on Twitter. In particular, he said that the smartwatch supports over 110 training modes. He accompanied this data with visual animation.

Walking, swimming, cycling, running, cricket, badminton, weightlifting, ballet, shooting are just a tenth of the modes supported by the OnePlus Watch. They will probably be recognized automatically. It should be noted that a large number of training modes are not exclusive to OnePlus: there are more than 80 of them in the Amazfit GTS 2, Amazfit GTR 2, Huawei Watch Fit and Honor Watch ES.

Recall that the official premiere of the OnePlus Watch on the home market will take place on March 24. According to preliminary data, the watch received a round display with a diameter of 46 mm, heart rate and SpO2 sensors, a sleep monitoring system, an RTOS-based OS, 4 GB of internal memory and protection from dust and water in accordance with the degree of IP68. Also, with the help of the clock, it will be possible to control the media player of the smartphone and the OnePlus TV. 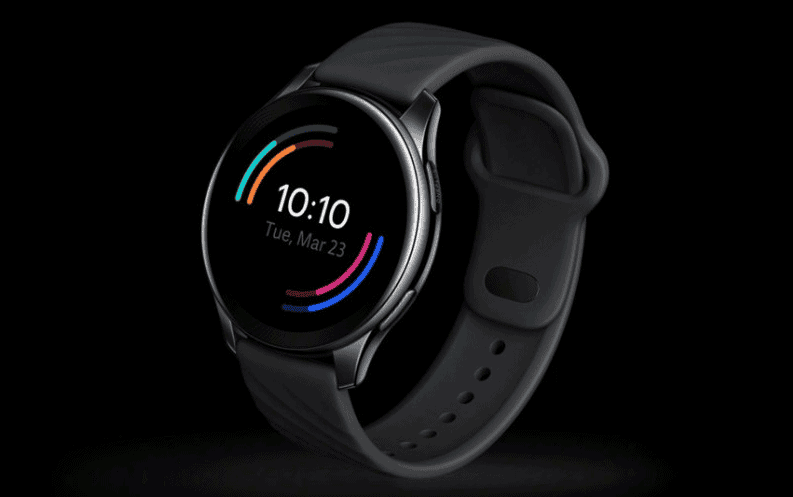 The Chinese company OnePlus continues to tease the internet public’s interest in its first smartwatch, the OnePlus Watch. Recently, OnePlus has published the first high-quality image of the smartwatch.

A press-render confirms the use of a round screen with a frameless design – the protective glass has rounded edges. Two buttons are visible on the right side of the case.

In addition, the OnePlus Watch is already open to receive pre-orders in the OnePlus store on JD.com. Those interested can reserve the watch by paying $8 as a deposit. The company has not yet announced the price and the main characteristics of the watch; so those wishing to place an order will have to take a risk.

The official debut of the OnePlus Watch is scheduled for March 24, 2021, alongside the OnePlus 9 series of smartphones.

In addition to the upcoming smartwatch, OnePlus has published a teaser for the OnePlus 9R 5G smartphone – the third model of the new OnePlus 9 line. Judging by the picture, we are talking about a gaming model with large mechanical keys like portable consoles. Although it’s safe to say that these mechanical keys are just an accessory; and the smartphone itself will look completely familiar.

There are already some details about this model. So, it is expected that the OnePlus 9R 5G will be built on the Qualcomm Snapdragon 690 SoC, will receive a 6.5-inch Full HD + screen with a frame rate of 90 Hz, a camera with 64 and 8-megapixel sensors, and a 5000 mAh battery.

Next HarmonyOS will replace EMUI 11 on Huawei P40, Mate 40 and Mate X2 in April