Vivo unleashed the Vivo X60 series in China during the last days of 2020. The devices came with a cutting-edge Exynos SoC chipset which isn’t common in devices out from Samsung. We knew that these devices would eventually hit the global markets, but their International release is bringing more surprises than we’ve been expecting. Instead of the Exynos 1080 chips, the Vivo X60 will hit global markets with Snapdragon 870 chipsets. Today, Vivo Pakistan confirmed some of the specifications for the Vivo X60 Pro. These include the aforementioned chip and Gimbal Stabilization 2.0 camera.

Apart from these already known details, the publication also brings additional tidbits about the gimbal stabilization system. The company revealed a teaser video showcasing the main camera. The primary sensor moves side to side hinting at its gimbal stabilization prowess. The phone will also pack a new pixel shift system that will apparently take up to 8 static shots which will then be stitched together for optimal color information and clarity. Of course, Vivo will bring a deeper explanation about this system during the official event.

The new teasers also reveal the phone’s excellent performance in Nighttime photography with Vivo’s Night Vision 2.0 and confirm the Black and Blue color. The Vivo X60 series is composed of three smartphones in total – Vivo X60, X60 Pro, and X60 Pro+. It’s unclear if all global markets will get all three variants.

The Vivo X60 Pro+ was the only device coming with a Qualcomm Snapdragon 888 SoC. We believe that the global variant will retain its top-end chipset. The phone has a 6.56-inch 120Hz FHD+ AMOLED screen with a fingerprint reader underneath. The smartphone draws power from a 4,200mAh battery with 55W fast-charging and comes with a Penta-Camera setup.

The phone has a 32MP selfie snapper sitting inside of a punch-hole cutout. The main camera department has a 50MP primary camera joined by a 32MP telephoto, 8MP periscope, and 48MP ultrawide units. The last one comes with a gimbal stabilization system that can correct ±3° of movement. 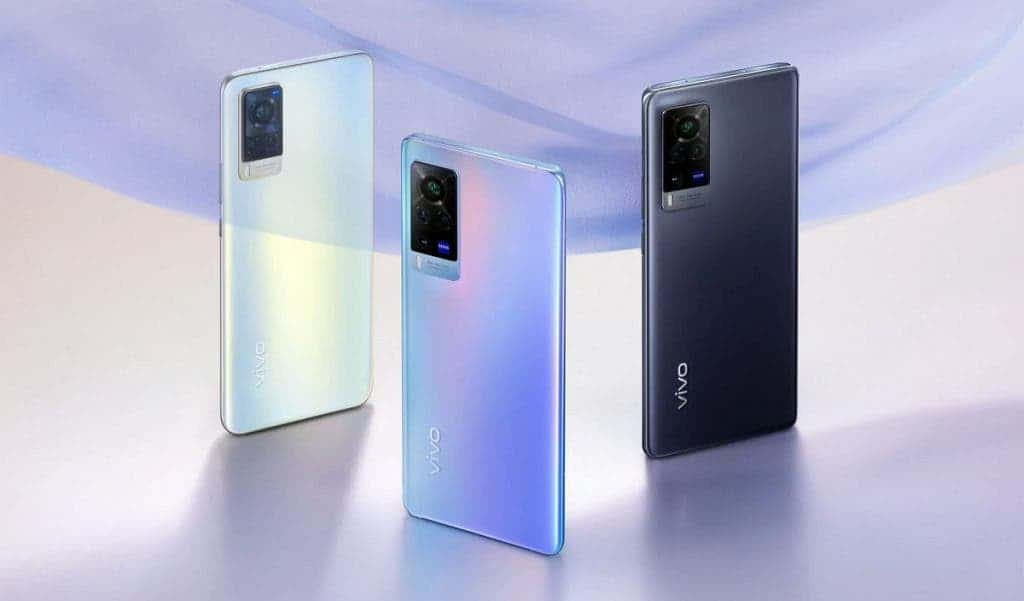 The Vivo X60 Pro, on the other hand, packs Exynos 1080 chip in China. The Global variant is likely coming with a Snapdragon 870 chipset. It flaunts a 6.56-inch FHD+ 120Hz AMOLED display with a fingerprint scanner underneath. The X60 Pro ships with a 4,200mAh battery with Pro+ but the charging speed is capped at 33W. The X60 Pro also has a 32MP selfie snapper, but the camera system comprises a 48MP, 13MP ultrawide, 13MP portrait, and 8MP periscope cameras.

The vanilla X60 will also come with the Snapdragon 870 and shares the screen, selfie camera, and charging speed of the X60 Pro. The phone has a bigger 4,300mAh battery. It has a 48MP primary, 13MP ultrawide, and 13MP portrait units.

Next Foldable iPhone Vs Full-screen iPhone - why are they not here yet?