In the past few days, there have been multiple reports regarding the upcoming Xiaomi Mi Band 6. Today, Xiaomi officially announced the Mi Band 6 and stated that the product will be unveiled at the 29th press conference. The poster shows that the new generation band will achieve a full screen. The display range covers the semicircular area and the distance between the screen and the frame will be narrower. 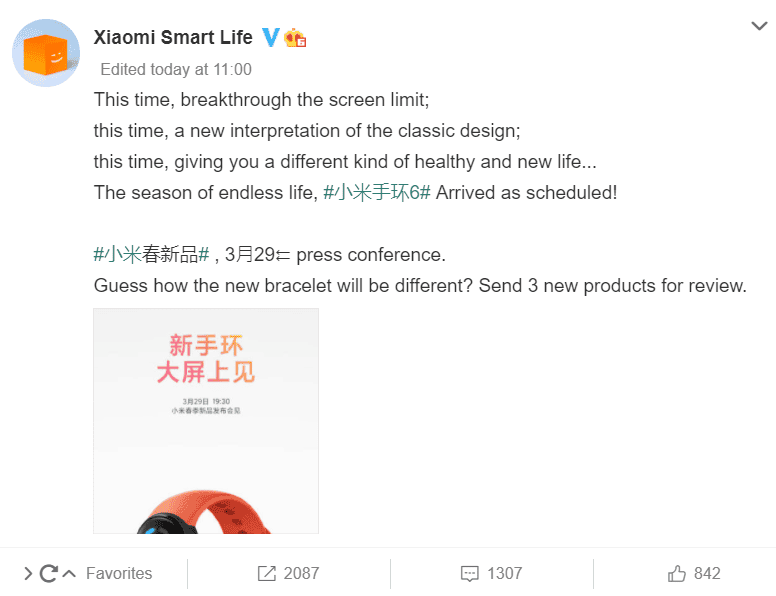 Zeng Xuezhong, vice president of the mobile phone department of Xiaomi Group, released some data on Xiaomi bands today. According to him, so far, the sales volume of Xiaomi bands has exceeded 120 million units. He also refers to the Xiaomi smart band series as a “national band”. Of course, when he says “national”, he means the Chinese nation. In addition, Mi Band 6 is more like the “graduation model” in the smart bracelet. 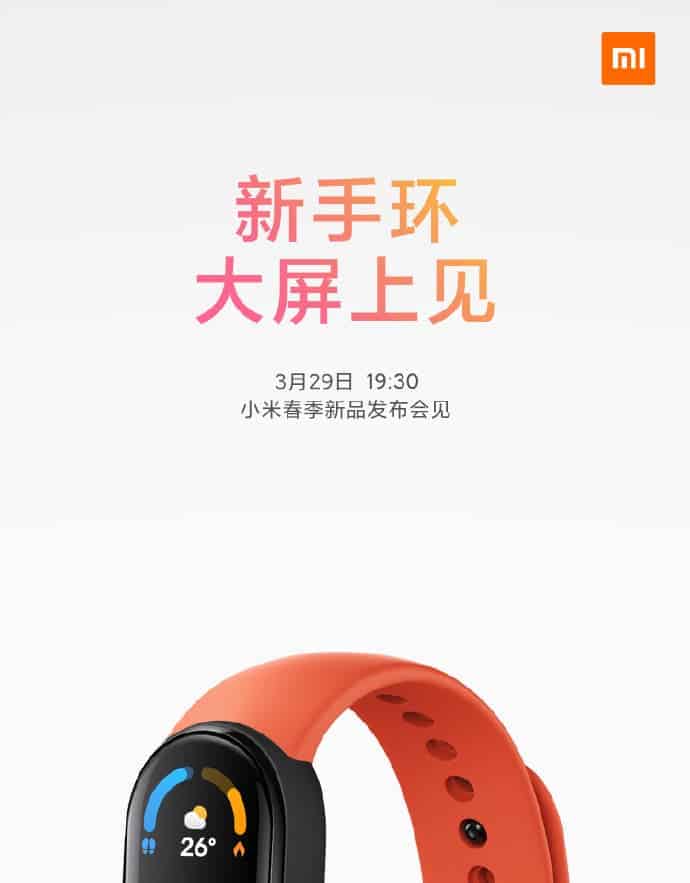 Xiaomi Mi Bands has been around for almost a decade

Well, you may be wondering how long the Xiaomi Mi Band has been in the market. According to Zeng Xuezhong, it has been nearly 7 years since the first generation of Mi Band hit the road. This means that between 2014 and now, Xiaomi has shipped out over 120 million Mi bands. With this number of bands in the market, smart wearable devices are gradually becoming popular demand products.

With the current popularity of wearable devices, Xiaomi bands have played an important role in it. When Xiaomi made the first generation of bands, it determined the goal of creating a “national bracelet”, and each generation of Xiaomi band brought Xiaomi closer to the original goal.

With the first generation Xiaomi Mi Band, the company changed the smart band market pricing. Its first generation band hit the market for 1/10 of the price at the time. Then, with the release of the Xiaomi Mi Band 2, the company adds an OLED display to its smart band. This introduced a new type of interaction with the smart bands. The Mi Band 3 adds a multi-functional NFC, giving the band more attributes. With the Mi Band 4 came Xiao Ai, successfully adding the bracelet into a part of the AloT strategy. The latest generation Xiaomi Mi Band 5 further improves its Health and exercise functions, making the bracelet a personal trainer for every user…

Zeng Xuezhong claims that on the basis of previous works of past generations, Mi Band 6 brings a new experience and a more extreme industrial design to Mi Fans.

Next This Galaxy S21 camera feature might no longer be exclusive!