Chinese manufacturing giant, Xiaomi, will hold a new product press conference on March 29th. At this conference, the company will release a plethora of devices. We expect the Xiaomi Mi 11 Ultra and Mi 11 Pro. In addition, there will be the Xiaomi Mi Band 6, a new Mi MIX phone, a notebook, and an air-conditioner. According to Xiaomi, this product conference will be the largest in the history of Xiaomi. The company will reveal more new products at this conference than it has ever done in a single event. 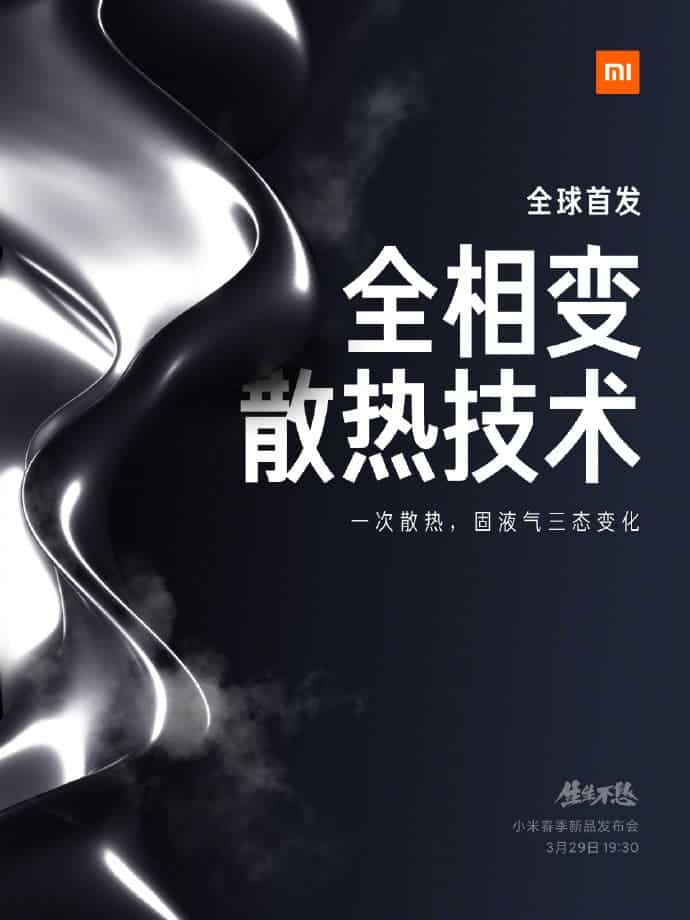 Today, Xiaomi officially announced another upgrade that the Xiaomi Mi 11 Ultra will bring. According to the company, this smartphone will be the first to use a full phase changing heat dissipation technology. This technology can achieve one-time heat dissipation. In addition, it also changes its heat dissipation methods between three stages – solid, liquid, and gas. 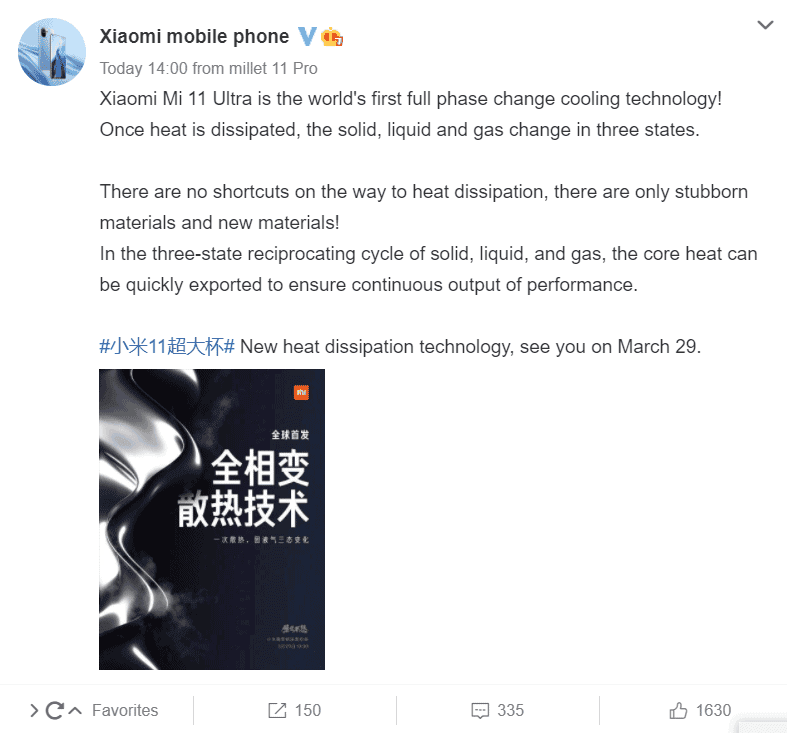 Xiaomi officials say that there is no shortcut on the way to heat dissipation, there are only heavy materials and piles of new materials. In the three-state reciprocating cycle of solid, liquid, and gas, the core heat can be quickly exported to ensure continuous output of performance.

Yesterday, Xiaomi announced that the Xiaomi Mi 11 Ultra will launch the first super fast-charging silicon-oxygen negative electrode battery. This battery solution can make a  mobile phone battery thinner and faster. According to the company, this solution is very effective in electric cars. The company is also the first to use this technology for cars. It adds that nano-scale silicon materials through the negative electrode bring 10x the theoretical gram capacity of graphite.

Over the past few weeks, there have been several warm-up posters regarding the Xiaomi Mi 11 Ultra. According to the company, this device will be the first to use Samsung ISOCELL GN2 CMOS with a 1/1.12″ inch ultra-outsole. Each pixel of 50MP reaches 1.4μm, which is an unprecedented 2.8μm after integration. It is also the world’s first Dual PD Pro and full-pixel omnidirectional 8-core focusing device.

Xiaomi hopes to do a lot with this flagship. In fact, the company claims that this smartphone is challenging for the title of “Android Phone King”. It is hoping to get this title (Android King) in the imaging sector. Whether or not Xiaomi Mi 11 Ultra will to DxOMar rating remains to be seen.